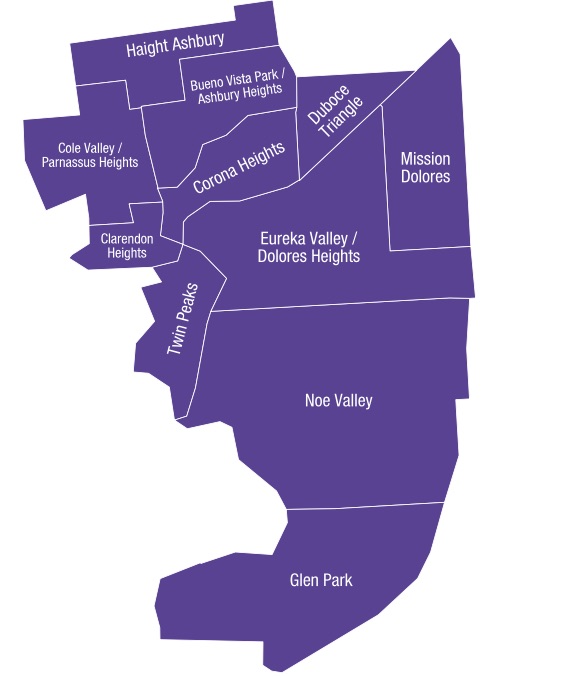 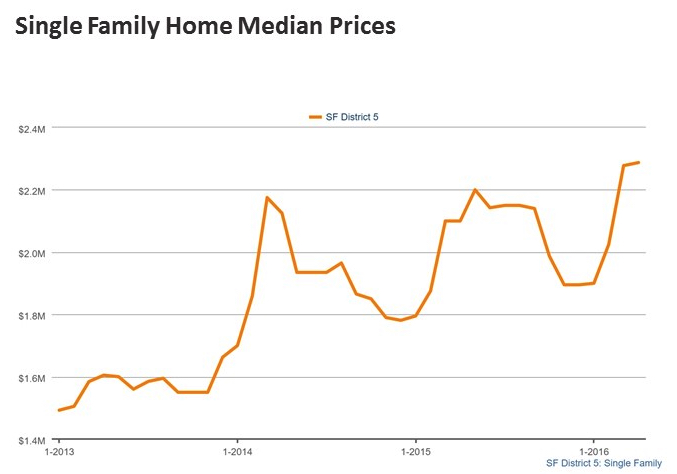 Resale condo-loft median prices have resumed the downward trend that started last September with a brief uptick in January and February. hey dropped 2.3% from March to April, landing at $1,245,000, which is the lowest median sales price since April 2015. They are down 0.4% year-to-date and 9.6% since their peak at $1,377,000 September 2015. 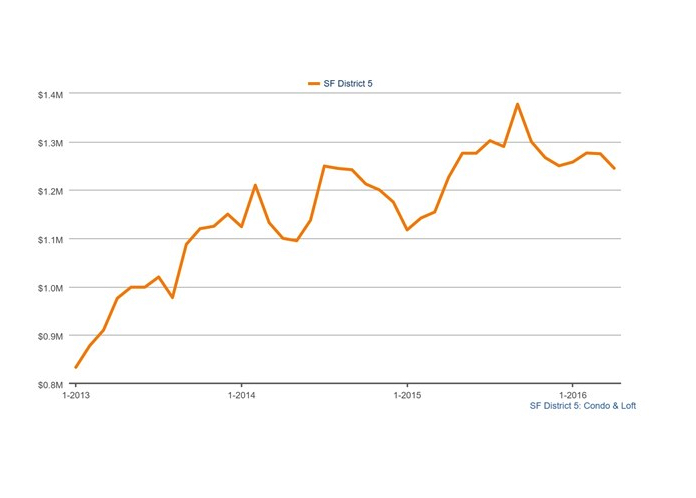 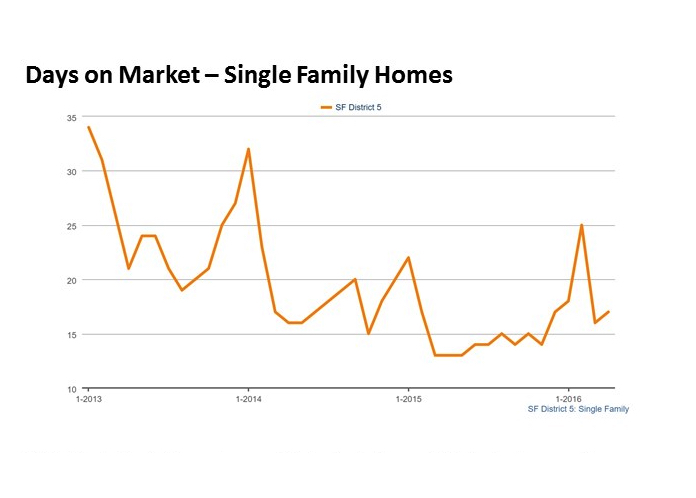 While Single Family Homes Days on Market inched up to 17 in April, they are still at historically low numbers.

Days on Market for Resale Condo/Lofts dropped from 19 to 16. 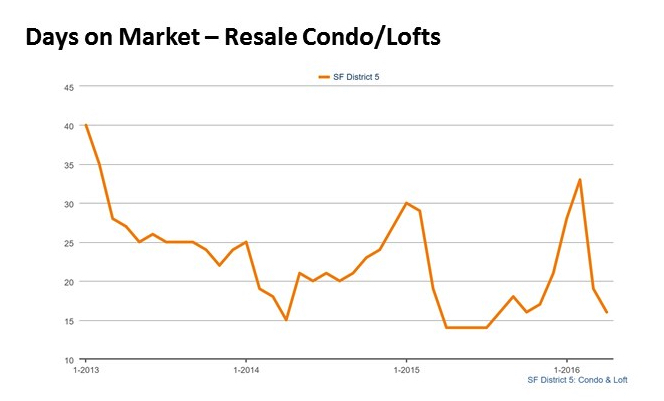 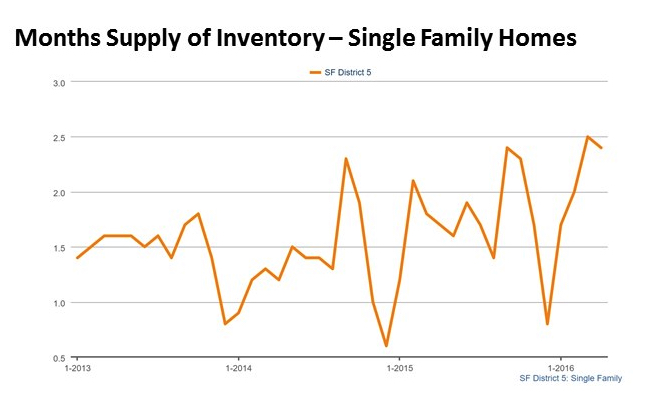 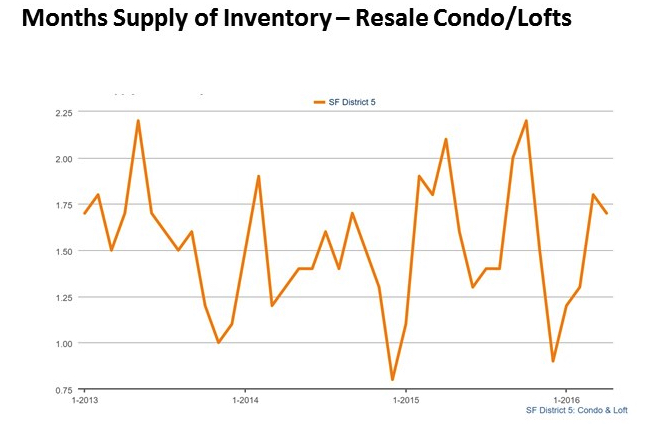 This April there were the same number of single family home listings as in April, 2015. Over all, there have been 136 new listings in District 5 this year, one fewer than last year. 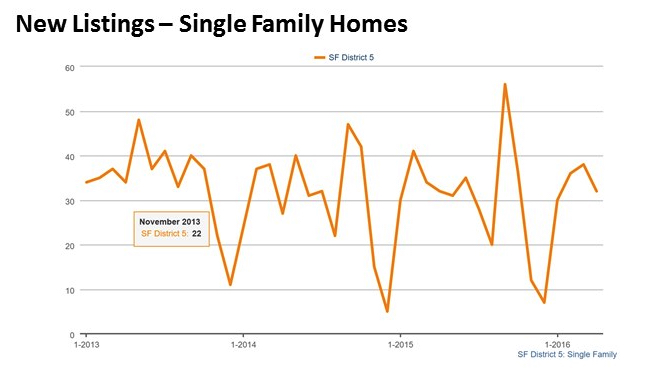