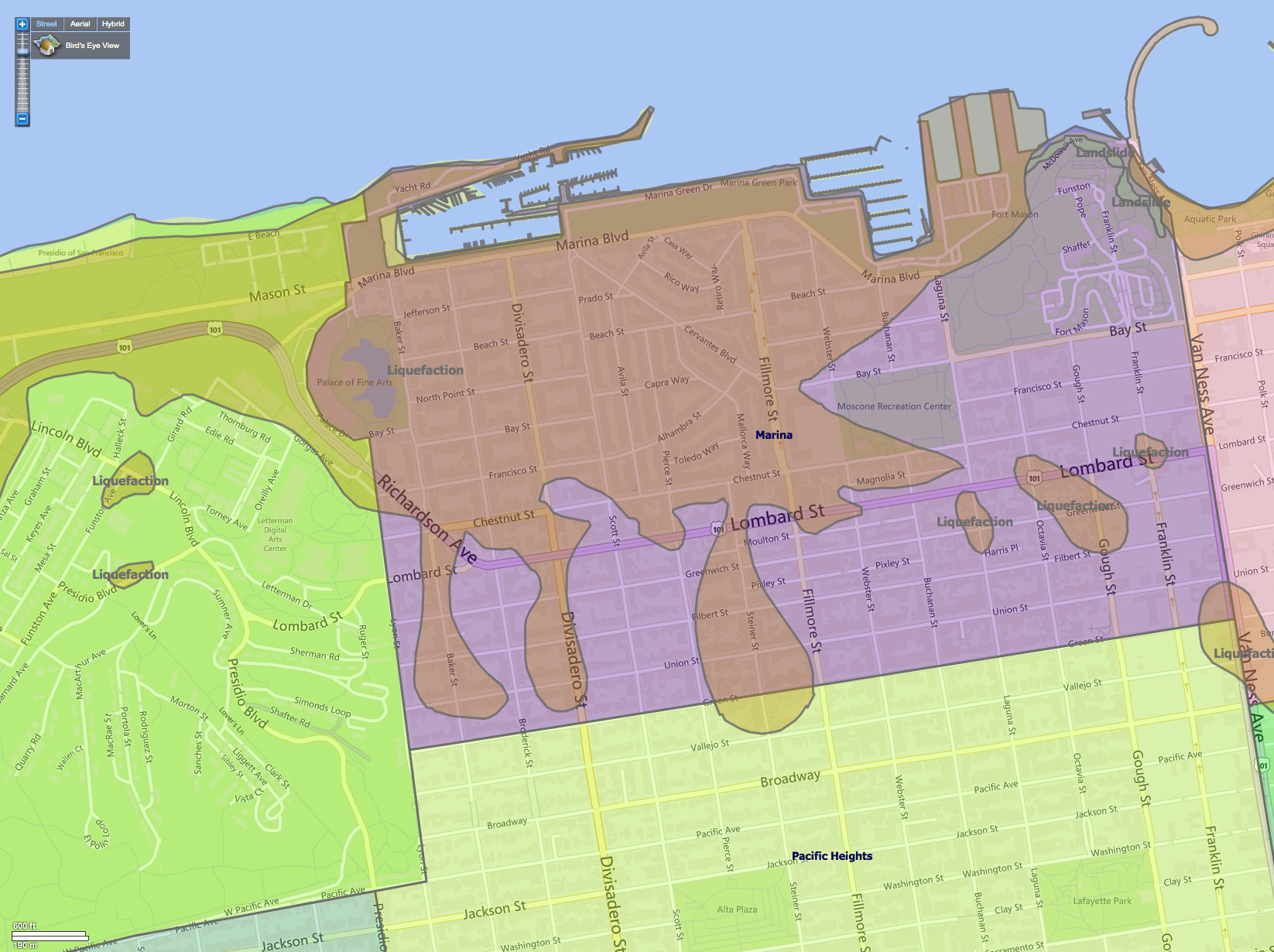 Did you feel it? At about 7:30 PM last night, the US Geological Survey recorded an earthquake below one corner of El Cerrito’s Sunset View Cemetery, about 4.9 kilometers down. (That’s three miles, more or less.)

It was really just a little bump and rattle, measuring 2.5 on the Richter scale–barely worth noticing, although people DID notice, commenting as usual via social media that the tiny tremor shook them out of their evening reverie. USGS received reports of shaking as far away as Salinas in the south and Meridian in the north.

Every time even a small quake lights up the region we get questions about liquefaction, and shaken readers flock to our past blogs about likely liquefaction zones throughout the city. Problem is, it’s been a few years now, and many of the resources linked in those past updates are nonfunctional, absent, or simply out of date.

So in the interest of keeping everyone informed, here is all the latest about what’s going on beneath San Francisco’s surface–and what COULD happen in a likely future seismic scenario.

For those who don’t know, “liquefaction” refers to an oddball geological phenomena that can cause seemingly solid ground to lose all consistency and behave like liquid during and just after a large earthquake; the effect is only temporary, but can devastate unfortunate nearby structures. In the 1989 Loma Prieta earthquake, most of the major structural damage and loss of life happened due to liquefaction in the Marina.

Liquefaction is most common in areas built from landfill, like much of the SF waterfront. Of course, structural damage can happen in ANY part of the city, and as we often stress, there’s simply no way to know what might happen to your house (or prospective house) in a major seismic event.

That said, it pays to be informed, so first up here’s the latest on the most likely SF liquefaction zones, straight from the California Geological Survey:

And the city’s own hazard zones map:

And while we’re at it, the most the city’s most recently updated soft-story retrofit map:

Note that the above are just static placeholder images–embeddable versions of these maps are no longer compatible with many browsers and platforms, which of course was the problem to begin with. But you can consult the interactive versions of each at the links above each, which remain valid.

It doesn’t pay to fret much over these things, but every SF resident should stay informed–because some day it will matter.