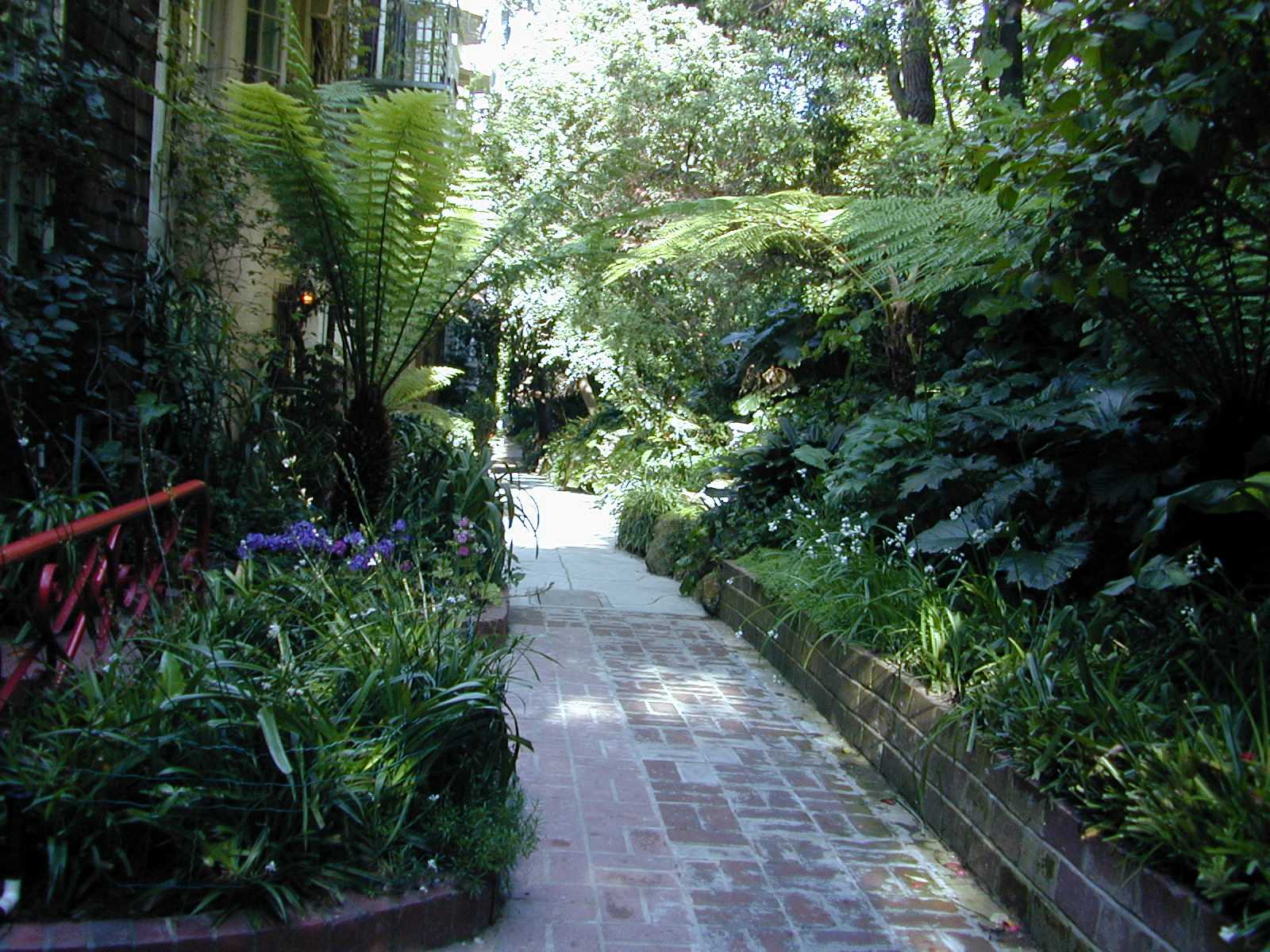 Macondray Lane is a narrow Russian Hill alleyway that branches off of Leavenworth, just north of Green Street. It’s a pleasant greenbelt with great views (most of it traversable only on foot), but seemingly unremarkable.

On May 24, 1976, the first of SF writer Armistead Maupin’s Tales of the City stories appeared in the San Francisco Chronicle, in which ambitious but naive young Mary Ann Singleton decides to move to San Francisco despite what her disapproving parents say.

The first chapter does not mention Singleton’s eventual apartment at 28 Barbary Lane, but that address becomes the centerpiece of Maupin’s tale about the melodramatic antics of bohemian eccentrics.

The serial became a hit, in part for its at the time daring exploration of queer themes. Maupin adapted it into a book in 1978 and went on to write eight more Tales of the City books, the most recent in 2014, often returning to the Barbary Lane setting. The series spawned several TV shows, a BBC radio show, multiple musicals, and a sometimes obsessive fan following.

Most San Francisco readers probably know that there is no Barbary Lane in the city, but in a 2017 documentary interview Maupin confirmed that he based the neighborhood on Macondray, which by that time was already the worst kept secret in publishing.

These days Macondray Lane is a high-demand housing corridor, just like the rest of Russian Hill: Presently only one home is for sale, 44 Macondray #44E, a two bed, two bath condo that just listed for nearly $1.55 million a few days ago. Previously, six Macondray homes sold this year (all since June), all of them condos priced between $800K and $1.27-plus million.

The current 44 Macondray listing does not mention the Barbary Lane legacy, but many other listings that appear on this street do: “Legend has it that Armistead Maupin lived on the lane when he wrote Tales of the City, while strobe lights coming off Alcatraz Island flickered in his room,” one realtor wrote in three different listings here earlier this year.

Macondray has lots of history of its own outside of the stylings of Maupin–the alley has been included on the National Registry of Historic Places since 1987, as part of what’s actually called the Russian Hill-Macondray Lane Historic District.

But some people remain drawn to the mystique of the glamorous but elusive Barbary Lane vision instead; while Maupin did base his stories here and there will forever be an unshakable connection between the faux street and the real one, they’re never really quite the same thing, any more than Chris Evans is really Captain America.

The boost that Maupin gives to housing interests on this once-obscure side street are quite genuine either way though.