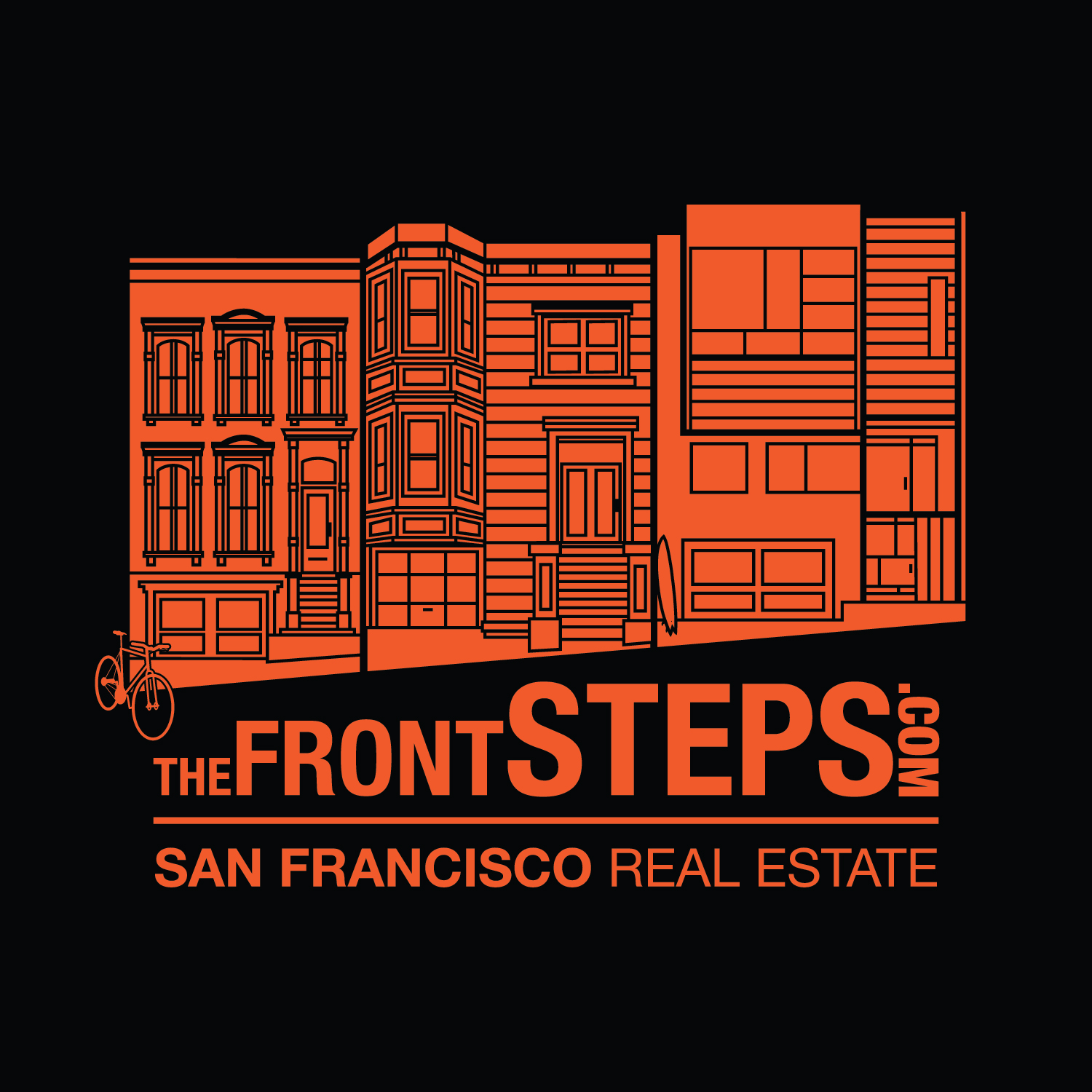 San Francisco House & Condo Values
Which Neighborhoods Dominate Home Sales?
Who Is Buying the City’s Luxury Condos and Why?

September saw the largest surge of new listings coming on market in the past 2 years, which led to a big jump in deal-making, but data on transactions negotiated in September won’t be available until most close escrow in October and early November. In the meantime, we’ll look at the last 2 quarters.

Median Sales Prices & Average Dollar per Square Foot
The following 2 charts look at current and longer-term trends in home values. As is common, median house sales prices dropped a bit in the 3rd quarter – this is due mostly to seasonality issues – though condos have held steady for 3 quarters now at $950,000. Dollar per square foot values have continued to increase to new peaks: This metric is particularly being impacted by new-development condo sales, which are breaking dollar per square foot records virtually everyplace they’re being built.

If you wish to drill down on values in very specific city neighborhoods, we recently updated our interactive map, which can be found here: SF Home Price Map

Where Home Sales Occur at What Prices

These 2 charts illustrate where the greatest quantity of house and condo sales occur in San Francisco. House sales are dominated by the districts running along the southwest and south borders of the city, from Sunset-Parkside down to Ingleside and across to Excelsior, Portola and Bayview. These areas are also among the most affordable in the city. With 25% of sales, the South Beach-SoMa-Mission Bay district has the biggest concentration of condo sales: Virtually the only place where high-rise, high-density projects can be built in the city, the latest to begin selling is the ultra-luxury, 656-unit Lumina development. Realtor district 5, the greater Noe-Eureka-Cole Valleys area, sees a large number of both house and condo sales: This area has appreciated ferociously since the early 1990’s.

Note that the median sales prices delineated on these charts combine neighborhoods of differing values and are generalities for the larger areas described.

Besides the neighborhoods in the chart above, the Lake Street, Sea Cliff and Jordan Park area had 35 house sales in the past year and a median sales price of $3,000,000 over the past six months, and Potrero Hill had 34 house sales and a median price of $1,460,000.

Who Is Buying San Francisco’s Luxury Condos & Why?
A report just published by 48HillsOnline analyzed the SF Assessor’s Office owner mailing records for 23 condo buildings comprising 5212 units, most built in the last 10 years and/or qualifying for the description “luxury real estate.” It found that 39% of owner mailing addresses were not those of the property, with percentages over 50% for ultra-prestige buildings such as the St. Regis, Four Seasons and Millennium – some of the most expensive real estate west of Manhattan. The article’s basic thesis is that building condos for the rich to use as second or third homes does virtually nothing to alleviate the city’s shortage of housing. Without agreeing with their conclusion, the analysis does confirm an interesting insight, i.e. the city is increasingly becoming a destination for wealth, as well as a location for the creation of new wealth.

As to the article’s anti-development case: First of all, 61% of owners appear to be owner-occupiers – working professionals, empty nesters, famous ballplayers and so on – and are clearly helping to address local home-buyer demand. Of the 39% with different mailing addresses, there may be a number of explanations: 1) units are indeed being used as second homes or pied e terres by the ultra-affluent who like to visit the city (and spend money in the local economy), 2) the units are being used as investments by local or, often, foreign buyers: to buy and hold, as long-term rental properties (which help alleviate the housing shortage), or as short-term Airbnb type rentals (which don’t), and 3) units are being occupied by dependents, such as children attending college. It’s also possible some mailing addresses are for services handling financial matters for owners.

Additionally, it’s true that developers of these condo projects, under city law, must build a certain number of affordable housing units or contribute funds to do so. Last but not least, the sale and ownership of these high-end condos contribute huge sums to the county’s transfer tax and property tax revenues, which help support city services.

Home Listings Selling over Asking Price
Average Days on Market
This next chart illustrates three points: 1) the remarkable heat of the city’s real estate market as buyers bid up home prices, 2) how seasonality impacts demand – with spring and autumn being the big, highest-demand, selling seasons, and 3) because of supply issues, the SF house market is somewhat hotter than the condo market (though it too, by any standard, is very hot).

Remember that because of the lag between listings coming on market and offers negotiated, and the actual close of escrow – upon which these statistics are based – September’s market is not reflected on these charts.

Days on market statistics still indicate a high-demand market and, again, that the house market is a bit hotter than those for condos and TICs. New condo development is helping to meet buyer demand, while new house construction barely exists in San Francisco. TIC sales, whose numbers have been dwindling in recent years, are impacted by a number of legal, political and financing issues.

San Francisco Employment
We recently illustrated our report on the main factors behind our market, charting employment, seen below, city population, city rents, interest rates and the S&P 500. Taken together, one clearly perceives the inter-connectedness between them and with SF home price trends as well. The full report, with all the new charts, is here: 10 Factors behind the Market

Neighborhood Snapshots
If you’d like information on home-value trends for other property types or other neighborhoods than shown below, please let us know. We cover all of them.

All data from sources deemed reliable, but may contain errors and is subject to revision. Note that every time one looks at median sales prices for even slightly differing time periods or areas, the prices will typically change. Statistics are generalities and how they apply to any specific property is unknown without a tailored comparative market analysis. All numbers should be considered approximate. Please contact us with any questions or concerns.
© 2014 Paragon Real Estate Group  & theFrontSteps.com