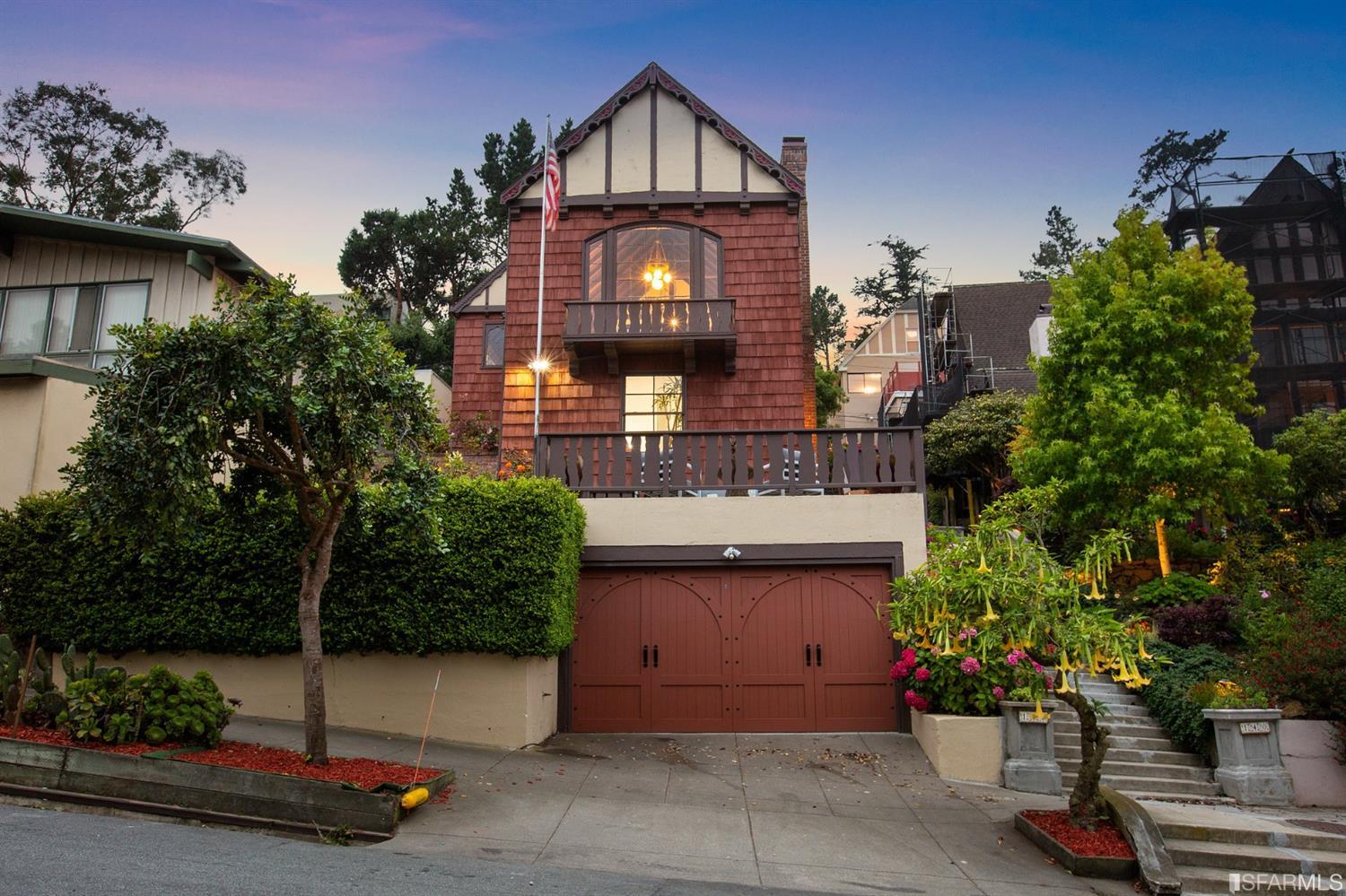 Proverbially, your home is your castle; in the case of a home like 146 Castenada Avenue, the resemblance is much more robust than mere proverbs might suggest.

This four bed, three bath Tudor home circa 1929, with its deeply classy rust-red exterior, listed with Compass on Friday for a kingly $3.79 million, up considerably from the $925,000 it fetched last time it sold in the halcyon age of 1999.

The Tudor style is not the most prevalent in San Francisco, but the Tudors that are here rarely fail to make a statement.

During the late 19th and early 20th centuries, this vaguely castle-like motif came back into fashion, this time producing smaller middle class homes that chased after the grandeur of those old European monuments.

It was actually American architects and homebuyers who drove the revival, according to architect Peter Pennoyer, coveting the appeal of old English domestic architecture. They were most popular in the northeast, which shares certain weather patterns with England and makes the sloped roofs and weather-resistant stonework more practical.

San Francisco is by comparison mild, but we too sport a deceptively cool and damp climate, so such homes fit in here as well, the spectacular Roos House perhaps being the most prominent example.

SF realtor Missy Wyant Smit writes that post-World War II patriotism killed the Tudor market most places, as American Colonial revival homes came into style instead. The Colonial look didn’t catch on in San Francisco the way it did some other cities, but here there was a move toward mass-produced homes that didn’t have time for the overwhelming ornateness of the Tudor legacy.

But at least the fad left us with some real prizes like 146 Castenada to tide us over into another century; you can’t turn back time, but at least you can own a piece of history–if your pockets are deep enough, that is.