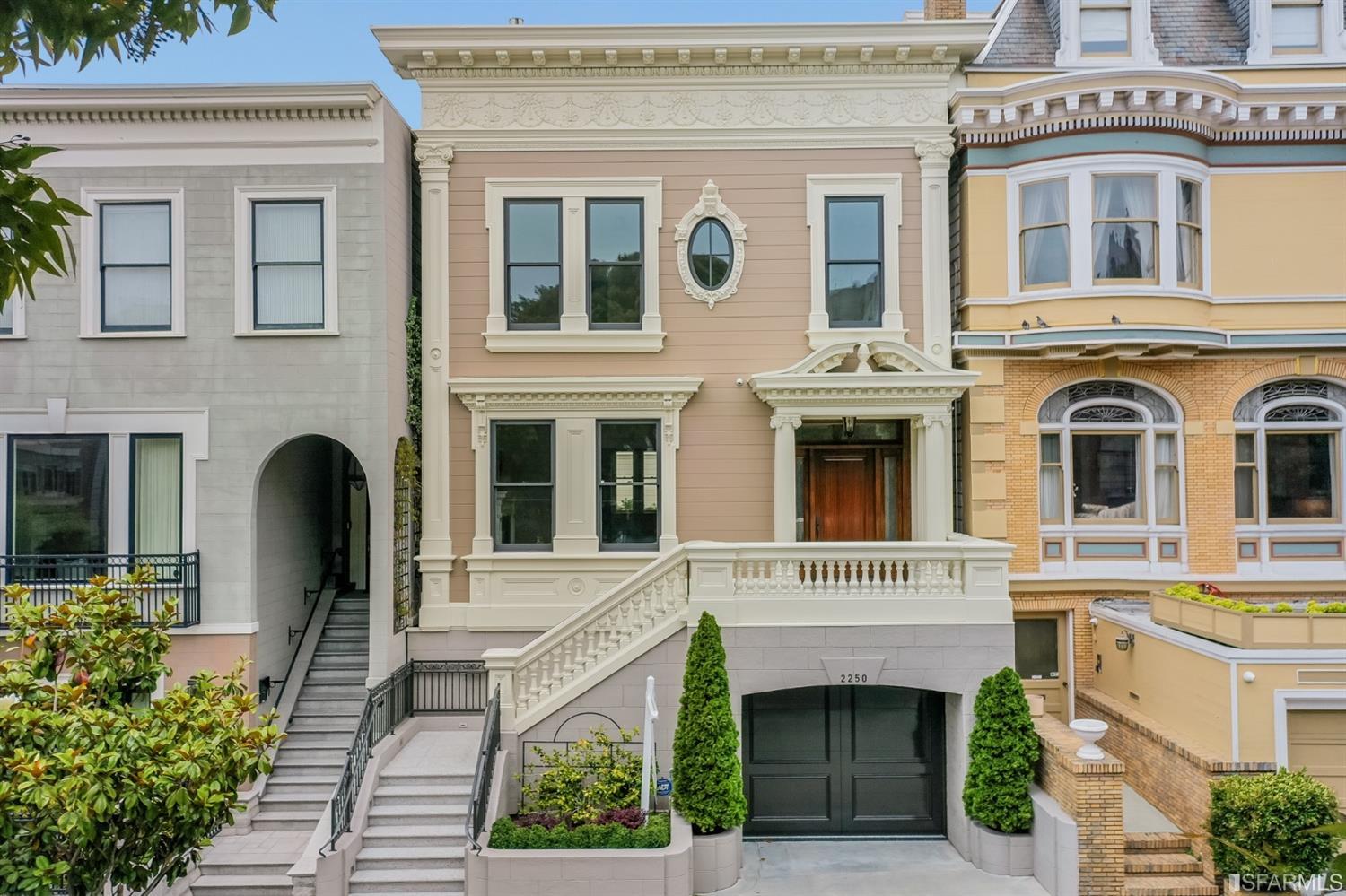 Say what you like about Pacific Heights–few neighborhoods are as financially unattainable for the average SF buyer–but it really does conceal some profound treasures in its storehouse.

Case in point, 2250 Jackson Street, a looker that just listed with Coldwell Banker for the deeply Pac Heights price of $8.5 million.

Per the ad: “Originally built in 1881, this stately Edwardian home has been completely rebuilt from the foundation up, combining a meticulous attention to period detail, state-of-the-art modern systems and luxury amenities.”

Now, there’s a lot more going on in this sentence than probably meets the eye.

But the truth is, 1900 is a placeholder date that those archives use for pre-1906 homes that otherwise lack documentation. The 1881 date furnished here is probably right, as Pac Heights has some of the oldest pre-earthquake housing stock in the city, but as we’ve discussed before, corroborating such dates can be elusive.

The ad mentions that this home was “completely rebuilt,” which is correct, but probably not in the way you’re imagining: Looking back, the major work on this place actually happened over a decade ago, with significant building permits last issued in 2009.

Indeed, peering into the magic mirror of Google Streetview, you can watch the transformation of this property from a somewhat homely shingled affair into the stunner we have today over the course of several years.

While you might think that leaving room for potential buyers to assume that a more recent overhaul was done would make a listing like this more marketable, there are housing watchers who’d actually be relieved to discover the work is older if they disapprove of more recent design trends. Although in either case, this redesign really liberated this place from its previous limitations.

Finally, this is called an Edwardian home, but technically speaking Edwardians are products of the early 20th century, coinciding with the reign of England’s Edward VII. An 1880s house should probably be called a Victorian.

But in truth, the way we use these terms in San Francisco is more of an aesthetic judgment call than a historical or technical concession: If a seller calls it an Edwardian you can debate the matter, but most people are likely to listen to their hearts.

Of course, that’s a distortion–those 90s dollars were worth a lot more before inflation. Still, the optics of listing for nearly ten times the last go-round remain hard to resist.