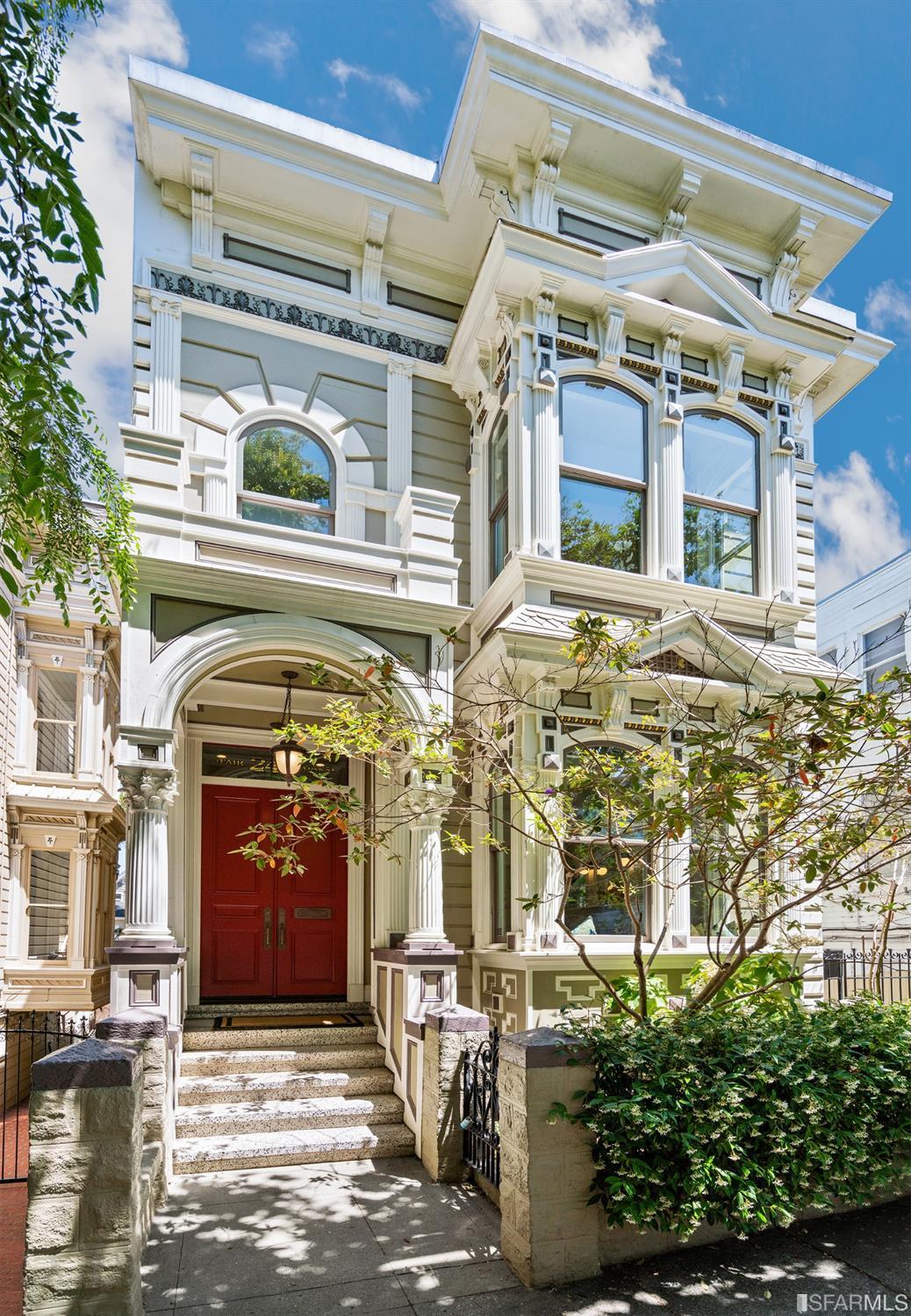 And if anyone is fancy enough to have $3.2 million burning a hole in their pocket, that’s the asking price for 249 Fair Oaks, a gorgeous tiered white wedding cake of a “grand Victorian” with three beds and two and a half baths on the edge of the Mission.

This place hasn’t traded hands in nearly 20 years, selling for more than $1.67 million in 2003–a very tidy sum at the time, worth about $2.4 million now. Realtor Michael Shaw calls it a “stunning and rare fully detached Victorian,” which is true enough, but he left out one of the rarest things about this particular specimen: when it was built.

Planning department records date 249 Fair Oaks to 1885, making it one of the elusive SF homes that survived the 1906 earthquake and fire seemingly intact–presumably because it sits just seven or eight blocks from the famed Golden Fire Hydrant.

US Geological Survey estimates that the 1906 disaster destroyed some 28,000 homes, whereas only a few thousand–nobody quite agrees on the precise number–survived.

But here’s a conundrum for amateur historians and homebuyers/sellers alike: Which ones? How do we know that an 1885 Victorian is really from 1885? After all, the earthquake also destroyed the old SF City Hall and the property records therein. Without that documentation, how do we date a home like this?

Often such dates are a matter of family legendry, of homes passed down from generation to generation alongside stories of how the original owners survived the 1906 disaster.

Such stories are hardly conclusive, of course–but the dirty secret of such affairs is that neither are a lot of our more official documentations, as things like the aforementioned planning records are often very spotty in their own right.

Those looking for more tangible proof might hit up the San Francisco Public Library archives, which reveal that although the deeds for old homes were lost, there are other kinds of records we can still use.

For example, the Sanborn Company Fire Insurance Maps go back as far as 1886 and record “the footprint for every building in the city” at the time, and even what building materials were used. If the footprint and description on the old fire maps matches that of a modern home, there’s a good chance it’s still the same building.

That’s not completely conclusive though, so you might want to corroborate those findings with something like the tens of thousands of historical photographs that predate the quake; if a shrewd observer can pick a historical home out of one of these old images, that does a lot to buttress claims of historical authenticity.

Or maybe you could dive into the piles of latter-day construction contracts preserved in the archive; an 1885 contract for a house at 249 Fair Oaks that matches the specs today would be very persuasive evidence of its authenticity, whereas if we unearthed a contract for a house on that spot from years earlier or later it might call the date into question.

Of course, most of these are just clues about the potential history of a home–the past, even when it’s as relatively recent as the early 20th century, is often a murky and mysterious affair.

Real estate, on the other hand, is marketed on perceptions, and potential buyers for a home like this are more likely to be influenced by their impressions of its style and aesthetics, be they 19th century or thoroughly modern. However old a house may or may not be, certain kinds of appeal remain distinctly timeless.