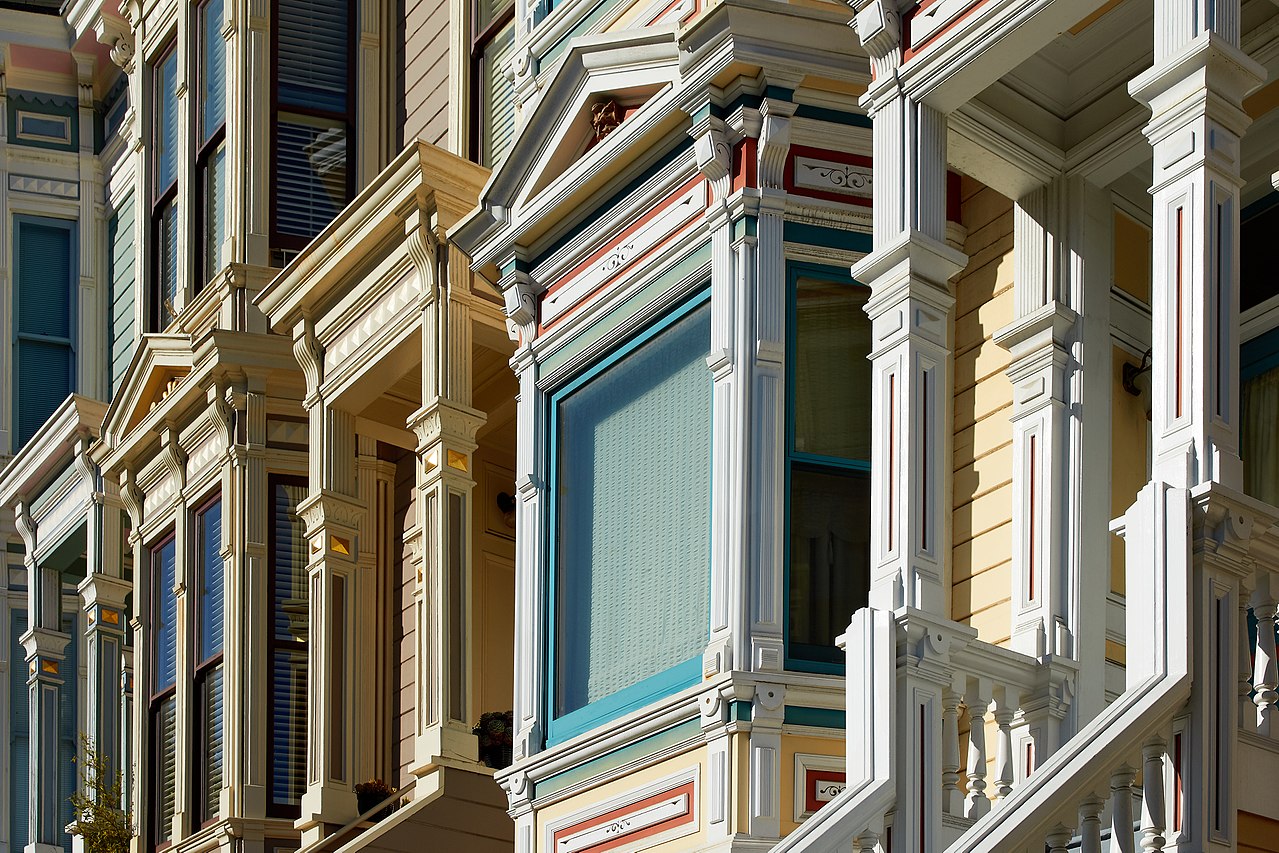 Although there are many beautiful and historic styles of homes for sale across San Francisco, the word “Victorian” is so ubiquitous with the city’s image that some homebuyers are scarcely interested in anything less.

But although we all know a Vic when we see one, defining them can be deceptively tricky–especially since even the most technical definition turns out to be a bit of a moving target.

If you’ve got a minute, let us introduce you to our friend Victoria–we think you two will really hit it off.

So What’s a Victorian?

The simplest answer is that Victorians are houses designed and built during the reign of England’s Queen Victoria, from 1837 through 1901.

But not every home in the world raised during that 64-year span is a Victorian, and San Francisco had basically nothing to do with the British Empire at the time, despite sporting some of the most famous colonies (pardon the term) of Vics worldwide today.

Rather, architectural styles and elements that became popular in UK territories under Victoria came to characterize what we call Victorian homes, even when they appear in other contexts.

Naturally, this becomes annoyingly subjective: If a home has all the earmarks of what we call a Victorian but dates to 1906, must we insist on calling it something else? Opinions vary. We’d argue that in San Francisco, a Vic is more of a spirit than a strict definition–but some definitions are still necessary for such terms to have any meaning at all.

There are actually many styles of home that qualify as Victorians, but in SF terms what we think of as a Vic is almost always the Queen Anne Victorian.

Yes, Anne was an entirely different British monarch from Victoria, and to make matters even more confusing there’s a distinct style of British architecture also called the Queen Anne style that dates to a previous century and has nothing to do with with this one–because life was apparently just not complicated enough, it seems.

Nevertheless, even most people who have never heard the term could pick a Queen Anne Vic out of a lineup: The Alamo Square Painted Ladies alone have cemented this as the go-to reference for Victoriana worldwide. Indeed, if you want to assess the Victorian influences on your own home, you could do worse than just to look at one of the literally countless Painted Lady postcards in circulation and compare.

Of course, boosters of the many other Victorian styles (see below) would bristle at this talk of Queen Anne dominion–but such clashes are not for the faint of heart.

Generally, the defining marks of Queen Anne’s favor include elements like:

Even within this fairly narrow standard there’s a lot of variety: Many Vics sport asymmetrical facades, but it’s not necessarily unusual to regular faces instead; bay windows are by far the most common, but at the same time a variety of different window shapes, sizes, and styles is also a hallmark; prominent turrets are so common that there’s an entire sub-style deemed the Turreted Queen Anne, but nobody thinks twice if a venerable Vic lacks a tower of its own.

And of course, in many cases, certain SF homes may once have sported some of these details but lost them after remodels or rebuilding. Speaking of which…

Another distinguishing element of an old Victorian style is interiors that emphasize multiple rooms, winding halls, and asymmetrical layouts…or at least, that’s how it used to be.

By far one of the most common species of SF home listings during the recent housing booms is a historical Victorian that looks the part down to the studs from the outside, but once through the front door the same white interiors and open floor plan as virtually any modern SF home greets you.

Preservationists agonize over the trend of Victorians “gutted” (this term is almost ubiquitous) by renovations–and yet, the resulting homes seem to find a favorable market, habitually selling for multi-million dollar figures. Of course, virtually every other home in San Francisco does the same these days…

In any case, the more time goes by, the less and less the Victorian style is strictly defined by anything you can’t see from the street.

There are of course other Victorian styles prominent and even popular throughout the city: The Italianate varietal was almost ubiquitous before the Queen Anne took over, often identified by their tall, narrow windows and overhanging eaves and frequently (but not always) favoring flattops rather than the typical Queen Anne peaks.

Flat-fronted Italianates lack bay windows and, as the name implies, often other projecting elements as well. Stick Italinates you can spot thanks to their prominent millwork, aka “stickwork,” which in turn is very similar to the Eastlake style, which cranks the millwork up to 11 with gorgeous flourishes like floral imagery and sunbursts.

Even something like the Folk Victorian style, although borderline unassuming compared to its more ornate cousins, technically counts as a Vic. There are simply too may variations on this royal theme to enumerate.

Or are there? The history of architecture and design tells us one thing, and we should value those academic and historical resources; but at the same time, when sightseers, homebuyers, and realtors go looking for the ideal San Francisco Victorian they’ve been dreaming about, 99 times out of 100 they have a pretty specific image in mind.

Few people can define the perfect Victorian in concrete terms–but everyone is sure they know it when they see it.