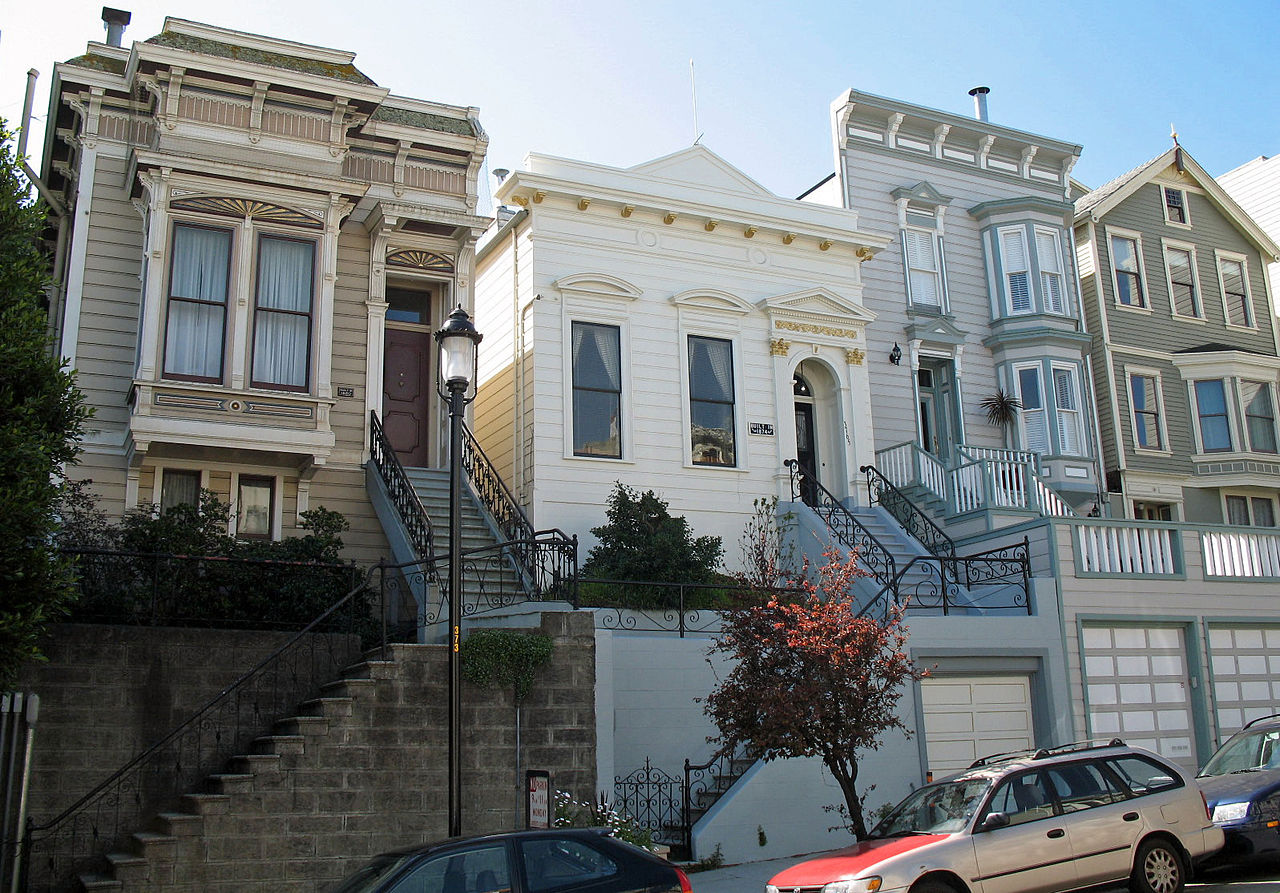 If you’ve ever been driving down a stretch of Mission and found yourself suddenly taken by an unusually gorgeous cluster of homes, odds are you just stumbled on Liberty Hill, one of San Francisco’s most historic but oddly still overlooked neighborhoods.

This redoubt is only about two blocks by three blocks, bounded by Mission Street, Dolores Street, and 20th and 22nd Streets, usually lumped into the larger Mission or Dolores Heights neighborhoods.

But Liberty Hill is a distinct (and incredibly valuable) SF destination in its own right, primarily for one reason: When fires wiped out most of San Francisco’s old homes in the days after the 1906 earthquake, firefighting efforts finally managed to turn the flames back at 20th Street.

That means this little corner of SF features some of the city’s oldest preserved housing stock; it’s a time capsule, or maybe a city in a bottle, a nice little chunk of what-used-to-be blended with what-might-have-been.

In those days, Liberty Hill was a “suburb” of San Francisco, a bit like the Sunset today. “This district developed along San Francisco’s oldest road, Valencia Street,” according to the National Park Service, following the course of SF’s first “street railroad.”

“In 1864, local citizens pooled their money to form the San Francisco Homestead Union, which allowed them to buy and subdivide a large tract of land, including the future Liberty-Hill Landmark District” in hopes of relieving the housing pressures created by the Gold Rush (something the city has frankly never quite managed to do to this day).

Liberty Hill is not particularly hilly at all; rather, the name actually refers to Liberty Street and Hill Street, two tiny inlets that run just a few blocks west-to-east, near 21st Street.

“Seventy percent of the buildings in the District are Victorian,” the SF historical site Noe Hill writes, including two landmark homes, and the district is itself landmarked.

Which brings us to the bottom line: Just how much are these Old San Francisco homes worth?

Between January and the end of August this year, single-family homes on Liberty and Hill sold for a median price of nearly $4.52 million, and averaged just 12 days on the market.

However, that’s based off of just six closings–these places don’t really come up all that often. Going back over the past five years expands the pool to just 50 sales, with a median price tag of just more than $3 million.

For comparison, similar homes in the larger nearby district averaged about $2.5 million during that same time, so it seems all of that period detail really is worth a little extra.

Now here’s a predicament for you: What happens when you buy a historic property in SF? What are the rules about how you handle it? Keep an eye on this space for more on that down the line.