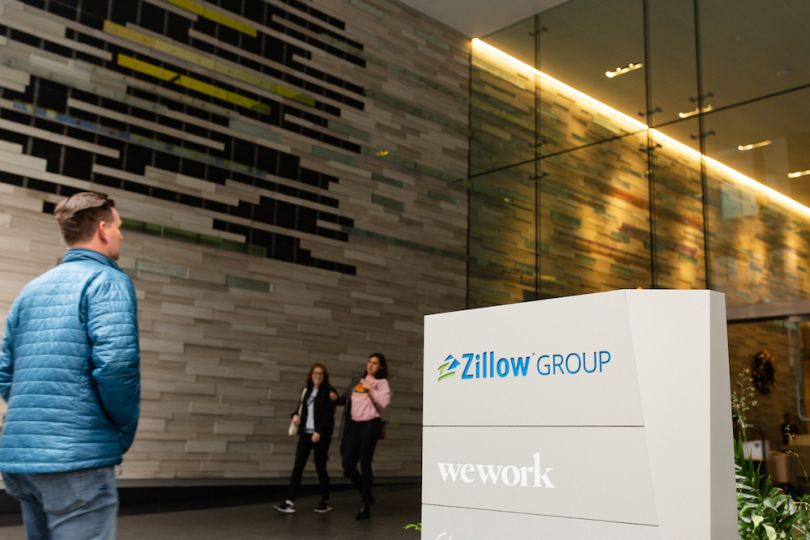 Several local SF news affiliates slipped up last week by mistakenly reporting that 1709 Broderick Street (known coast to coast as the “Full House house” because of its cameos in that ’90s sitcom) was on the market again for $37 million.

Anyone with an eye for SF housing could tell right away that that wasn’t right; 1709 Broderick last sold in late 2020 for $5.35 million, per assessor records–significantly less even than the nearly $6 million it was seeking the previous year.

So where’d the $37 million figure come from? Well, from Zillow of course: “We discovered a ‘For Sale By Owner’ listing was illegitimate after it was posted, and have since taken it down,” a Zillow statement explained.

Truth is, whenever we encounter housing misinformation floating around online, Zillow is our number one suspect. And that’s largely because Zillow, for all of its near-ubiquity, really doesn’t work how most people assume it does.

According to science historian Jeremy Norman, Seattle-based Zillow’s site launched in 2006, although the company itself is a couple of years older than that, founded by then-Microsoft execs Rich Barton and Lloyd Frink.

The pair perceived demand for an efficient, coast-to-coast real estate search engine–Google for houses, essentially (although in those days Google was still less than 40 percent of search traffic–how soon we forget).

In 2009, Zillow partnered with 11 major news publishers in a vast coast-to-coast ad sharing apparatus. (Notice the Reuters story about that refers to Zillow as a “home price comparison website,” so after just a few years there are already competing public perceptions about exactly what Zillow is.)

A year later, the Wall Street Journal and other outlets reported that Zillow had partnered with Yahoo in a merger of “the second and third most-trafficked home-sale websites” at the time.

A year after that came the company’s IPO, which saw Zillow’s price spike 200 percent within minutes. Zillow shares hit an all-time high of more than $200 in 2021 (although the price did crash later that year after months of bad news).

According to Google trends, Zillow averaged around eight to ten times the search traffic as competitors like Redfin and Realtor over the past 12 months. It also averaged nearly four times the traffic of just the WORD “realtor” generally.

Point is, the average user probably doesn’t realize how or why Zillow got big–because that’s just how big it is. As we see from the hit Instagram account Zillow Gone Wild, people associate Zillow’s brand not just with real estate but with the giddy highs of the housing boom particularly.

All of which is well and good; but wittingly or not, this is where the errors creep in.

When reporting about housing, you learn very quickly not to rely on Zillow’s numbers.

Don’t get us wrong, they’re usually okay. But at least once a month we’ll run into a Zillow listing with the wrong date, wrong price, missing listing history, or some other error.

Zillow is a lot like Wikipedia: Fine for a lot of things, but not a source you want to stake your reputation on. Often times, the site will recycle errors from other sources (a realtor’s clumsy typing errors, for example ) but not the corrections, or at least not for some time.

But mistakes happen everywhere, and real estate data is notoriously fickle. What’s worse is the outright fraud: Users are often shocked to discover bogus Zillow listings lurking in the weeds, usually a lure for Internet scams.

Last October, for example, a New Jersey couple were found their own home listed on Zillow; even after they reported it, it popped back up again in a few days.

Zillow themselves warn home browsers to beware of requests for wire transfers, listings full of grammatical errors or odd dialects (potentially signs of overseas scammers working off scripts in a language they may have a limited command of), and fishing for personal info.

“Scammers without actual rentals to tour may hijack a real rental or real estate listing and change the email address or other contact information,” the company warns in a second, separate “beware of scammers” guideline.

Of course, these cons are as old as the Internet, and many preclude online buying and selling altogether. And as the largest platform, it stands to reason Zillow will be attractive to fakes for the same reason it is to real sellers.

But one big reason why Zillow scams are easy to fall for is, again, most people probably don’t realize how Zillow actually works.

The Truth About Zillow

Remember that “Full House” debacle mentioned above? How did that happen?

Well, as the company’s spokesperson explained, someone created a phony listing for someone else’s house–maybe as preamble to a scam or maybe just the product of having too much time on their hands.

And that’s the catch: ANYONE can create a listing on Zillow. All you need is a Zillow account and you can make whatever ad you want, free of charge.

But because Zillow is such a big name, because their site is well-designed, and because most of us just don’t think about it, listings on Zillow look, for lack of a better word, official.

Most of us probably assume when we click one that it’s the product of a realtor or a real estate firm or some other institutional backer, the way they are on many other real estate listing sites.

And indeed, many are–but not all of them. A Zillow ad will tell you if it’s For Sale By Owner–there’s even a little red dot–but for many people this may be easy to overlook.

Zillow themselves even acknowledge that their high profile is part of the problem, pointing out that scammers often claim Zillow will guarantee or insure money sent during transactions; this is not true, but since Zillow’s brand name SOUNDS authoritative, it often works.

Now, this is not an attempt to run down Zillow; we use it ourselves. (Zillow, for the record, did not return requests for comment on this story.)

But it is a reminder that the Internet is a lot like a set of fancy clothes or an expensive looking watch: With the right presentation, it can make anyone or anything look like a big deal.

Sometimes that equalizing process is useful–heroic, even. But it can just as easily be abused.

Also note that when you see a number or a property here on the Front Steps that it’s one we’ve checked ourselves; we don’t have Zillow’s volume, but as we can see here, there’s more to the game than just being big.