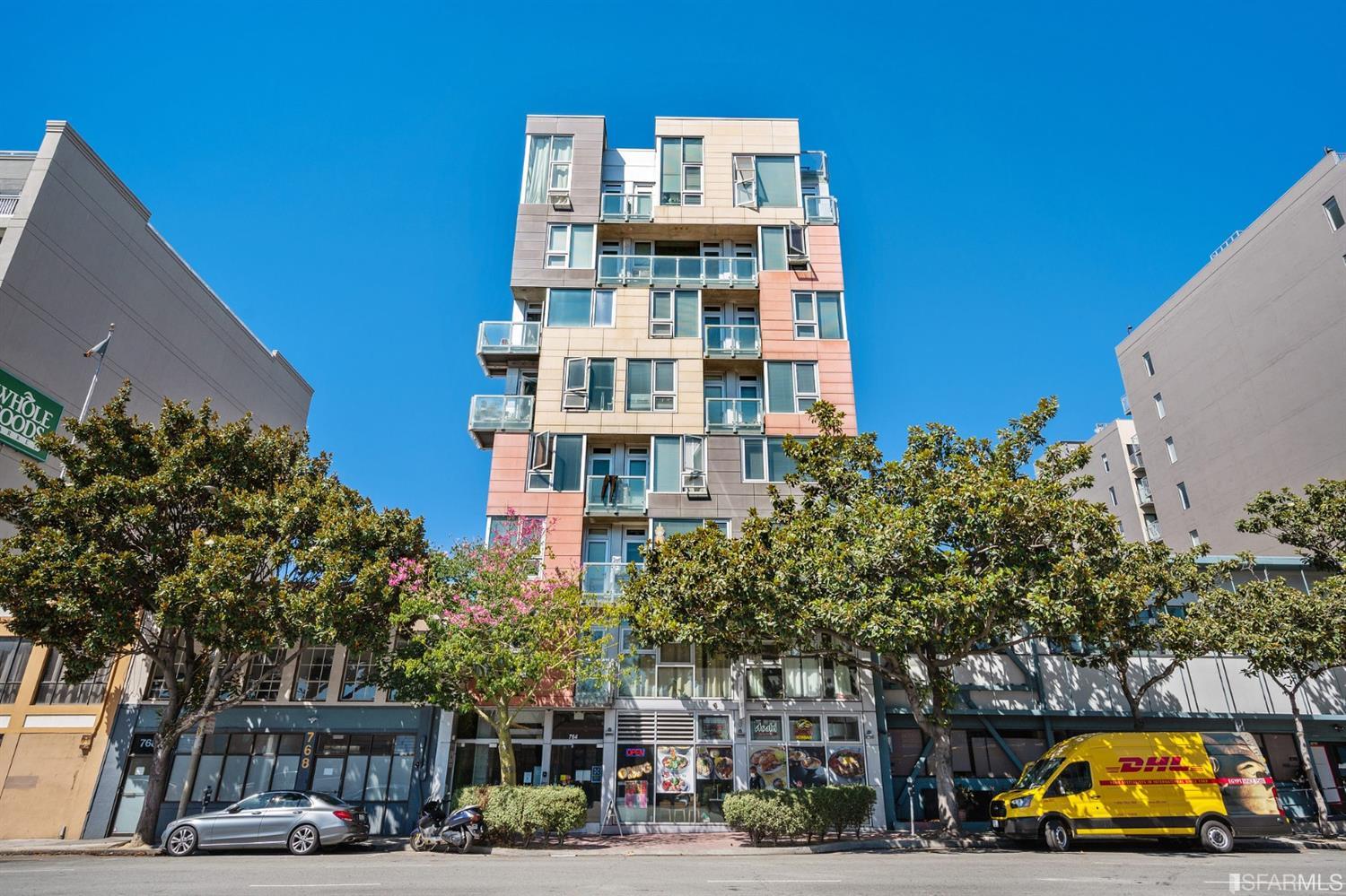 The unit at 766 Harrison Street, #506 is a 279 square foot studio, retailing for $379,000; that of course is a tiny sum of money in SF condo terms, so little that usually only subsidized BMR units list for so little. But of course in this case there’s a catch in the form of that itty-bitty living space.

From the street, Cubix looks like a piled-up game of Tetris that you’re always just about to lose. Inside are 98 condos, ranging from 250 to 350 square feet; according to architect Aaron Hoffmans, “The project was the vision of George Hauser,” who “realized the need for an cost efficient product that accommodated the contemporary urban life-style of San Francisco.”

Hauser, an architect and developer, bragged to the SF Business Times in 2008 that his building provided an affordable foothold into SoMa and the nearby downtown, adding, “People looking at purchasing here are doing so because they want to be in the middle of things.”

Hauser bought the lot in 2003 and pushed the project towards its first sales five years later. Unfortunately we’ll never know if his dream of micro-living in an urban metropolis was really as marketable as he hoped, because if you’ll recall 2008 was, ah, a bit of a bad year for housing, and the collapse of the market/everything in the world was particularly poorly timed for Cubix; the San Francisco Chronicle reports that Hauser went bankrupt and most of the condos ended up foreclosed on.

That same story does relate that most Cubix residents end up liking the spartan elegance of their tiny homes, although of course there is presumably some survivorship bias in those testimonies–those who don’t like it likely don’t stay very long.

For the curious, the minimum size for a home in San Francisco is 220 square feet, at least 150 of which must be “living space,” which is to say not part of a bathroom, kitchen, or closet (which of course every unit must have). Truth be known, I’ve lived in even smaller places over the years; it’s not for everyone, but it can be a great deal for those with the temperament.