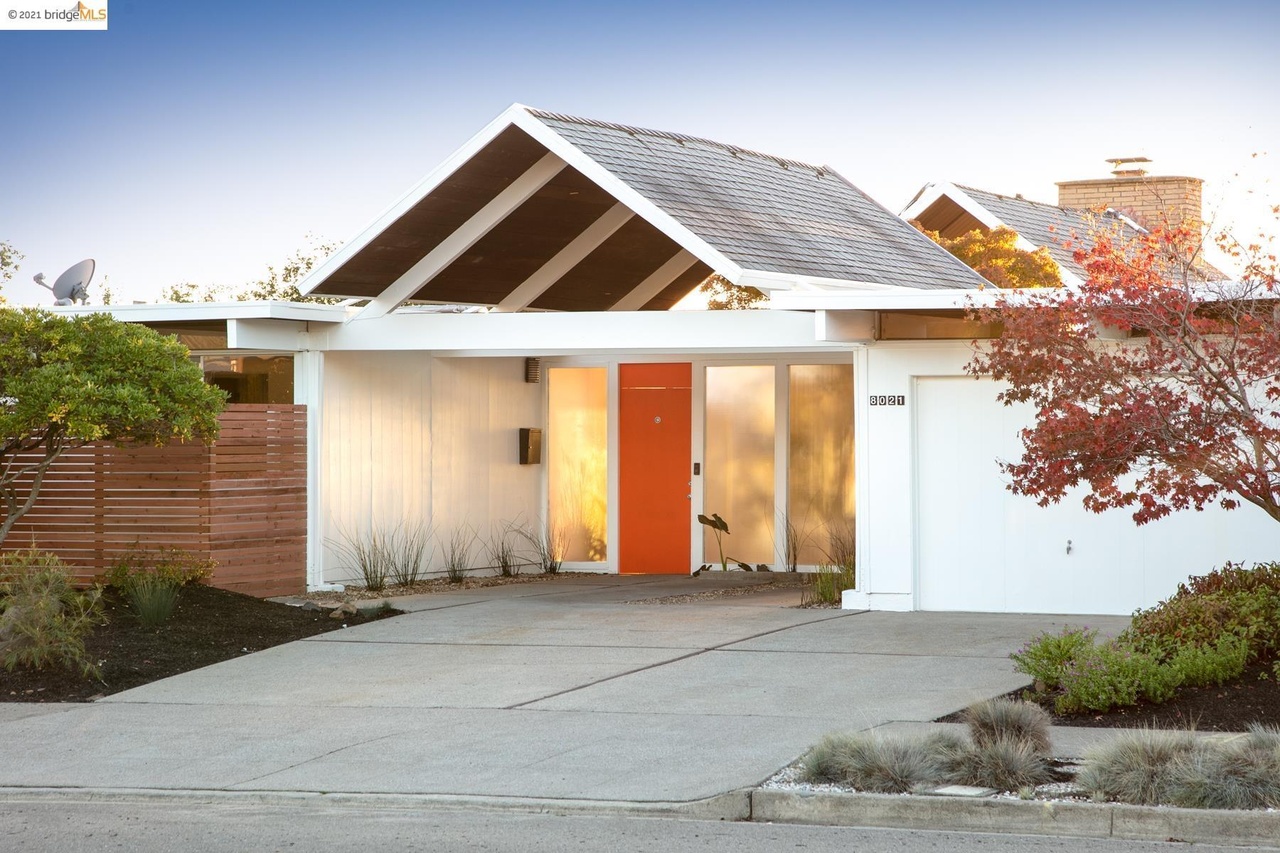 Joseph Eichler built some 11,000 homes in the course of his career, and now nearly 50 years after his death his Eichler homes still exert a powerful effect on the popular imagination.

In short, people love Eichler homes, noted for their open floorplans, large atriums, and mingling of indoor and outdoor space, to name a few key Eichlerisms; networks to identify and preserve Eichlers continue to attract web traffic, and dispute over the authenticity of certain alleged Eichler is not uncommon.

When 8021 Shay Drive in Oakland popped up for sale a few days ago asking nearly $1.6 million it was declared a “lost Eichler”; there was nothing lost about it of course, it last sold fairly recently back in 2005. But the phrase sure does sound catchy.

So what’s the appeal? There were plenty of midcentury designers going around the Bay Area at roughly the same time, and Eichler was not even an architect, he was a developer who happened to favor particular styles and managed to get a whole lot of houses made in his image (although only a few in San Francisco itself).

In some ways, Eichler fever is comparable to the cult following surrounding A-frame homes (indeed, Eichler liked to include A-frames in many of his own projects). Eichler built homes for newly middle-class postwar buyers, and for many his houses now represent the powerful optimism of that era.

But there’s another, more practical reason for Eichler enthusiasm: A lot of these houses have not yet been subject to extensive modern remodel, redesign, or renovation, meaning that the original Eichler style remains preserved.

Enthusiasts of, say, San Francisco Victorian homes have to come to terms with the fact that only a handful of original Victorian interiors remain, and that preservationists have few options to prevent most of the rest from being reconstructed to resemble something more like, well, an Eichler.

But if you’re an Eichler fan, you have lots of opportunities to see, experience, and perhaps live in an Eichler home that’s today little different from how it was when Eichler himself peddled his new communities less than a century ago.

And when an Eichler does fall prey to a renovation that breaks the immersive effect of its design, well, that was the thing about Joe: He built a lot of homes. There are always still more out there that remain authentic specimens even when one or two get picked off by more modern trends.

Eichlers are classic, but still modern; they’re rare, but still plentiful. They exist in a sweet spot between past and present that makes them retro and yet still accessible–to anyone who can plunk down for their thoroughly modern prices, that is.