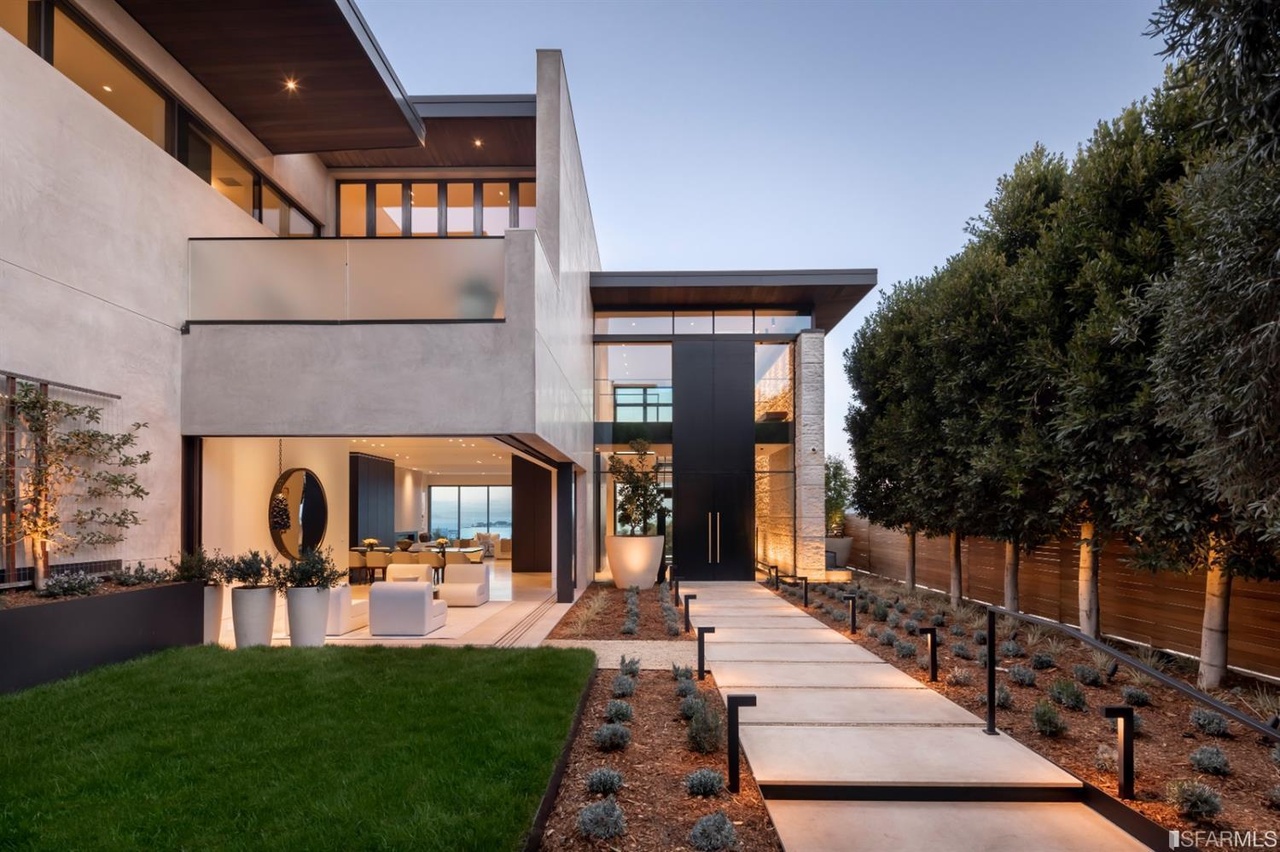 In a city like San Francisco, extremely high-end homes are not really the best indicators of the state of the market. But at the same time, they can be downright impossible to ignore.

In the interest of sheer indulgence, we’re launching a new regular feature highlighting the single most expensive properties in San Francisco–because honestly, who can resist?

The most expensive home in San Francisco is of course a floating accolade; the current record holder broke onto the scene in June, asking the seemingly incredible sum of $46 million.

For comparison, the supposed most expensive home sold in the history of San Francisco only cleared $43.5 million, so the price on 2582 Filbert is decidedly ambitious. Of course, asking price is not the same thing as sale price–but aiming (very) high still counts for something.

This six bed, nine bath Cow Hollow manse is brand new–believe it or not, this lot just a few feet from the mouth of the Presidio was previously empty, described by architect Geddes Ulinskas as “one of the largest open lots left in San Francisco.” The 2016 sale of the property alone cost $14 million; Planning Department records indicate a previous two-story building here was demolished back in 2001.

The results is a downright startling 12,200 square feet in all; there’s only one home currently for sale in SF that’s bigger than that, and it’s actually a fraction of the price–but more on that another day.

So far this place has been on the market for 157 days. In 2020, the median number of days on market for a single-family home in San Francisco was just 22, and for homes that sold for $10 million or more it was actually far less: only six days.

On the other hand, some eight-figure sales took well over 200 days. Ultimately it’s hard to compare this listing to other homes like it because there are not really any other homes like it, so who’s to say what a speedy turnover rate for such a project might be?