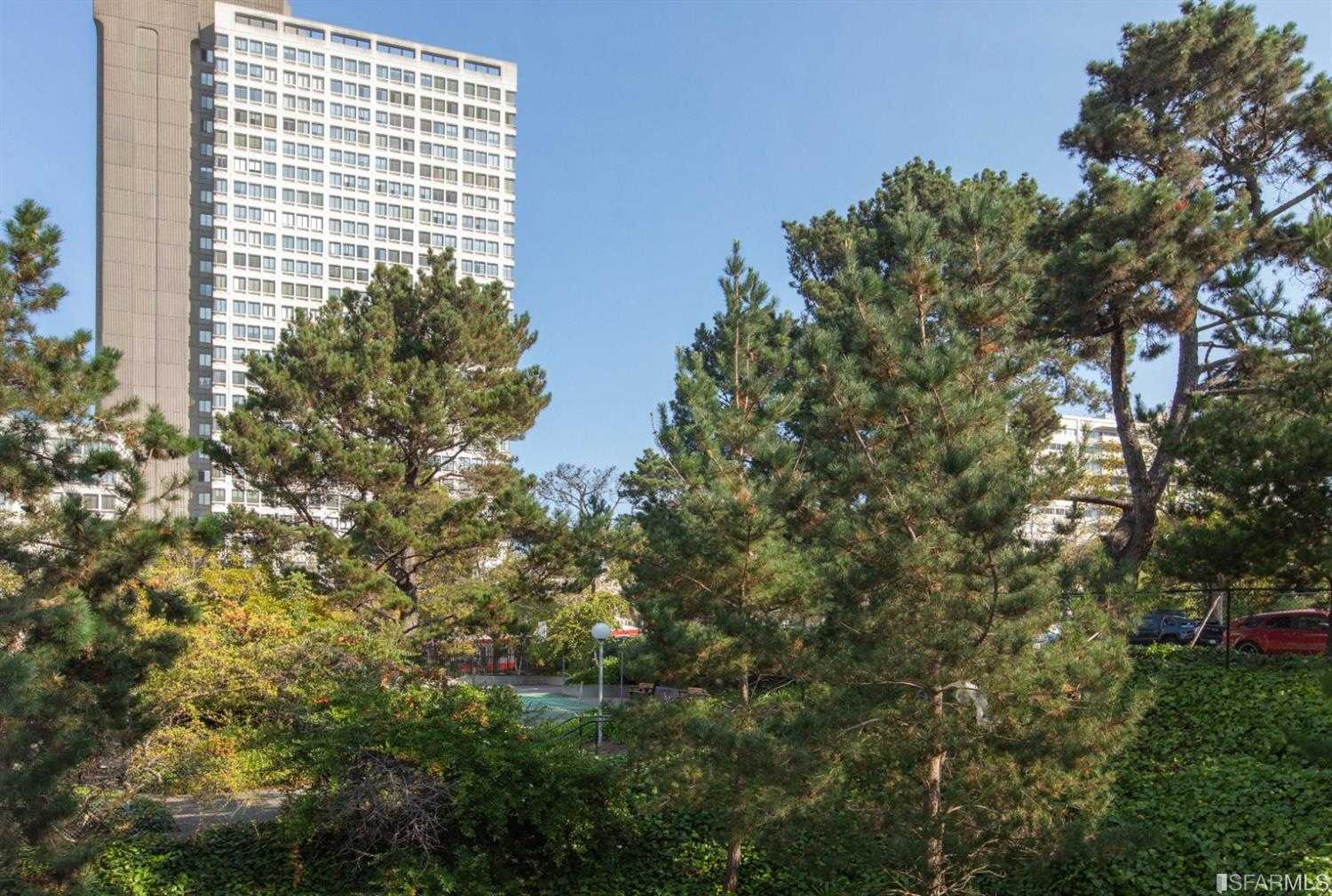 Here we have a new listing for a three bed, two bath condo at 66 Cleary Court #305 that drops a tantalizing name, calling this an “Eichler-designed condo.” Is it true?

Joseph Eichler did not create many homes in San Francisco compared to his work in Southern California and the larger Bay Area, but there are indeed some real SF Eichlers, and this building is one of them; truth be known, this Cathedral Hill project might have been the most consequential project Eichler ever invested in.

The Eichler enthusiast site Eichler For Sale writes that this 1963 development was actually designed by the firm Jones + Emmons (Eichler was a developer, and although he definitely had favorite looks and layouts, he didn’t design much himself), with the nearby, related low-rise project a product of frequent Eichler collaborator Claude Oakland (excellent name).

Eichler obsessive (and mind you we mean that i a good way) Dave Weinstein writes that Cathedral Hill was meant to be a kind of “model neighborhood” and originally featured more towers and more closely-knit spaces that would have created an elevated suburb here.

Unfortunately Eichler never realized his real vision here; it’s noteworthy that this development was happening in the vacuum left behind by the destruction of the Fillmore, and that Eichler is now famous for, among other things, selling and marketing homes to non-white buyers in defiance of 20th century racial housing politics.

This was Eichler’s first foray into San Francisco (the 66 Cleary Tower came along a few years after the low-rise buildings, but it was all one project to begin with), and in the coming years he’d try his hand at high-rise and city block development many more times.

Which turned out to be tragically consequential, as the costs and risks of these buildings, which never proved as attractive to his target demographics as his suburban homes did, were a big part of what drove him to hard times. But that’s a story for another time.

Although Eichler dreamed of making homeownership attainable for the everyman, his legacy is not immune to market forces, as this 66 Cleary listing now asks $1 million, after last selling in 1995 for $229,000.