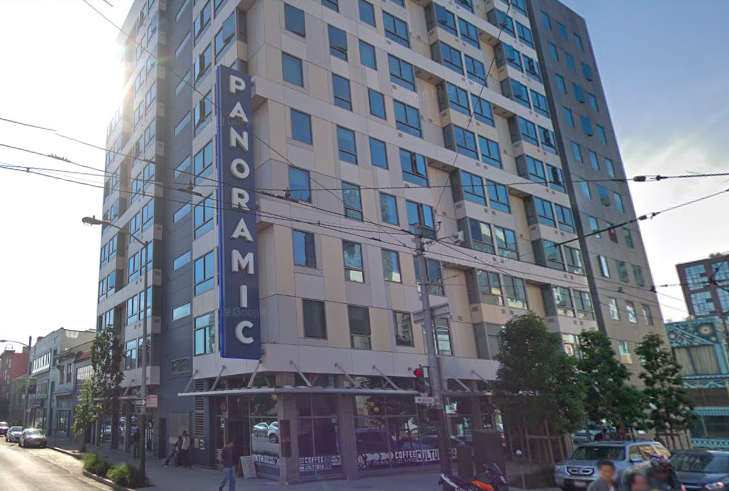 Chances are most people weren’t paying attention to Wednesday’s meeting of the Board of Supervisors’ Budget & Finance Committee (the name alone is enough to discourage most potential viewers), but one vote could end up having a profound impact on your neighborhood.

We’ll break it down for the benefit of anyone who wasn’t there:

What was the vote about? The committee was considering whether to authorize paying some $86,600,000 and change to buy the Panoramic, a circa 2015 building at 1321 Mission Street once intended as student housing but now singled out as potential supportive housing for the homeless. The building includes 160 mostly “micro-unit” apartments that lawmakers think will make game prospects for homelessness relief.

What’s “supportive housing” exactly? San Francisco owns a variety of buildings dedicated to providing long-term housing to the homeless, operated by a variety of charities and non-profits. Presently, the city owns nearly 8,000 such units, over 7,300 of which are currently occupied. So they’re buying more…or at least, that’s the idea.

How did the vote turn out? As expected, the buy-up proposal carried 3-0; “The solution to homelessness is housing,” Supervisor Matt Haney declared while ushering in the bid, arguing that the city can’t wait for new supportive housing to be built and should jump on available existing properties when they come up.

There are more steps in the approval process before the deal goes through. But even once passed, this is just a small part of the much larger City Hall plan.

What’s the bigger plan? The Panoramic is one of four mostly hotel properties put up as candidates for supporting housing; at Tuesday’s Board of Supervisors meeting the full board authorized the $17 million purchase of one of the four, the 52-unit Mission Inn just north of Daly City.

The Panoramic is the largest purchase currently on the slate; if all four go through, it’ll chip away at Mayor London Breed’s larger plan of buying up 1,500 new units by the end of 2022.

Why does this matter to neighborhoods? Much of the public comment on Wednesday was supportive of the purchase, including a lot of boostering from homeless outreach advocates, and one comment from a woman currently experiencing homelessness who told committee members “It’s my right to be here” in San Francisco and thanking them for pushing ahead.

But you probably don’t need us to tell you that there are always people who don’t like the idea of housing for the homeless on their block, fearful that, well, it will mean (formerly) homeless people will be living there. One angry caller Wednesday accused the committee of trying to migrate drug use into West SoMa, for example.

Particularly in dispute is the fate of the 131-unit Kimpton Buchanan Hotel in Japantown, with Japantown rep Dean Preston shooting the proposal down, arguing that Japantown’s perilous pandemic economics make it ill-suited for such designs.

What next? Board members will continue wrangling over possible sites, with some, like the 25-unit Eula Hotel (an establishment nobody will miss) facing fairly easy confirmations, while others, like the Kimpton Buchanan, are long shots. The city must secure all purchases by the end of this year to take advantage of state benefits key to financing.