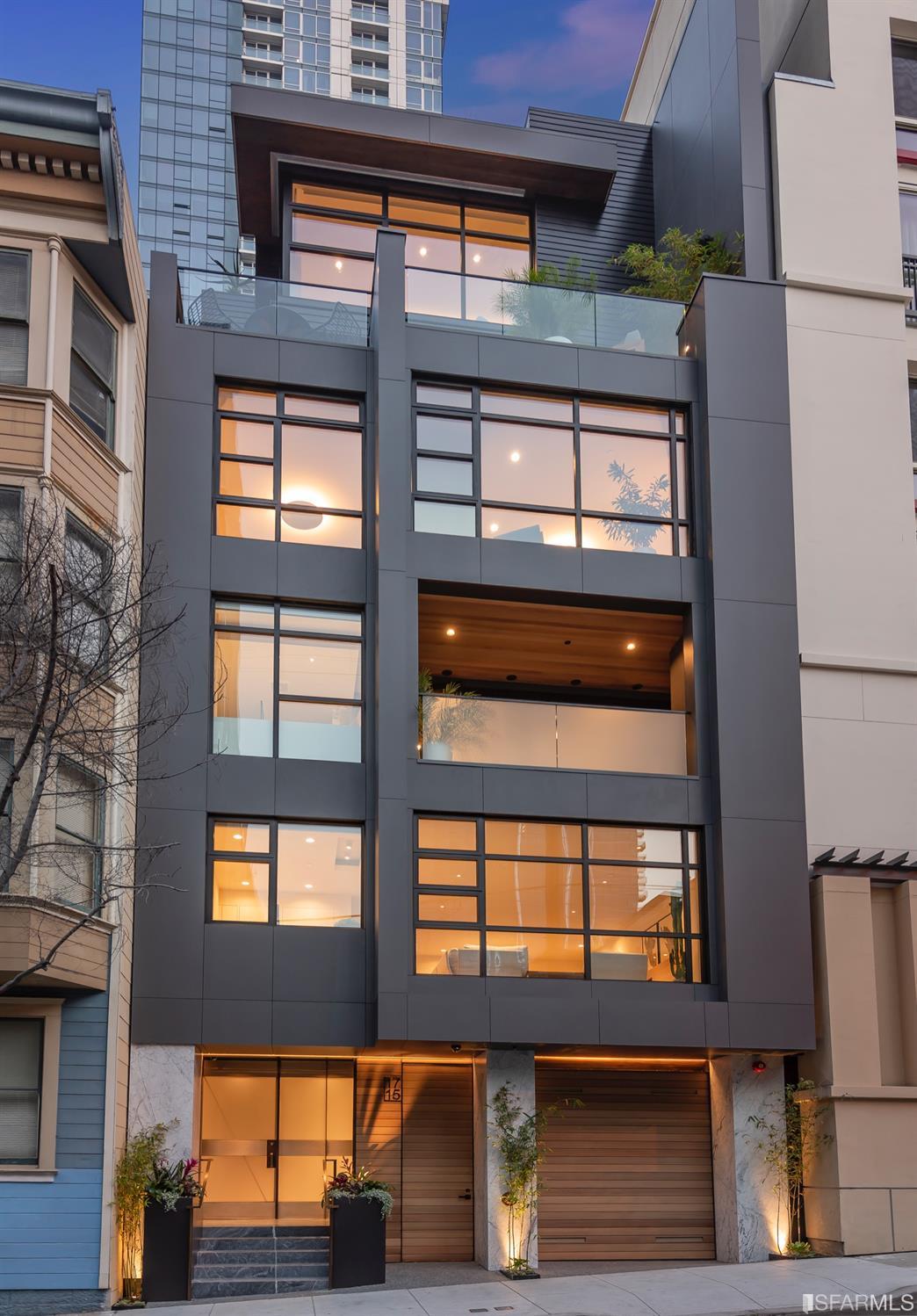 If you’ve ever passed by some fancy looking East Cut new construction and wanted the whole thing to yourself, we’ve got an opportunity for you.

Just a few days ago, 15-17 Guy Place went on the market, a seven-level, eight bed, eight and a half bath setup on offer for $15 million (we’ll pause just to let you digest that number). Note that this place is billed as a single listing but consists of two units, with the two bed, 2.5-bath lower condo termed a “guest residence.”

Guy Place is a street of just one city block, near First and Folsom. Until recently, this alley looked very, very different, on account of the old 15 Guy Place, a tiny-seeming one bed, one bath Italianate Victorian house that dated to 1906 (a busy building year downtown, for obvious reasons).

As recently as a few years ago, that modest and oddly endearing little home stood shoulder-to-shoulder with giants, as the neighborhood literally towered over it more every year, until the house looked a bit like a gawky teenager who hasn’t hit a growth spurt yet.

This status quo lasted unchallenged until developers Drake Bay Partners bought the place in 2014 for $1.4 million–a bargain, perverse as it sounds attached to such a figure–and proposed demolition and replacement with a new, taller home.

Ordinarily, bulldozing historic housing in favor of condos would be a hard pitch, but Drake Bay had a leg up: That 1906 Victorian had a faulty foundation, “set directly on top of loose sand fill.” Cracks were visible, and if left unchecked the house would eventually have collapsed.

So the developers got their wish and tore down the old place in 2018, replacing it with what we see today; Department of Building Inspection records estimate construction costs of some $2 million, so the $15 million price tag will amount to quite a payout if a buyer turns up for it

We will miss the oddball spectacle of the original home hunkering down in the shadow of its taller neighbors for all those years–but truly, nothing was built to last forever.