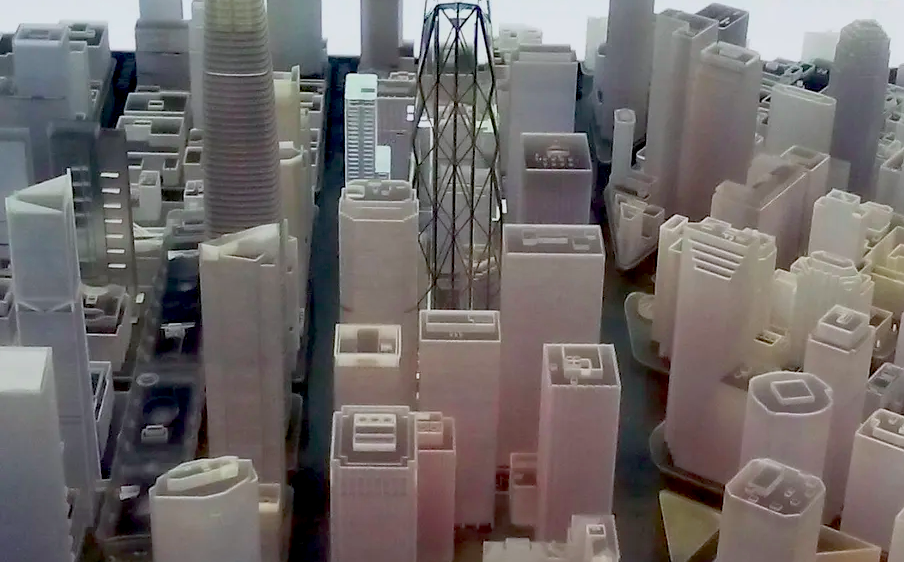 Decades ago, City Hall planners envisioned a soaring new downtown San Francisco district in the shadow of the Bay Bridge, built around a revamped Transbay Terminal and featuring inspired (and expensive) office towers that would transform the city skyline forever.

Today, that dream is largely a reality–though ironically, those towers sit mostly abandoned, and the bustling business district around them is equally as vacant thanks to the pandemic-related Limbo zone we all still reside in.

That being the case, it’s easy to lose track of the fact that there remain a couple of significant downtown towers still in the works, hoping to literally rise above the current woes with colossal new architecture. So what’s the hold-up with them?

Developers for one of those proposed high-rises, 550 Howard Street, announced this week that they’re going ahead with a planned 2022 groundbreaking, aiming to move the first residents into the building in 2024.

This Howard Street lot was the last of the transbay lots to sell back in 2016; a triumvirate of companies (Hines, Urban Pacific, and Goldman Sachs Asset Management) plot a 61-story edifice with a quarter million square feet of offices, a 180-room hotel, and 170 homes.

SFist calls the 170 figure an increase over the previous 165, but the truth is both are a dramatic decline from the 200 in the original proposal. Remember, this building has been in the works for half a decade at this point, there have been a lot of variations on it over the years.

The tower has even shrunk, going from its old 64-story design to the current 61, although at 806 feet it’d still become the fourth-tallest in all of San Francisco.

The developer trio are obviously hoping that by 2024 the current office space woes will be a thing of the past and that whatever the new normal turns out to be will still have room for their towering ambitions. Despite ongoing predictions about the death of the white collar workspace, those offices are simply too valuable for companies like Hines et al. to give up on.

Speaking of the city’s tallest buildings, whatever happened to neighboring Oceanwide Center? This soaring spire right across the street from Salesforce Tower broke ground in late 2016, with plans to become the second-tallest building in the city by 2021.

Obviously that hasn’t worked out for them. Over the years, multiple attempts to sell the development have fallen through, as namesake developer Oceanwide looks to dump it to avoid the wrath of legal arcana in its native China.

Oceanwide was even going to take a nearly $300 million loss just to get the whole thing off its books. But there’s still no buyer willing to take the plunge, despite several false starts.

On top of that, the project has liens for alleged unpaid labor and, most recently, tax problems, all adding up to hundreds of millions of dollars. All told, it’s starting to almost seem like a lucky break that the average San Franciscan probably doesn’t remember this building ever broke ground.

If it ever happens, Oceanwide Center (actually two buildings) would feature 265 new homes, among other uses, as well as a space-age design by London-based Foster + Partners and local architect Jeff Heller of Heller Manus, reaching a height of 910 feet for the taller of the two.

For the time being, Oceanwide’s ambitions are still soaring higher than its grasp.

One thought on “Whatever Happened To the Last Transbay Towers?”