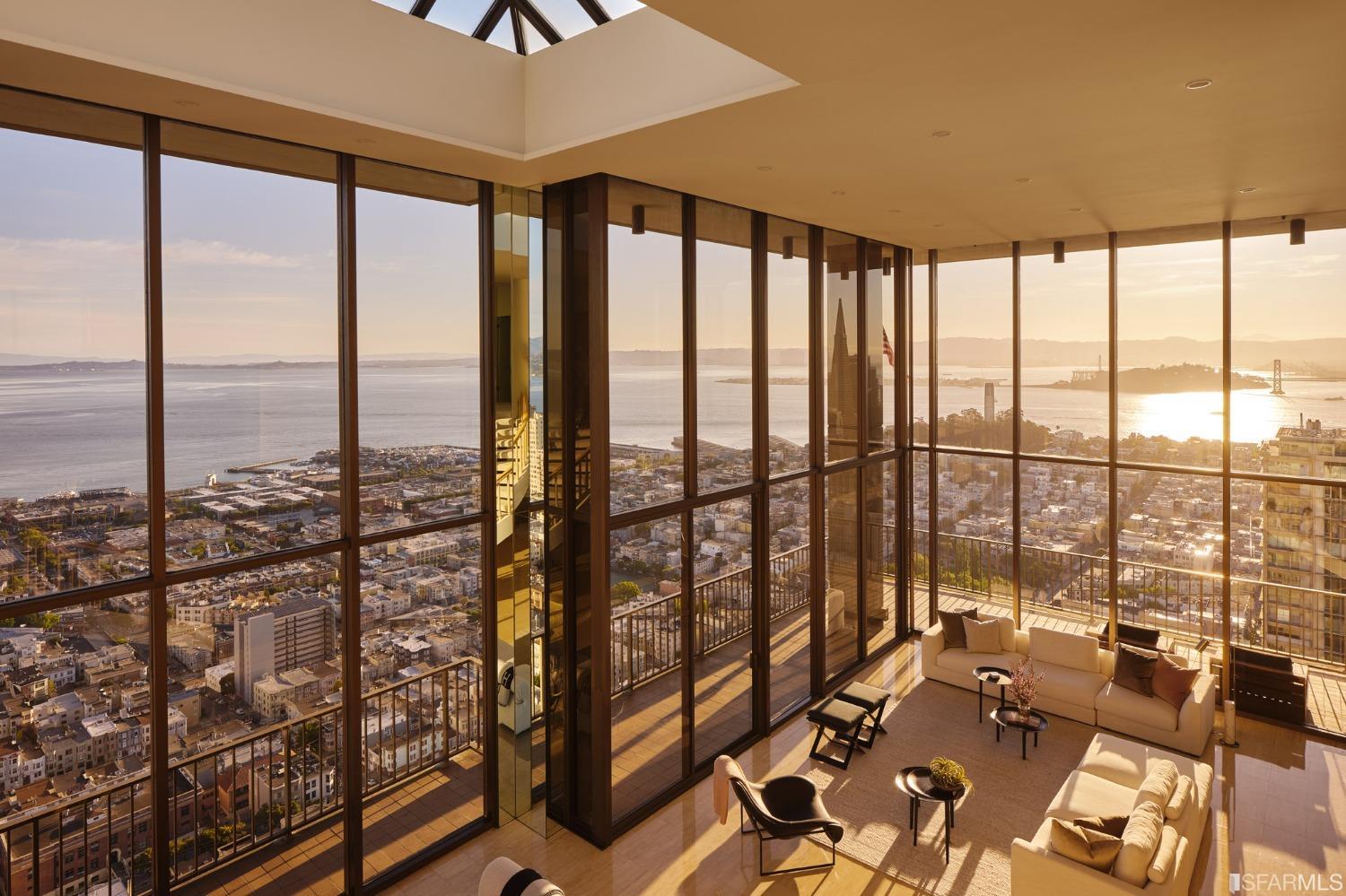 In our comprehensive history of Bay Area developer Joseph Eichler’s legacy, we wrote that Eichler was an everyman builder who created attainable homes for middle class buyers. And indeed he was.

However. Everyone’s got to branch out now and then, which is how we ended up with the top floor units at 999 Green Street, the swankiest of which is now on the market again for a very un-Eichler like price in the neighborhood of $17 million.

The Summit building at 999 Green was one of Eichler’s late-breaking San Francisco experiments, of the sort that sadly brought an end to his visionary career in many ways. (Again, you can read all about it here.)

Designed by architects Niell Smith & Associates, the Summit does feature the same wide open floor plans and surrounding glass walls as Eichler’s famous suburban homes, although per necessity these two units have a harder time incorporating outdoor space, being penthouses and all.

Yes, we said two units, as there is indeed a second, slightly smaller sampling up for $12 million. Both formerly belonged to onetime Secretary of State (and, sadly, Theranos board member) George Shultz, somewhat confusingly referred to in the new ad as “San Francisco’s most beloved couple” alongside wife Charlotte Shultz.

(I mean, yes, Shultz was a popular public figure in this day. But presumably SF’s most beloved couple is really a Mission burrito with an Its-It for dessert?)

Both Shultzs died last year (almost 12 months apart), pushing these homes onto the market for the first time in a generation. The late Shultz pair paid a combined $8.7 million for both–ah, nostalgia.