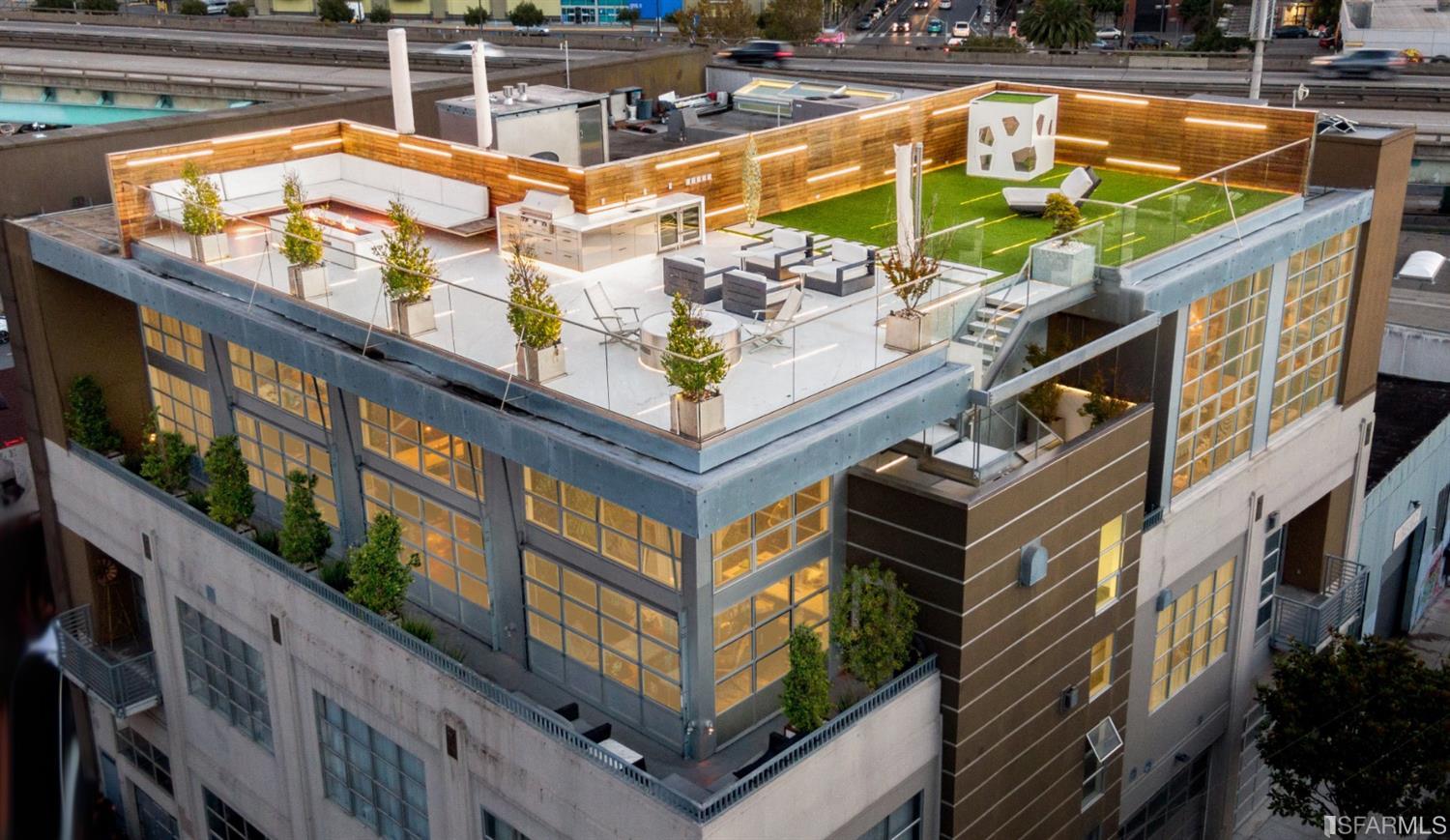 Welcome back to Maximum Luxury, a regular column where we pick apart San Francisco’s most expensive listings, purely out of a sense of obsessive curiosity.

Actually, oddly enough, you can’t look at much in 9 Bernice’s new listing this week, which features only a handful of interior photos, despite the interiors being the biggest selling point for this industrial penthouse.

Fortunately, we can go back in time to the last time this outre offering sold to show you what it looks like–but first, let’s take a look at what it looked like before that, when it listed in 2012. Here’s the gruesome details:

You get the idea: Very work space-y, very liminal, not exactly a comfort nest, although presumably somebody dug it.

Now here’s what it looked like just four years later:

A difference as stark as, well, black and white. What happened?

Well, the couple who bought in 2012 included the co-owner of the longtime downtown SF luxury clothing store Wilkes Bashford, and they had their own ideas about what a space like this ought to look like. “Industrial chic” was the term they used for it at the time, comparing it to a kind of ultramodern speakeasy.

That pair later sold it to Salesforce’s Chief Equality & Recruiting Officer Tony Prophet (a Microsoft alum) for $7 million, more than double their $3 million buy-in. (The sale was non-public, but Prophet lists 9 Bernice as his address on his SEC filings.)

Now he’s offering it again for just a hair under $11 million. Note that Zillow incorrectly lists the sale to Prophet as an eye-popping $18 million, which would make this current offer a $7 million loss setup.

Amazing if true–but of course, it’s not true. That’s why you should get your housing news here, where a real human being who knows better checks those numbers for you.