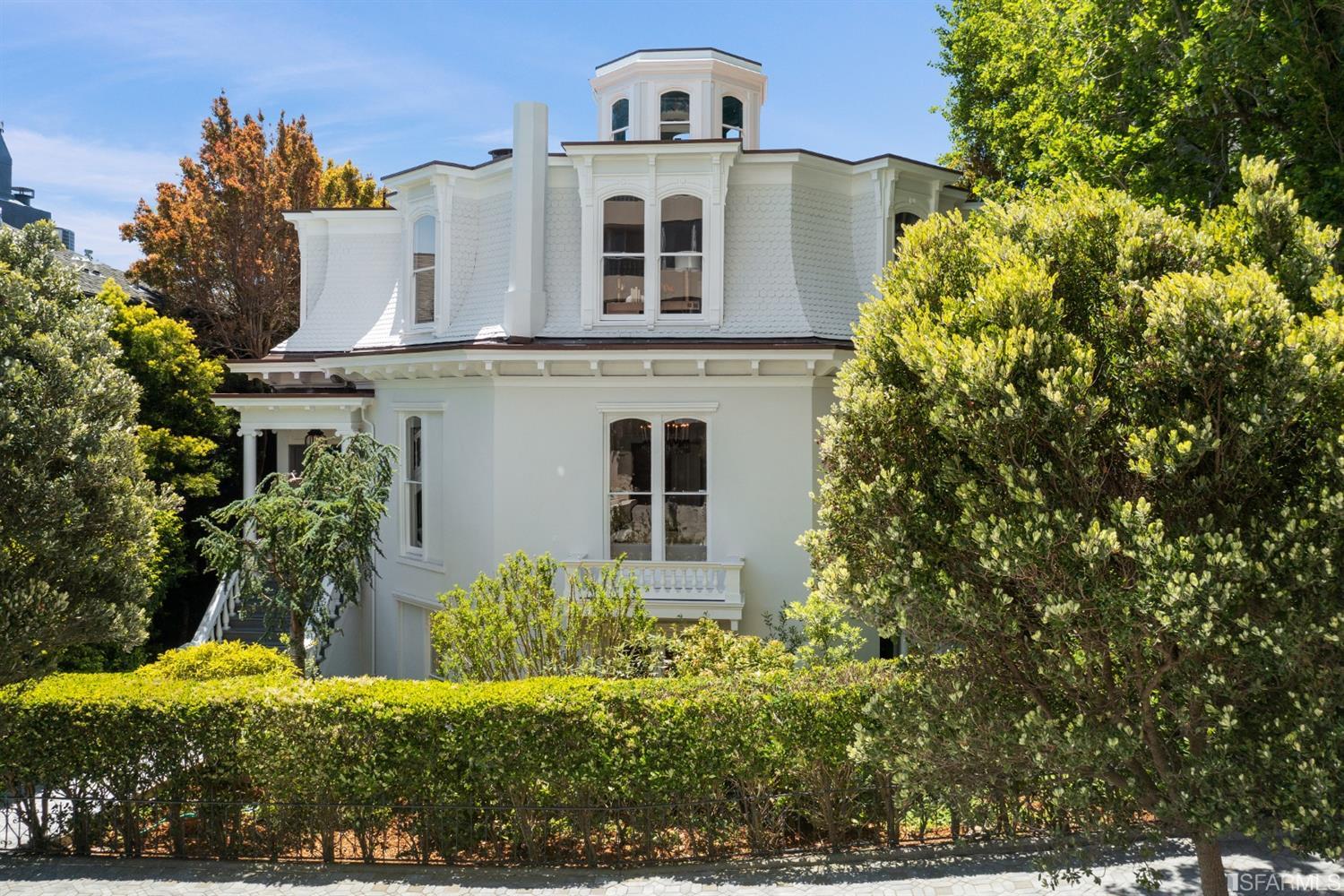 Over on Instagram, we’re exploring the histories of some of San Francisco’s most famous, most beautiful, and most historically important homes. Which includes a few surprises.

For example, did you know that the famed Feusier Octagon House at 1067 Green Street is for sale? Well, probably you did–it made headlines when the opulent octagon hit the market for $8.6 million last May.

What people might not realize is that it is STILL for sale, and has chopped its price way, way down, to $6.5 million, a price break of just under 25 percent–so in effect, an eight-sided home for the apparent market value of a six-sided one.

The two bed, two bath, over 5,000-square foot Russian Hill property dates to the mid 19th century, although as is often the case with pre-1906 homes there remains dispute over exactly when it was built. The third story is a later addition.

At one time, Octagon Houses were all the rage with certain rich and famous types, spurred by the book A Home for All; or, the Gravel Hall and the Octagon Mode of Building, by one Orson Squire Fowler.

Fowler was an, um, phrenologist from New York, who believed that a circular home was actually idea for mental health and wellbeing…but since that was a lot of trouble, he argued that an octagon was almost as good.

Although it seems unwise to trust anyone in Fowler’s line of work’s opinions about the shapes of things, the octagon design caught on for a time. Only two such homes remain standing in SF, the other being the McElroy Octagon House in Cow Hollow.

Fowler had some other wild ideas about homes, including that walls should be built from gravel instead of wood, since “wood decays,” and the land used up growing timber would be better put to growing crops to feed future generations. Nobody really went in for this one, which is quite lucky for those who built in the San Francisco seismic zone.

Although SF has many strict laws about the preservation of landmark homes, most such properties remain in private hands, and the last time the Feusier House sold was for $2.8 million in 1998. A previous, unsuccessful attempt at sale for $5.2 million expired in 2012.