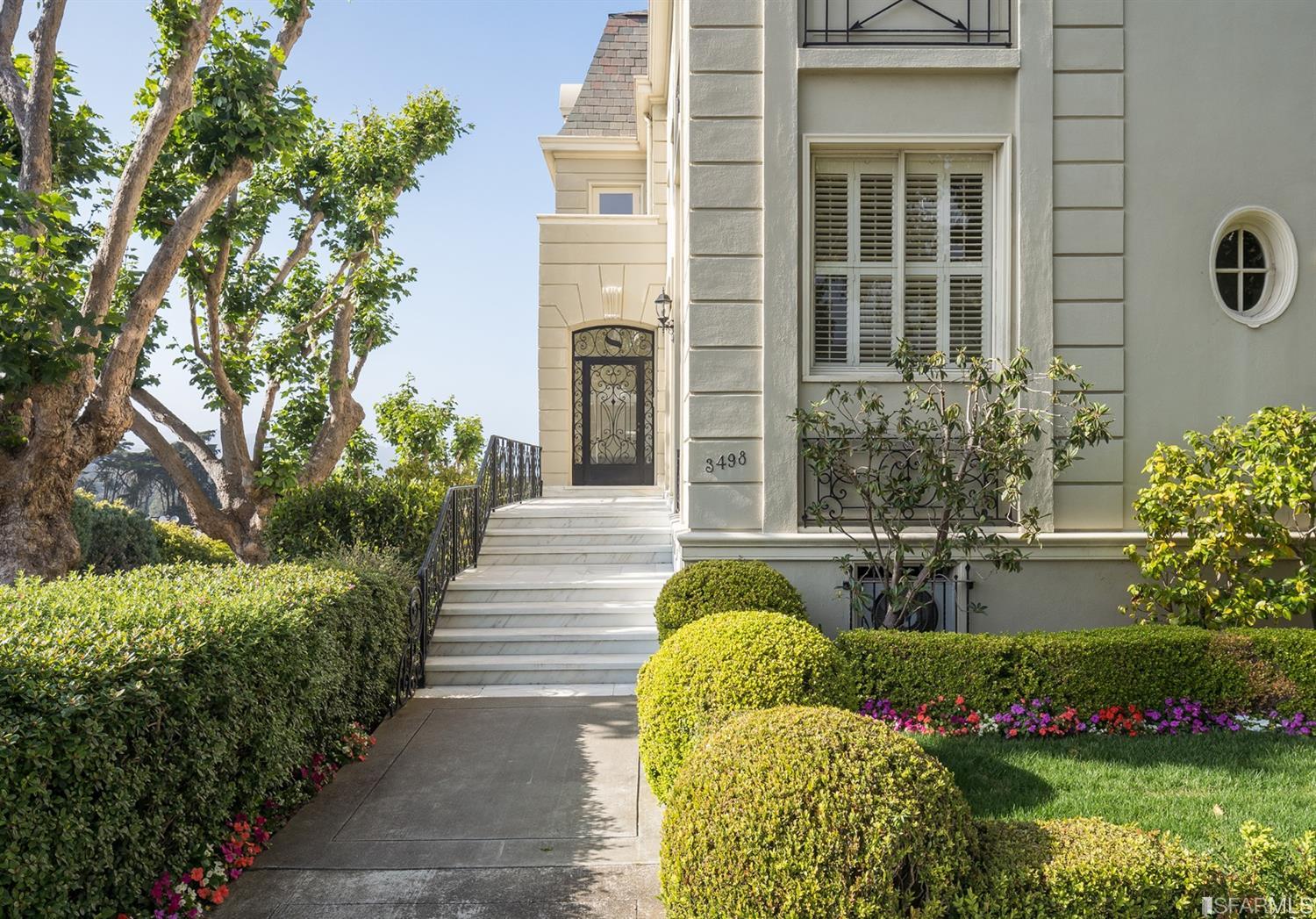 Hills Bros’ Coffee remains a prominent part of the San Francisco landscape thanks to their giant, inescapable waterfront sign right next to the Bay Bridge.

But the coffee tycoons left their mark on the city in other places too, such as the seven bed, eight bath circa 1937 mansion at 3498 Jackson Street that just sold for more than $12.2 million–notably several hundred thousand dollars less than the place was asking.

Once upon a time, this was the home of Herbert Gray Hills–not one of the original Hills brothers, but rather the son of one of the coffee company cofounders. The Hills were the first to sell canned coffee after inventing the vacuum packing method in the early 20th century.

The September listing for 3498 Jackson says that it hasn’t been on the market in 55 years; that math seems to add up, as Herbert died in 1964, and since then the house has been listed under the names of Jack and Carole Strauss. Earlier this year Carole’s estate landed in probate court, so the Strausses are evidently no longer with us either ,and that opened up the opportunity for the place’s third resident household since construction.

The original asking price was $12.9 million, but this final sale came in at just over $12.2 million. It seems significant when a high-profile property sells for less in SF these days, because overbidding is presently the norm: Out of more than 2,700 single-family homes sold in the city this year, the median asking price was $1.55 million, and the average selling price was $1.8 million.

However, that trend breaks down when you break into the truly astronomical pricing spheres: For SF homes sold this year for more than $10 million, the median list price was $14.2 million, but the selling price was less than $13.5 million, although note that there have only been 19 such sales, so it’s not a terribly robust statistical pool to draw from.

Even so, an underbid of a few hundred thousand on a place like this is not really surprising at all, especially when the relative paucity of similar properties makes it generally harder to “eyeball” a solid list price out the gate.