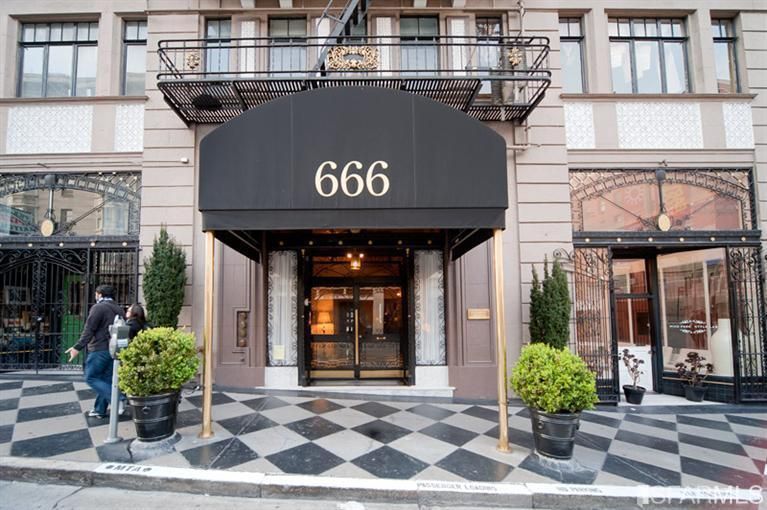 It’s the haunted season, and even real estate can be scary–or at least, certain homes seem to have a talent for scaring buyers.

As realtor gossip often has it, homes saddled with a supposedly sinister street number, like 13 or 666, are supposed to suffer depressed home values. But is it true, or just more superstition in itself?

According to MLS, since 1993 there have been 137 homes sales in San Francisco that involved a 666 address, 23 with a 13 address, and a single one with a 1313 number. Collectively, we’ll call all of these our “spooky address” sales.

For proper context, we broke down the median sale price and number of days on the market for spooky address sales every three years and compared them to the same stats for SF home sales generally. We went with intervals of three years instead of one because there aren’t very many of these homes in general, and we wanted to bulk up our sample sizes.

No tall tales here, we’ve got just the facts:

Those numbers look–pardon the term–pretty damning. However, there is a catch: Just one building, 666 Post Street, is responsible for 100 of the sales in our data set. This is not surprising, since few buildings sport such addresses anyway, and this one big one is pretty much assured to dominate the figures.

So it could well be that it’s not the numbers that people are paying less for but rather just this one co-op building. Unfortunately, if we remove all of the Post Street sales to try to control for this, the resulting sample size is not large enough to draw any real conclusions most years.

Of course, regardless of whether or not these numbers really affect sales, most owners and sellers would rather not risk it to begin with, which is why so few such addresses exist in the first place.

San Francisco being a melting pot, some homes may end up stigmatized for different numbers that are considered unlucky or taboo in other cultures; for a closer look at some of these, check out our column in the Richmond Review on Friday.