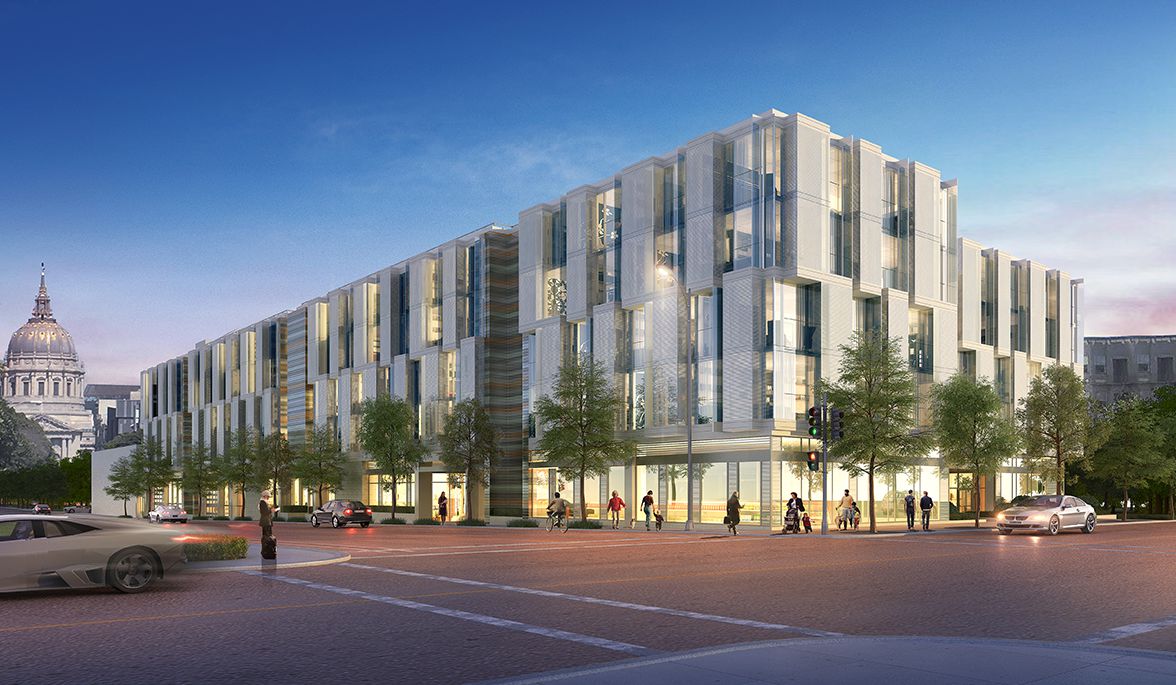 There are new listings for condos at 555 Fulton Street in Hayes Valley–and if that address rings a bell, oh boy, should it ever.

The long-delayed 555 Fulton project was the eye of the storm in the bribery scandal that engulfed the Department of Public works in 2020, the full ramifications of which are still being sorted out a few blocks away at City Hall.

The building itself actually doesn’t have all that much to do with the corruption that its strange development process exposed–indeed, those with a stake in those homes probably wish the rest of us would stop bringing it up.

But if you’re wondering whether there is in fact no such thing as bad publicity, here’s a look at the building’s prospects:

Just three days ago a new listing for a two bed, two bath condo, #307, at 555 Fulton floated downstream, initially asking $989K. This is not the first time the unit has come up for sale–in fact, it sold in March of last year for $940K.

How does that compare to what we might expect from a project of this significance? Well, there’s not necessarily a lot to compare to: Since January 1, MLS lists just 37 condos sold in Hayes Valley (including five in this building), and prices range up to more than $2.5 million.

However, only four have sold for more than the current 555 Fulton MLS record of $1.55 million–so price point seems quite competitive here.

Twenty-seven closings doesn’t seem like a lot out of a 139-units, though. And that’s where things get interesting.

Not every home deal goes through MLS, or even lists publicly at all; for example, city records show that 555 Fulton #511 sold in June of 2020 for $1.58 million, but that’s not reflected in our data. The previous #307 sale from last year isn’t there either.

Sifting through assessor’s records, we find that out of 139 addresses, the city has paperwork for sales on 105 of them, meaning something like 75 percent of the deals done here were handled privately.

There are lots of reasons why homes may end up sold in a more opaque environment than the MLS. Did the flurry of words written about the dark side of this development have anything to do with it? We can only speculate–but it certainly would not be a surprise if that environment didn’t lend itself to regular open houses.