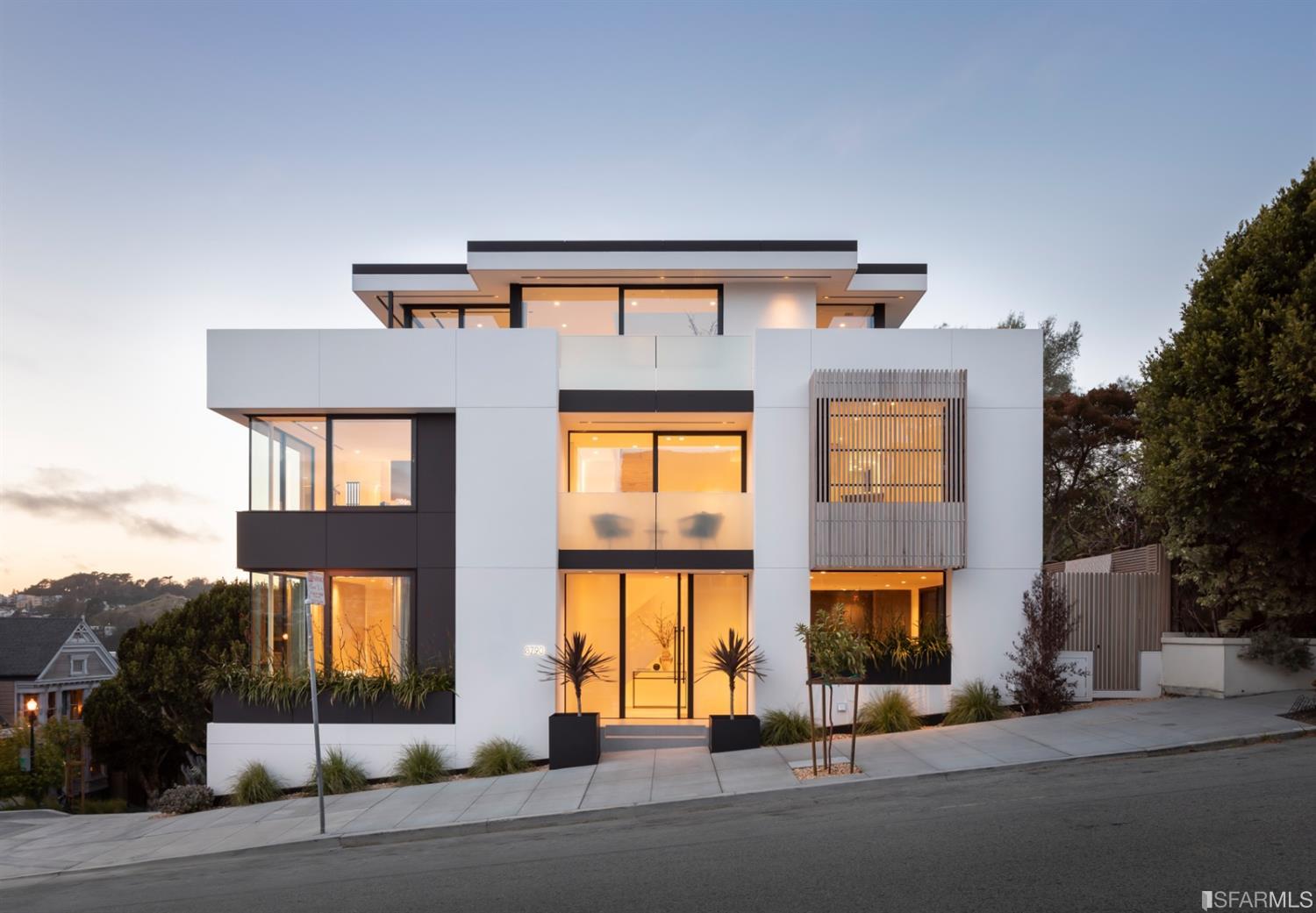 We’ve seen the two-unit property at 3790 21st Street that went up for sale this week asking $6.85 million before–despite the fact that this is actually the very first time this home has ever hit the market.

See, the last time this house was for sale, it was not yet this house: Previously, the lot at 3790 21st Street sported a circa 1929 duplex with Spanish tile roof, which sold in 2014 for $1.3 million–far below the average for a Dolores Heights home at the time (or two homes, as it were), but still quite respectable.

But those new owners had plans, turning around and petitioning the city a few years later to replace the two-story duplex with a comparably towering four-story layout with more than double the amount of livable space–and as we can see from this new listing, that’s exactly what they ended up doing.

This being San Francisco, the process was not as easy as just asking: Back in 2016, when the San Francisco Planning Commission was considering the new design, the neighbors complained (of course) about the new look, alleging that it was too big for the block and that the contemporary architecture would spoil the vibe of the nearby older buildings.

In a letter to city planners, renter Motaz Zagha (who lived in the old house’s second unit at the time) endorsed the remodel and wondered aloud, “I am at a loss why neighbors unaffected by the layout would interject their opinion”–a statement so disconnected from the nature SF neighborhood politics as to qualify as downright charming.

The city approved the update in 2016, but the actual construction didn’t go down in 2019. What happened in the interring years? Interestingly enough, they tried sell again–the old building, packaged with the new permits and designs, went on the market for $2.89 million–a steal for an ambitious buyer with an eye toward completing the upgrade, the listing at the time had us believe.

But apparently nobody bit: Per city records, there hasn’t been a sale here in seven years. Oftentimes this is a bad sign, as city-approved projects may flounder if the owner doesn’t have the funds (or patience) to build and can’t find anyone else interested.

That didn’t happen in this case though, and now that previous $2.89 million offer has more than doubled. The new listing even confers a proper name on the finished product: “The Bauhaus.” (Presumably named after the German art school rather than the seminal Goth band–but one can hope.)

That’s a lot of kismet for what once looked like a troubled project–assuming it sells now, of course.