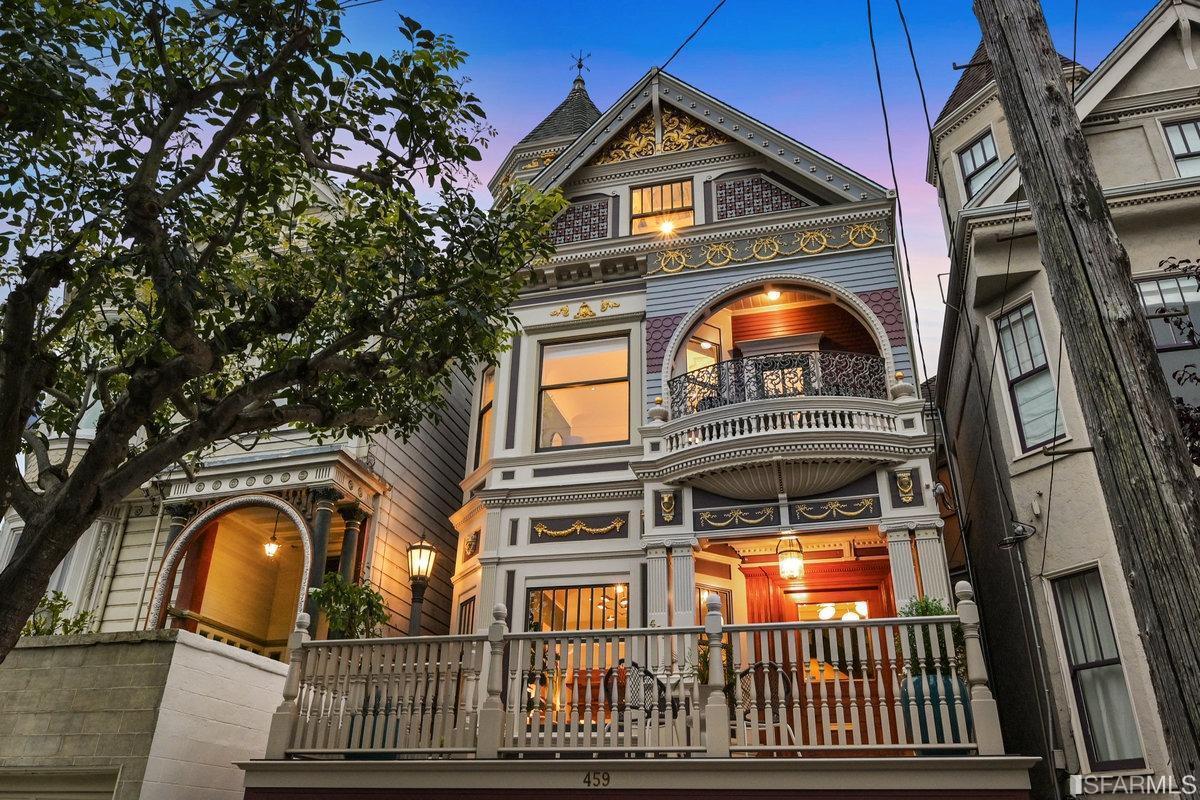 A great San Francisco home is a work of art–but it’s also a very valuable commodity.

Case in point, on Friday a new listing dropped for 459 Ashbury Street, one of the truly, profoundly beautiful Haight Victorians, with five beds, six baths, and a sumptuous baroque exterior dating to 1893.

It’s the kind of home that stops traffic–and on top of that, the current $4.99 million-plus asking price could stop hearts.

But a house like this is not just a home–for the seller, it’s also potentially the deal of a lifetime, which means the listing has got to hit those hot-button terms buyers like to hear.

This ad talks up “a major renovation” in the past; small surprise there, as fully 50 percent of SF home listings most weeks reference at least one of the R-words: “renovation,” “remodel,” or “restoration.”

Those terms are catnip for certain kinds of big-money buyers, but that means some realtors will look for any excuse to use them, passing off even the most minor improvements as supposedly major renovations and hoping nobody will look into it that closely.

Was that the case here? Well, peering back into its past though, it looks like 459 Ashbury is one of those cases where the work done really was significant: Per the Department of Building Inspection records, there have been six major building permits taken out on this address in the past 13 years.

In 2008 they went in for a full kitchen remodel, added a new powder room, remodeled all four bathrooms, enlarged the foyer, and added new bathroom access on the second floor.

In 2012, they built a new roof. In 2019, the owners ran up bills for “removal of ground floor non-conforming work” and reduced the size of the second floor terrace. And last year they replaced the garage door, the entry stairs, the entry deck, and the balustrade.

How much work was that actually? Altogether, those half dozen permits cost about $375,500 before inflation–enough to pay for an entire house in most other US cities, and indeed, enough for more than one in some of them.

Note that the costs we just discussed were split between two different owners–this place was just on the market a few years ago, selling in 2015 for a prime $3.5 million. The most recent sale before that was back in 2006, raking in $1.6 million, the equivalent of about $2.16 million today.