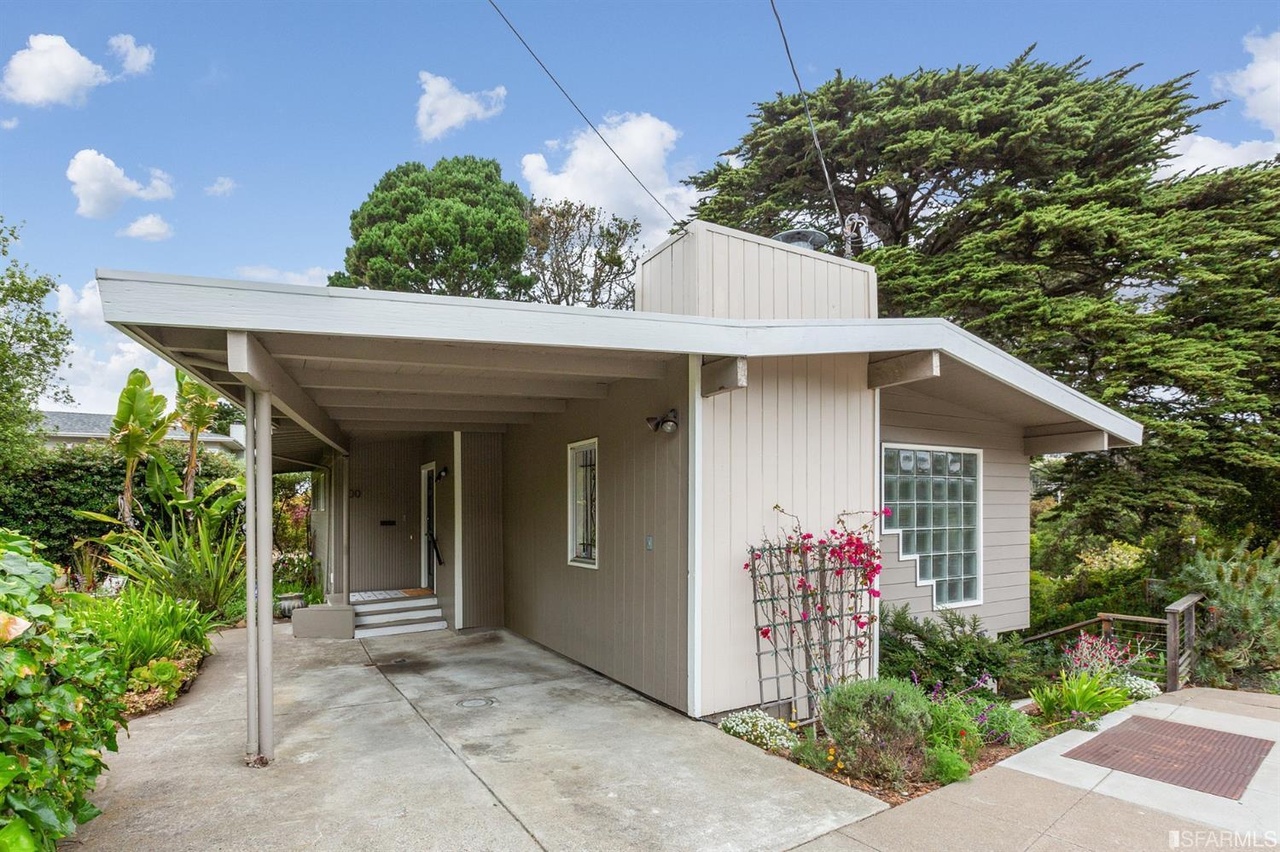 San Francisco’s remote and exclusive Sea Cliff neighborhood holds a special fascination for some housing aficionados, one that’s only partly owing to the multi-million dollar homes that people this liminal zone between the city and the sea.

Certainly the neighborhood has a lot to offer in terms of big-ticket, multi-room mansion properties to marvel at, with asking prices that have sometimes crept up over eight figures in recent years.

And those stoic monuments to personal wealth have inspired high-profile names to buy here, like late and beloved actor and comedian Robin Williams and all-time great heavy metal guitarist Kirk Hammett. Some famous neighbors have been a little less seemly than others: Crooked real estate tycoon “Lucky Luke” Brugnara stored millions in stolen art at his Sea Cliff mansion some years ago, according to the FBI. But even that was at least a colorful story.

But the thing that really lends Sea Cliff its aura of intrigue is the fact that out here it barely feels like you’re in San Francisco at all, seeming more like some distant, nature-laden zone of retreat. And this is by design, as Sea Cliff started as one of SF’s early 20th century “resident parks,” neighborhoods built on the outskirts so as to “suggest a feeling of living in the country,” Planning Department historians write.

And it still works: Take the case of the recently listed 100 El Camino Del Mar, a circa 1958 house right on the edge of the Presidio and looking toward Lobos Creek from the rear, “a large, quiet lot surrounded by lush, private gardens and mature trees and plants,” realtor Robert Vernon writes.

Rather than an overwhelming Sea Cliff mansion, 100 El Camino Del Mar is a rather charming little two bed, one bath place; according to city records, most of the more than 6,700 square foot property here remains open space.

And rather than the Mediterranean or Spanish Colonial look of many homes nearby, this one sports beautiful Midcentury sensibilities, with gently vaulted ceiling and classy frosted glass windows in the living room.

It’s also a bargain, at least by a certain standard of the word. The current asking price is some $2.2 million: That’s an intimidating sum of money by any objective measure, but it’s also nearly half of the average Sea Cliff sale price most quarters. Yes, bargains are relative–but the point is it stands out.

A wealthy buyer might be tempted to scoop this place up and attempt to build a much larger home on the huge lot. But for our part, we hope the property stays as it is.

The city assessor’s office does not record the last time this particular home traded hands, but judging from the fact that the last tax assessment valued the land at just over $265K (those were the days, apparently) it’s fair to guess it’s been a long time since the public had a look at this one.