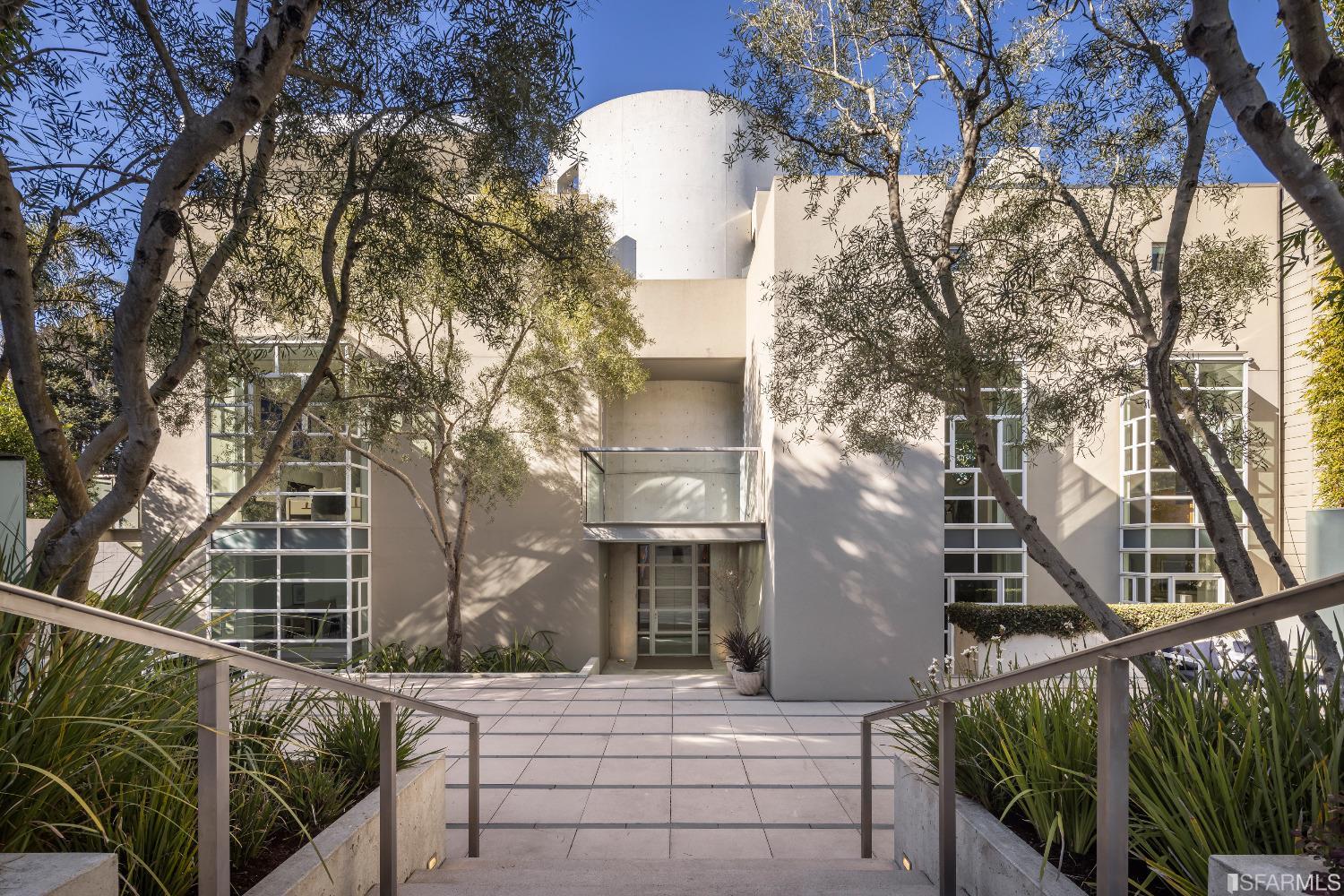 Just wait until you get a load of this place.

The house at 340 Lombard is five beds, six baths, and four stories; the lot is deceptively large, with the bulk of the space set far back from the street and concealed behind a curb-facing wall and gate.

The best word for the design would be “nineties.” If given the luxury of an additional word, we’d probably go with “extremely nineties.”

And indeed, the home dates to either 1996 or 1997, depending on who you ask (the city or the architect–their records do not seem to agree), the product of San Francisco architect Jim Jennings.

Dubbed simply the “Telegraph Hill House” in Jennings’ portfolio, he calls this place an assembly of “articulated forms” in which “all elements of vertical circulation are contained within the building’s anchor: a white concrete cylinder” running right smack dab in the center, filled with the likes of “concrete stair, steel bridges, aluminum elevator” and even a large skylight that itself doubles as the glass floor of an observation deck above.

Critics loved this place at the time: The 1998 book San Francisco Modern called it “an articulated metaphor for urban living” and claimed “the soaring cylinder […] represents the city itself,” while C Magazine dubbed it “a marvel of concrete and glass.”

Jennings built the place for gaga modern art enthusiasts Steve and Nancy Oliver, suiting its look to their tastes. The Olivers are also known for their sprawling “Oliver Ranch” property in the North Bay–where, wouldn’t you know it, you’ll find even more dramatic cylindrical installations.

The pair paid more than $6.26 million for this property in the ’90s, but that was for the land and the old house here that they demolished in favor of this one. The Jennings’ home has never before sold, and is now demanding $12.9 million–a nice round figure, perhaps.