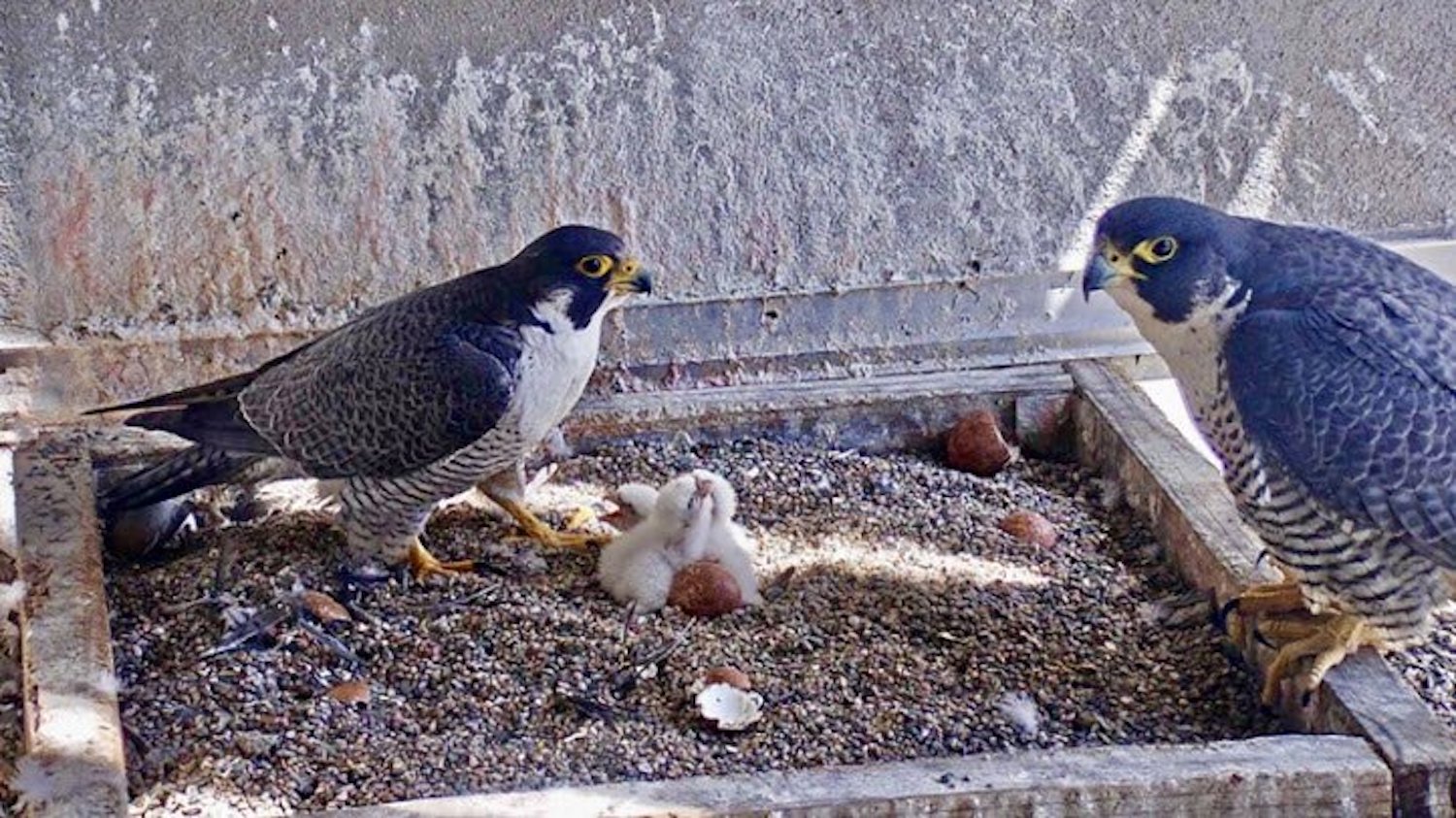 The big news downtown is that Hines, the developer that bought the longtime headquarters of embattled power utility Pacific Gas & Electric Company (PG&E) for $800 million back in May, plans to redevelop the entire block and create a new, 800-foot building with over 700 homes.

That’s all well and good, but the question remains: What about the birds?

Since 2004, PG&E maintained a roost on the roof of its building at 77 Beale Street where a pair of rare peregrine falcons hatch their eggs and rear their young.

The utility worked in partnership with UC Santa Cruz researchers to foster the birds and maintain a live webcam feed on the nest; this year’s season saw four new hatchlings.

Besides just being adorable, the chicks are part of ongoing conservation efforts to help threatened peregrine populations rebound. So what does the big realty redevelopment mean for the one family that’s already lived on the site for years?

Hines spokesperson Madison Ulm tells the Front Steps that “soon” the falcon feed atop Beale Street will be turned off, but “as part of our planned redevelopment of the campus, we are working with the Predatory Bird Research Group (PBRG) at the University of California, Santa Cruz to protect the birds while the area undergoes construction.”

Ulm adds, “As the project progresses, we will evaluate the best options to create an alternative nesting site.”

So it looks like the 17-year tradition of PG&E peregrines is coming to an end, with the nest to be relocated somewhere else–to be determined.

Over the years, thousands of virtual birdwatchers have gotten awfully invested in goings-on at this one nest site, which can be quite dramatic: It’s not every year the falcons manage to successfully hatch chicks on the rooftop, and when they do, the young birds don’t always survive.

The Cornell Lab of Ornithology says that peregrine falcons “were virtually eradicated […] by pesticide poisoning in the middle 20th century,” but “have made an incredible rebound” in recent years.

Peregrines are common in coastal regions, and they often adapt to city living because they like to hang out atop tall buildings and prey on pigeon populations.

According to conservation-based non-profit Defenders of Wildlife, falcons mate for life, a relationship they can maintain long-term because they have few predators of their own. The current PG&E couple are nicknamed Matilda and Dan. More than 45 chicks have hatched atop the Beale Street HQ over the past decade or so.

UC Santa Cruz has not yet returned requests for comment about the future of the nest site.