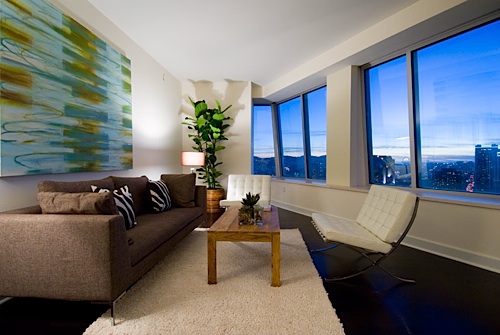 Because I had a listing not too long ago at the St. Regis, I like to keep up on that building, and lucky for you, I like to share what I find. Although young, considerably younger than my colleagues (most of whom I completely respect and admire) selling in the building, I’m no dummy.

Here is a list of most recent activity at the St. Regis (188 Minna). What is important to note on all of the “active” listings, every single one of them has either been on the market before with another agent, or been reduced by a large enough margin to reset the DOM (Days On Market). So they are hardly “new” and hardly “active”. In fact, I’d go so far as to say every listing there is a Stalefish, which by no stretch of the imagination means it is a bad property, just getting a little long on the market, and a great opportunity for you buyers that have your eyes on the St. Regis.

For comparison, we sold unit 38B three months prior to unit 27D, and we sold it in seven days for a higher price per square foot than what 27D recently achieved, and many would argue 27D to be a nicer unit. At the time we advised our clients to take the offer we had on the table and run to the hills, even though it was below asking (asking $2,395,000), and we knew we’d be laughed at by some other agents selling in the building and rumors about our sale would quickly circle, which they did, and which is exactly why we kept the sales price confidential.

We’ll let you do the math and discuss. For us, the writing is on the wall, and if you’re interested in a unit at the St. Regis, or currently live there, we’d be happy to discuss all high rise luxury sales and listings with you (email [email protected]).