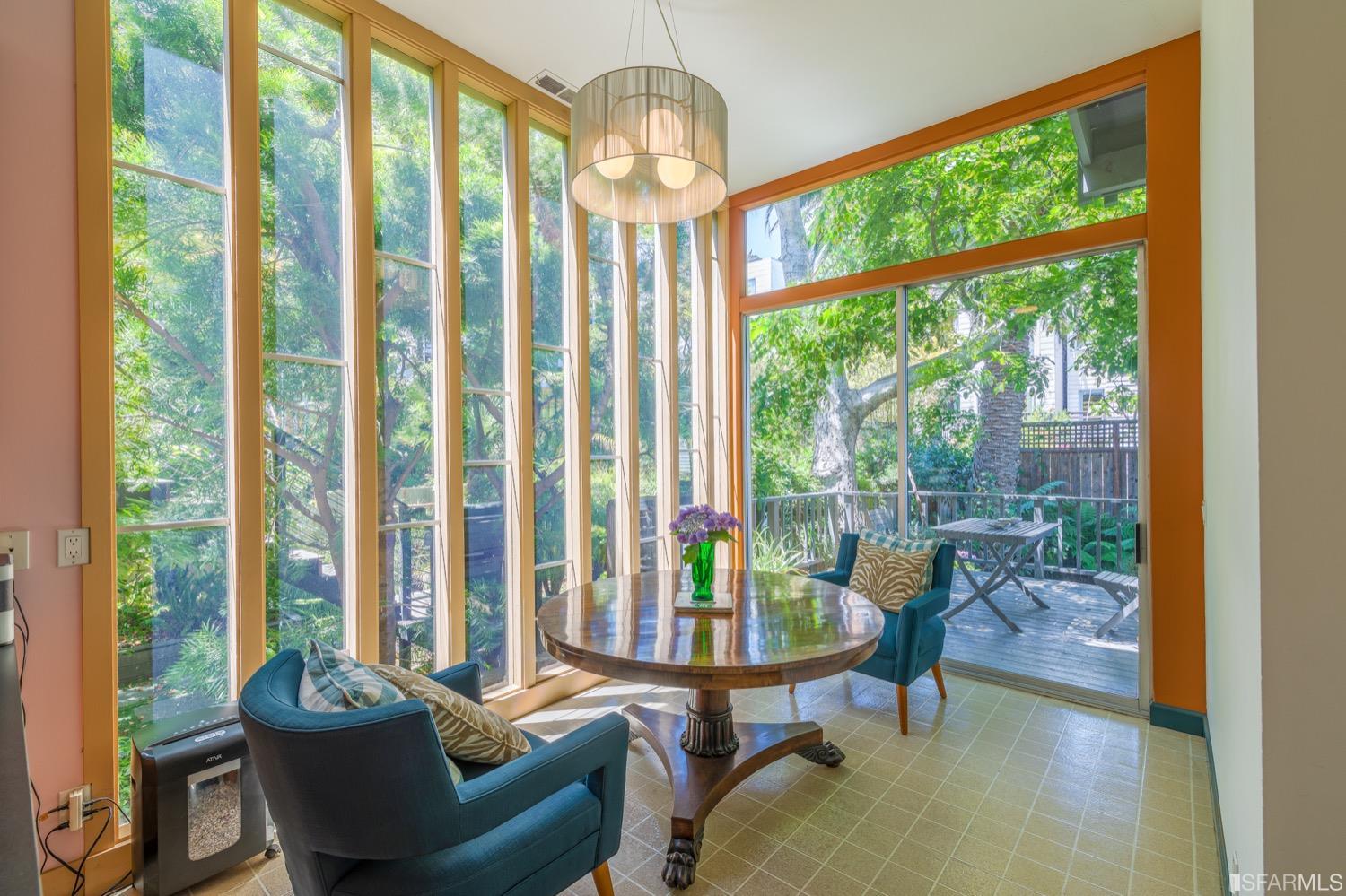 Now here’s the kind of SF home you don’t see every day, although we have seen it many times before: The five bed, three bath, Greek-revival Victorian duplex at 164 Henry Street first hit the market almost exactly two years ago, then asking more than $3.99 million.

That offering came and went without any takers, and since then it reappeared several times with several price breaks, now a full $1 million down from the original prospects.

These fascinating interiors were the muse of former owner Dale Champion, a longtime writer for the San Francisco Chronicle and an environmental activist who spent years preserving and updating this circa 1898 home with the likes of a 13-shade color palette and “Art Nouveau–style stained glass windows.”

Champion died in 2008, though the city records a sale of this property the year before his death, for $1.5 million. The current owner is a San Francisco family therapist.

According to his obituary, Champion was a Stanford grad who mostly wrote about ecological issues during his long news career.

That poses something of a conundrum for modern housing watchers: Just how did a newspaper reporter afford a place like this?

We asked Champion’s longtime friend and colleague Carl Nolte, who told us that Champion bought 164 Henry for $250,000 “after he inherited some money.”

“We all laughed” at the idea of a newspaper man spending a quarter million on a house, Nolte says, “We thought he was nuts.”

Champion might have laughed all the way to the bank if he had any idea what his old abode might be worth someday. Nolte also notes that it’s apropos the home list right before Bastille Day, as the “devoutly” French-American Champion used to throw enormous Bastille Day parties at this property.

Well, hopefully some buyer will be saying “Vouloir, c’est pouvoir” about this house soon enough themselves.