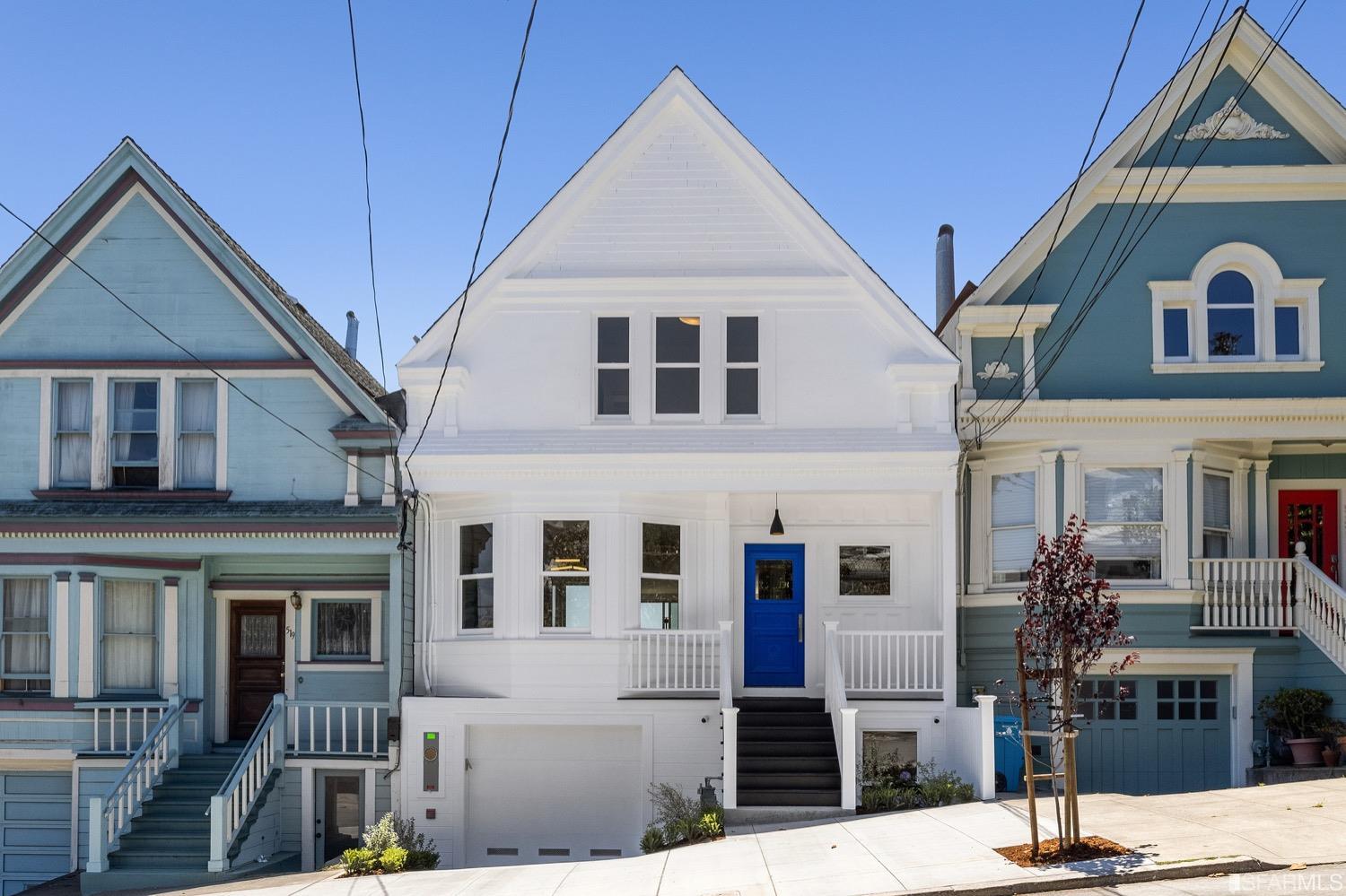 If you buy, sell, or even just watch homes in San Francisco for long enough, you learn how to predict the future.

For example, this onetime classic 1909 Noe Valley Edwardian ala architect John Anderson last sold in 2019 for the kingly sum of $2.5 million; and if you took one look at this place and guessed that it would never be the same again after that sale, you were absolutely right.

Previous listings for 523 Alvarado Street emphasized the then-extant period details, still visible in some of the old photos below: The wainscoting, that coffered ceiling, the built-ins, the strategically placed margins of wallpaper–all classic 20th century Edwardian/Victorian SF fare, albeit somewhat worse for the wear in certain places.

But none of that was long for the world once they signed the papers on this place three years ago; while the facade of the old house remains and is pretty much the same today as it ever was, a facade is truly all it is, like the front of a backlot set on an old Hollywood production.

Perched just behind that is as thoroughly and utterly modern of a San Francisco house as you’ll ever see in this neighborhood; it’s not just night and day from the old look, it’s another planet entirely.

This of course is a story we’ve seen repeated over and over again in countless similar homes the past ten years; and to be honest, we feel a little weary that these new interiors are so difficult to distinguish from so many others these days.

But it’s no secret why: The new asking price is nearly $6.5 million. Those old floors, charming though they may be, were never going to knead that kind of dough.