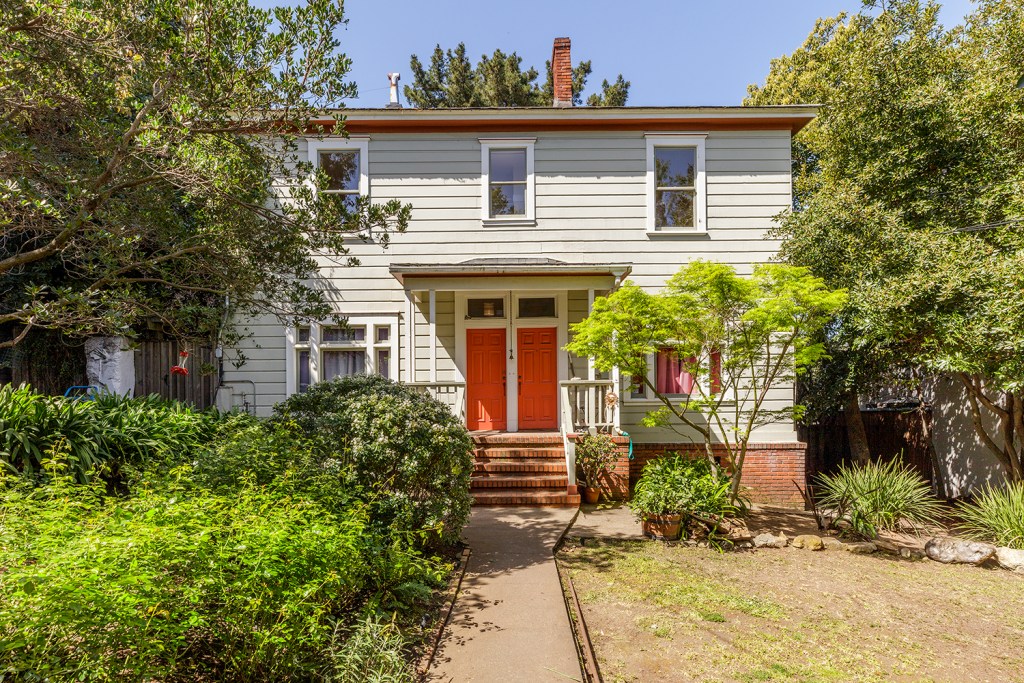 In a certain sense, every home is a piece of San Francisco history–but some of those histories are admittedly going to furnish you with more to read up on than others.

For example, take the Front Steps’ newest listing at 690-692 Wisconsin Street, a pair of flats on a deep Potrero Hill lot, with a third cottage unit in back, freshly listed for $1,995 million altogether.

Now there’s actually been a lot going on at this property since the earliest days of Potrero Hill development: For one thing, this was the childhood home of Julia Bergman, historian and “Patron Saint” of City College libraries and their stirring Diego Rivera murals.

Peering into the history of the property herself, Bergman discovered that this was one of the oldest homes in the neighborhood, singled out in an 1892 photo from the California Historical Society. Bergman’s family identified this image as “the original De Haro family home,” a mysterious reference that prompted her research for a planned book on De Haro history.

Sadly, it looks like that book never happened, and Bergman died in 2017, possibly taking the meaning of this annotation with her. Be that as it may, SF historians do know that Francisco De Haro, onetime alcalde (mayor, essentially) of San Francisco, laid claim to Rancho Potrero in the 19th century, after tragically inheriting it from his own sons when they were (illegally) executed during the Mexican-American War.

Later De Haro descendants lost the rights to the land in a protracted legal fight with developers and squatters. All of this was decades before the 1892 photo, so we’re left unsure which De Haros might once have lived at this property, or when–at least for now.

As it turns out, those are not the only SF notables who once set up shop here: According to the SF Beat Museum, radical poet Kenneth Rexroth once lived in one of these very Wisconsin Street units; indeed, Potrero Hill was a bit of a beat hub in those days, as Lawrence Ferlinghetti and Jack Kerouac were just a couple of doors down.

Rexroth was dubbed the “Godfather of the Beats,” being somewhat older and better established by the time the younger and even more radical writers came onto the scene, and sometimes employing his assets to help young Beats break in–for example, it was Rexroth who organized the 1955 reading of Howl at City Lights.

Actually, Rexroth didn’t particularly like a lot of the Beat scene, and he had a much longer and more diverse career than many of those now more famous poets did. But we don’t get to pick our legacies.

Rexroth’s tenure here remembers a time when Potrero Hill was still a rough and tumble working neighborhood, not unlike echoes of the Bergman and De Haro eras.

And who will be these homes’ next notable residents? Only time–and several million dollars–will tell.