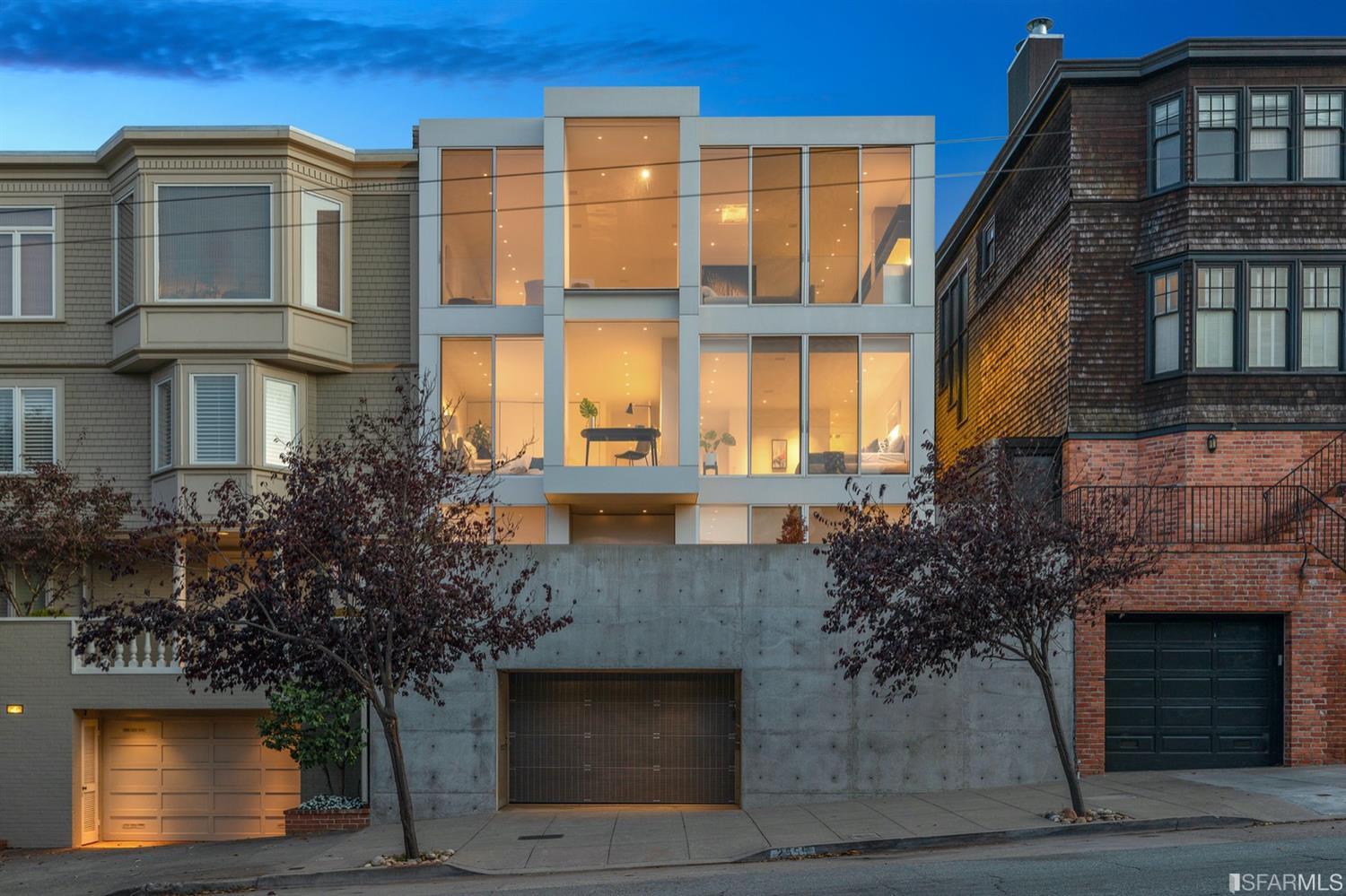 Welcome back to Maximum Luxury, a column where we gander at the most expensive homes in San Francisco, simply because we can’t resist.

You can’t keep a designer home down, and the sprawling Stanley Saitowitz-designed house at 2555 Union is one again for sale, seeking a princely $12.3 million in yet another bid on the open market.

This four bed, four bath, ultra-modern pad circa 2006 is kind of an odd duck: While it is situated in the high-class corridor of Cow Hollow, it sits nestled between unassuming looking older homes, and its curb-facing facade, while certainly sporting Saitowitz’s distinct style, is neither as imposing as his larger-scale works nor as reflective of the natural landscape as a lot of his smaller homes.

Saitowitz, San Francisco’s most acclaimed but also most polarizing architect and critic, noted for his love of looming geometric shapes and glacier-like building silhouettes, was called into this job to redesign the 70s spec house that previously sat on this lot, creating a museum-style spread that allowed for a lot of flattering natural light to hit the then-owners’ art collection.

The thing about this place is it’s been a bit of a hot potato in recent years: It hit the market in 2011 for $9.25 million, whittled down to $7.95 million by the time it sold the next year; then those buyers almost immediately tried to flip it by listing for nearly $9.9 million two years later and selling for just a hair under that in 2015.

Over the years, this property has been a frequent star on Most Expensive Homes lists in San Francisco; presently it’s the 15th priciest property publicly listed in the city.