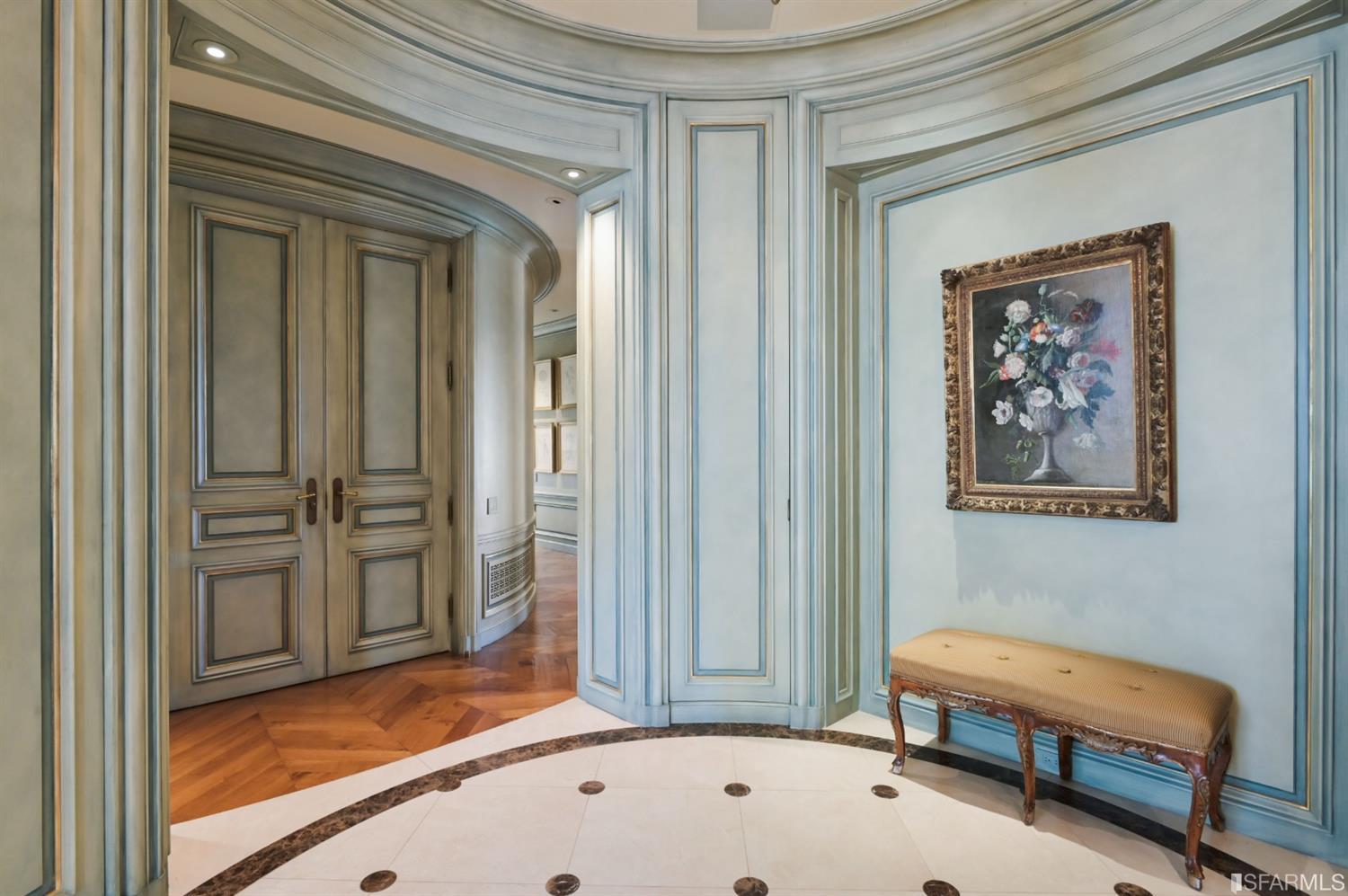 What do you get for $8.9 million in the Nob Hill condo market these days? Well, at 1001 California Street #3, which just listed for that very rich sum, you get not only a two bed, three bath home but also history–or at least, the modern equivalent of history.

If these interiors look surprisingly lustrous for a modern SF condo, that’s on purpose; as the ad says, this unit is the product of interior designer Suzanne Tucker and also particularly of architect Andrew Skurman.

Skurman Architects is an SF-based firm founded in the 90s that specializes in “classical architecture,” or really what we might call neoclassical (or classicist) architecture–new buildings created in the style of antique designs. Skurman divides its portfolio between Mediterranean, French, and Georgian profiles.

If you recognize Skurman’s name, it’s probably from the firm’s work helping restore the Legion of Honor a few years back–otherwise he mostly specializes in very expensive homes for very expensive people, decked out in his very expensive historo-throwback style.

There is of course no such thing as a general “French” style of architecture, so the firm’s reading materials refer to their designs as “applying classicism through the diverse traditions” of these architectural histories, based on a variety of “historical precedents that meet [clients’] needs, tastes and lifestyle.” In a 2012 interview, Skurman praised historical designs that are “majestic, symmetrical, and conceptually pure.”

Believe it or not, these sorts of buildings can be controversial in this day and age: Sometimes, what we term “classical” art and architecture adopts a belligerent political element, or else critics who favor the less baroque and more austere approach of modern design just write off these old looks as derivative or trying too hard.

Skurman, however, seems to favor the enduing nature of latter-day looks, saying that he expects his buildings will still “look fresh” in a century. And there is some logic to this approach; if a classic Beaux-Arts building remains appealing after several centuries, why might a newer one not seem equally so down the line?

The larger 1001 California building dates to 1914, and since 1997 unit sales here have averaged around $2.7 million; last year was the first time since 1998 that saw two publicly listed sales here in one year, for $3.3 million and $3.6 million. This particular condo listed last year for $9.9 million, but dropped off the market after three months.