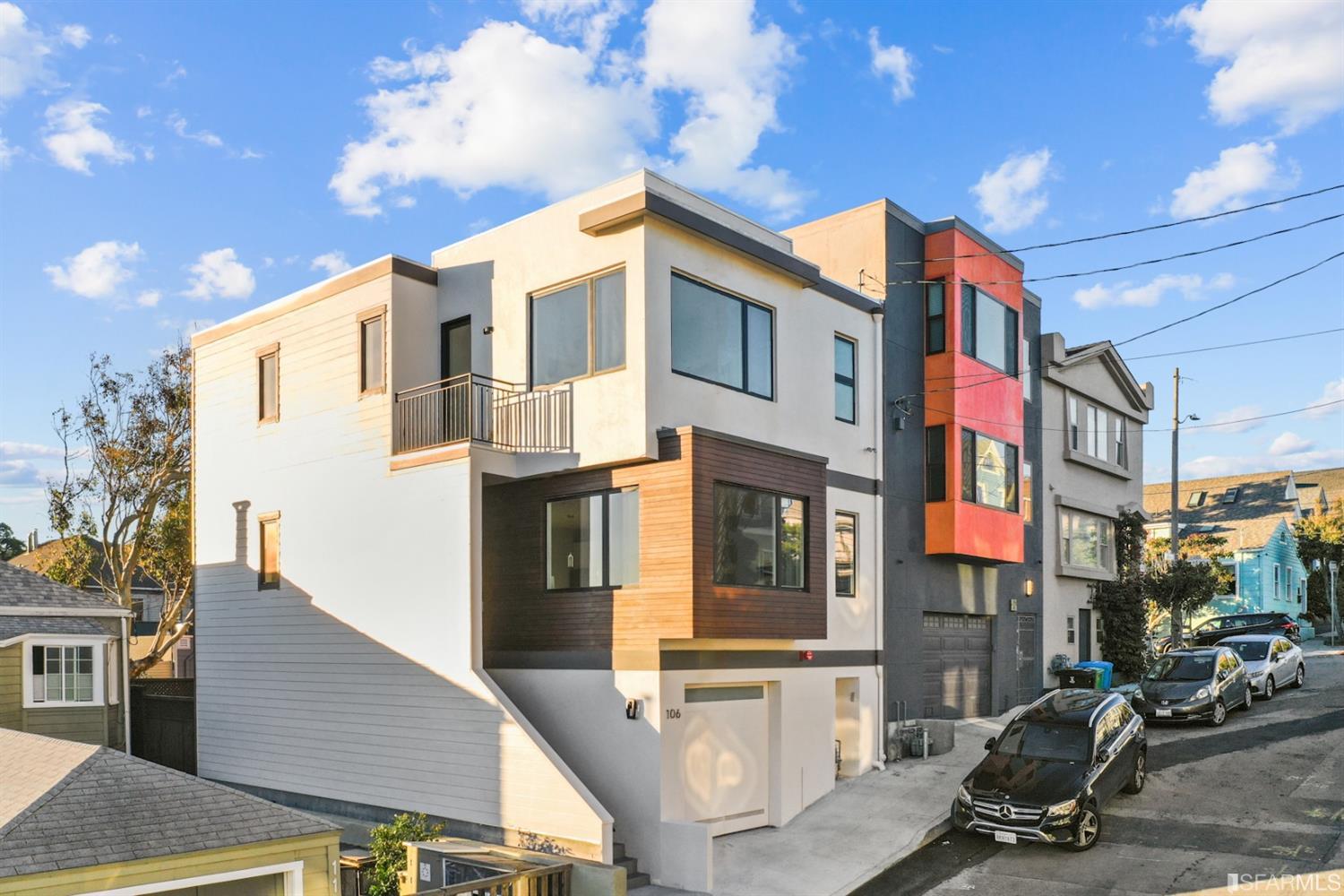 According to the new listing for 106 Bache Street, the four bed, four bath property now asking $2.28 million is a “brand new house in Bernal Heights,” and that’s true–but it’s only a fraction of the story.

Bernal Heights remains one of SF’s most popular and marketable residential neighborhoods, but it’s also one of the toughest to build in thanks to neighborhood politics and the sometimes uncooperative nature of the landscape on hilly barren lots.

The city issued permits to build a three-story, two-unit structure at 106 Bache back in 1999, but the owner pulled out and cancelled, after initially trying to sell the development for a mere $99,000 without success.

Five years later there was another attempt to sell the empty property, this time for $399,000; that listing expired without a buyer, but the land eventually moved the next year, racking up a $350,000 sale.

Once again in 2007 there are permits filed “to erect three stories, two family residential building,” and once again it did not happen. The lot goes up again for sale that year asking $333,000, but the listing ends up cancelled.

That’s the final MLS listing for this site, but according to the City Recorder’s records there was another sale, apparently off-market, in 2010, for just $105,000.

Seven years later, the SF Planning Commission hears another bid to build here, once again aiming for a three-story building, now down just one unit. Compare the proposed facade to the one we eventually got.

Permits are approved in November that year, but it’s not until four years later–now–that construction actually finishes. And here, finally, after all, that, we have a brand new Bernal Heights house–and perhaps a $2.28 million buyer for it out there somewhere.