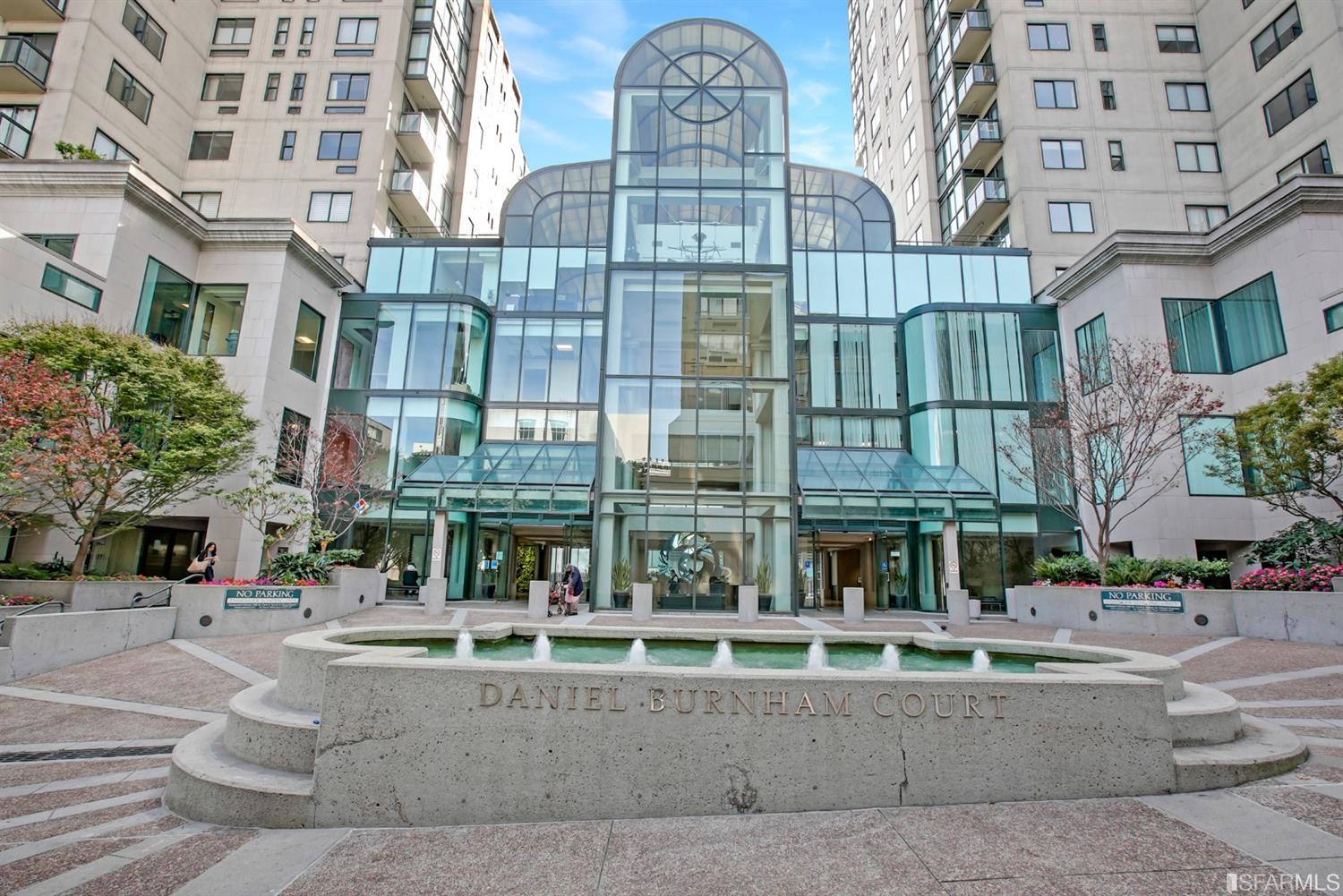 When it comes to writing home listings, we probably shouldn’t be too particular about the terms that realtors use–after all, they’re trying to make their offerings stand out, and most superlatives are in the eye of the beholder.

Nevertheless, you’ve really got to pause over something like the new listing for 1 Daniel Burnham Court #206, which describes the building as “located in the heart of San Francisco.”

Where exactly is the heart of San Francisco? Opinions vary, but probably very few people would place it on Daniel Burnham Court, a one-block street branching off of Van Ness that hardly anyone has ever heard of.

That said, this is actually a fascinating case study, because on paper and in a purely theoretical realm, such an address does look like it might be a very hot ticket.

Consider: Van Ness Avenue is a major SF thoroughfare, and one that the city has spent a lot of time and money on, both in terms of the street itself and in spurring nearby residential development.

Daniel Burnham Court is only a short walk from cultural centerpieces like the SF Opera House, the symphony, the Jazz Center, the Cathedral of St. Mary, City Hall, and all of the SF Civic Center beyond it.

And it’s centrally located between the Fillmore and the Tenderloin, two of San Francisco’s most historically and culturally important neighborhoods, with some of its best (and, often, most under-appreciated) architecture.

So yes, bordering on Van Ness Avenue here seems like it would be a real plum location–if you’ve never actually lived in San Francisco and don’t know any better.

The reality of it is that Van Ness has never been the major hub that it by rights probably should be–it’s more of a no-man’s land, a purely utilitarian avenue that funnels traffic but not a lot of human interest.

The Fillmore is a neighborhood that, sadly, has never really recovered from 20th century redevelopment; and while we love the Tenderloin, it never gets its due either because, well, it’s the Tenderloin.

The Civic Center area, for all of its beauty and historicity, has rarely been successfully activated as a space for residents either. In short, because none of the areas southern Van Ness cuts through get their due, neither does Van Ness, and it has never really had a community of its own–it’s just the edge of many others.

This is not to low-rate listings like 1 Daniel Burnham Court #206–as a matter of fact, we particularly like this building, with its glassy, upstanding 80s-era optimism, and the proffered $658K asking price for a one bedroom condo here is a sound deal.

And the city is still high on long-term plans to capture the energy of all of the new development along the southern hub of Van Ness to finally make the surrounding blocks worthy of their longtime potential.

Neighborhoods are not built in a day–rather, they come together one person at a time. Maybe it starts with whoever buys this home, or the next one–or one of the ones yet to break ground?