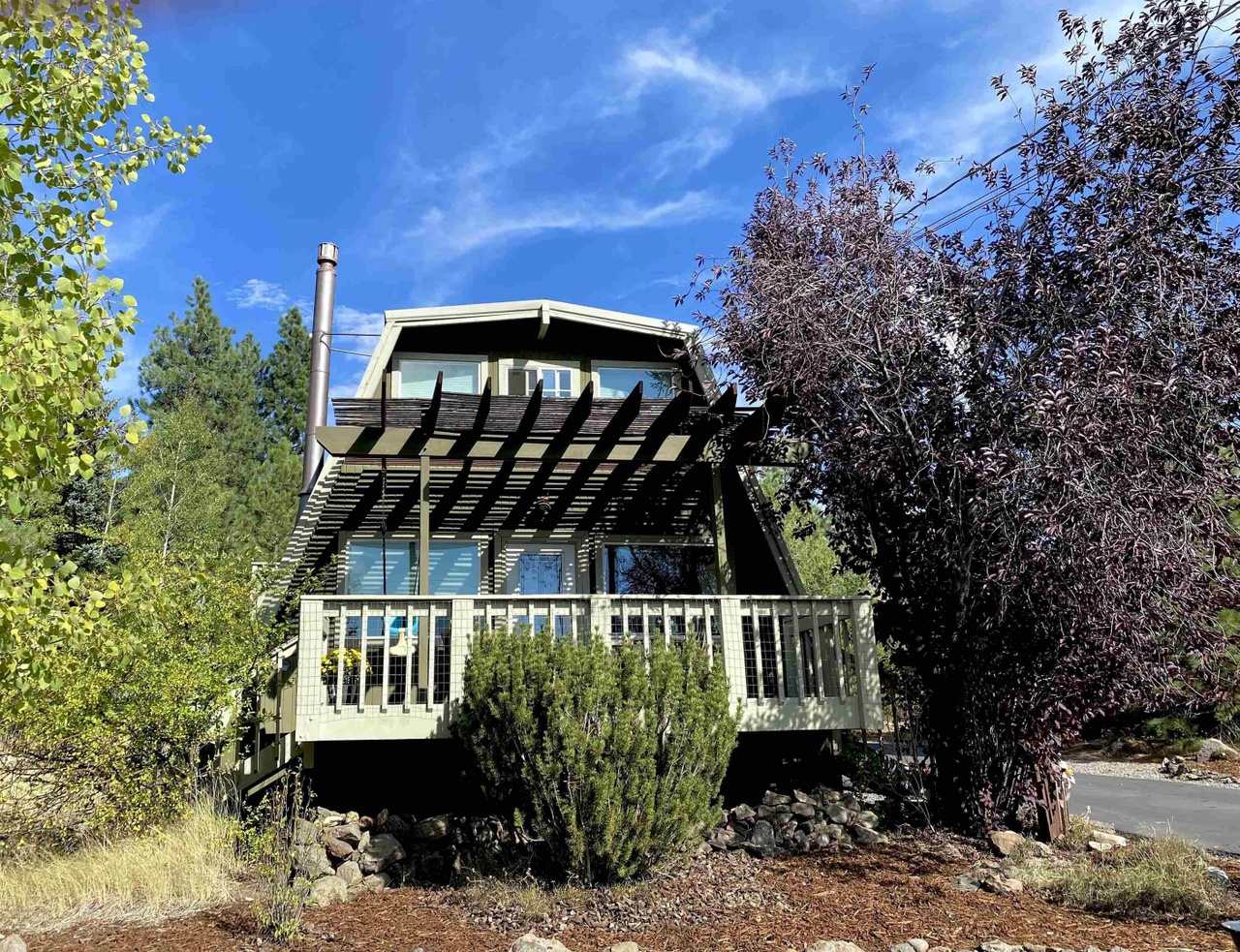 If you’re looking for decisive vindication of the idea that Lake Tahoe is an entirely different world from San Francisco in housing terms, consider that a two bed, two bath house in Truckee (on the north side of the lake) can be had for the SF-frugal price of $675,000.

Now of course this is not news in itself: Homes outside of the Bay Area can be had for cheaper, that’s a fact almost no matter what the specific context. But Lake Tahoe is itself a profound luxury housing market, with lavish Truckee homes listing for many millions of dollars–San Francisco money, essentially–every week.

So you see, it’s the kind of place you can go to spend San Francisco money–but it’s also where you can go to find what would qualify as a steal by SF standards.

And 15456 Waterloo Circle is not a slouch–this circa 1973 setup is a “modified A-frame,” capturing some of the spirit of rural 20th century architecture that many SF homebuyers and architecture enthusiasts find peculiarly compelling.

The A-frame craze maintains an almost cult-like popularity today, especially among city-dwellers in places like SF, who associate it with nature, seclusion, and particularly with mountainous Northern California.

A traditional A-frame is marked by its steep, sharp triangular roof, unsupported by additional vertical walls; interiors are usually open, with as few walls or barriers are possible.

This Waterloo Circle house doesn’t fit the classic A-frame silhouette, but the phenomena of the flat-top A-frame, while a bit more common outside of California, is not necessarily unusual here either.

A-frame enthusiasts usually emphasize the efficiency of the design–both its structural integrity and its use of space–as well as the beauty and tranquility of remote communities.

But more than that, many of these homes are popular simply because they’re products of 20th century American abundance, dating to the post-World War II housing boom.

As architectural historian Chad Randle wrote in his 2004 book A-Frame, “It was the era of the ‘second-everything,’ when postwar prosperity made second televisions, second bathrooms, and second cars expected accoutrements of middle-class American life.”

In many cases this also meant a second home, preferably one far away from both city and suburb; the proliferation of “kits” for cheap an easy A-frame construction made such homes an attainable option for many families.

The vibe of maintaining a special, secret getaway continues to grant such homes a special allure even to this day.