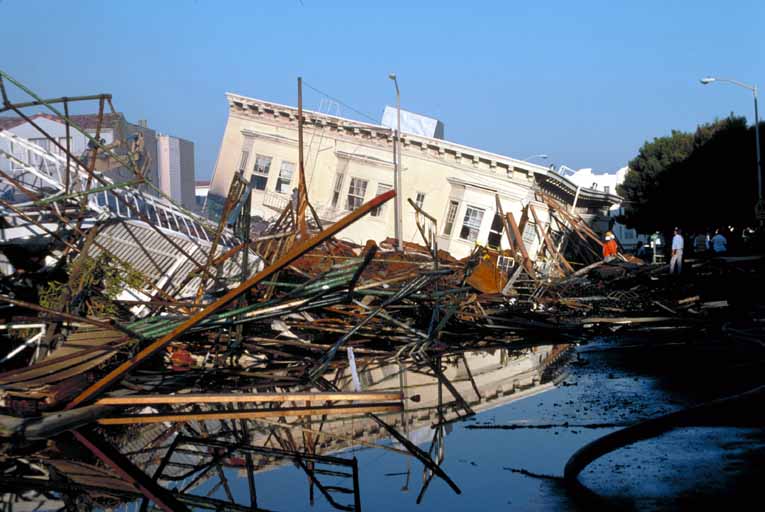 Last week we got an email from some potential San Francisco homebuyers fretting about–what else?–the risks of living in a major fault zone and the danger posed by certain neighborhoods and certain kinds of homes in the event of a major earthquake.

Along with the cost of living, this is probably the number one thing that preys on the minds of people planning to relocate to SF. If you too are feeling a bit shaken up on the topic, consider the following.

It’s true: A large, destructive earthquake will eventually happen in the Bay Area, although nobody can predict with any real accuracy when or where it will strike.

The result will certainly be widespread property damage: The most recent major regional quake in 1989 severely damaged roughly 11,500 homes–more than 50 percent of them in San Francisco even though the epicenter was some 70 miles away.

In 2018, the US Geological Survey estimated that the next major regional earthquake could cause up to $82 billion in damages and render more than five percent of local housing stock uninhabitable. Of course, these are only projections: the real damage could someday be much worse or comparably light, and while some homes will doubtless be destroyed, others may suffer little harm at all–the future is not for any of us to know.

Nobody much likes thinking about these things, but anyone considering moving to and especially buying a home in San Francisco should acknowledge them.

How Bad Is It Really?

Relatively speaking, the danger posed by seismic shakeups is arguably pretty mild compared to other disasters.

University of South Carolina researchers found that over a 30-plus year period, the most deadly natural events were heatwaves, followed by thunder and windstorms, cold weather, floods, tornados, lightning storms, coastal surges, and hurricanes. Earthquakes killed only a few hundred people over the same period.

Of course, those figures can be somewhat misleading: If the Big One happened tomorrow, the resulting loss of life could outstrip all those other disasters overnight. But the point is that most Americans accept much more greater hazards without giving it much thought.

Major earthquakes are devastating, but they’re also few in number. We should never be cavalier about the real dangers we all face, but by the same token we shouldn’t be paralyzed with fear either.

Where You Live Matters

Nobody can stop geological upheavals, but we can prepare for them in ways that will save lives and homes down the line.

For example, in the aforementioned quake of ’89, most of the worst structural damage happened in a few neighborhoods: SoMa, the Tenderloin, and the Marina.

In some neighborhoods this is the result of older buildings with deferred upkeep or code deficiencies that add up to tragedy over a long period of time, which is one reason why quake damage disproportionately affects poor and working class people.

In the case of the Marina, where some of SF’s most expensive homes stand, the damage was largely the result of liquefaction, a curious geological phenomenon that can cause soil to completely lose its integrity during an earthquake, a risk that’s much, much worse in areas built on landfill.

For a look at where liquefaction risks are higher or lower in SF neighborhoods, consult some of the map resources here.

What Kind of Home You Live In Matters Too

There’s no such thing as an earthquake-proof house, but there are ways to mitigate the risks. Steel frames, for example, can bend and sway quite a bit before they fail, and wood frames will twist before breaking if shaken violently from below.

Structural engineers warn that materials like concrete and masonry will break most easily in a tremor, which is why cities like San Francisco have much stricter building codes about how such buildings are reinforced.

Of particular worry are so-called soft-story homes–houses with a garage, retail space, or other large and mostly empty area on the bottom floor, with the rest of the home perched up top.

While this is an efficient use of space in an urban environment, in an earthquake it can be a formula for collapse. To see which soft-story homes in SF have been retrofitted for quake safety and which still pose a greater risk, consult the Department of Building Inspection’s latest Soft Story Status report.

You can of course insure your home against quake damage, just as with any other kind of natural disaster. But perhaps surprisingly, few people bother: Earlier this year, the firm Risk Management Solutions estimated that only ten percent of California homeowners invest in quake insurance.

Conventionally, most people in the state just don’t consider the purchase worth it, as damaging earthquakes happen so rarely. This of course is rolling the dice: A major quake eventually is inevitable. But since they’re much less frequent than, say, fires, most people prioritize other forms of coverage instead.

The future is always uncertain, and yet this has rarely seemed to do much to dampen demand for San Francisco living.

Earthquake anxiety, though unpleasant, can actually be a great buttress against complacency. Turn those fears into motivation to prepare–both your home and your person.