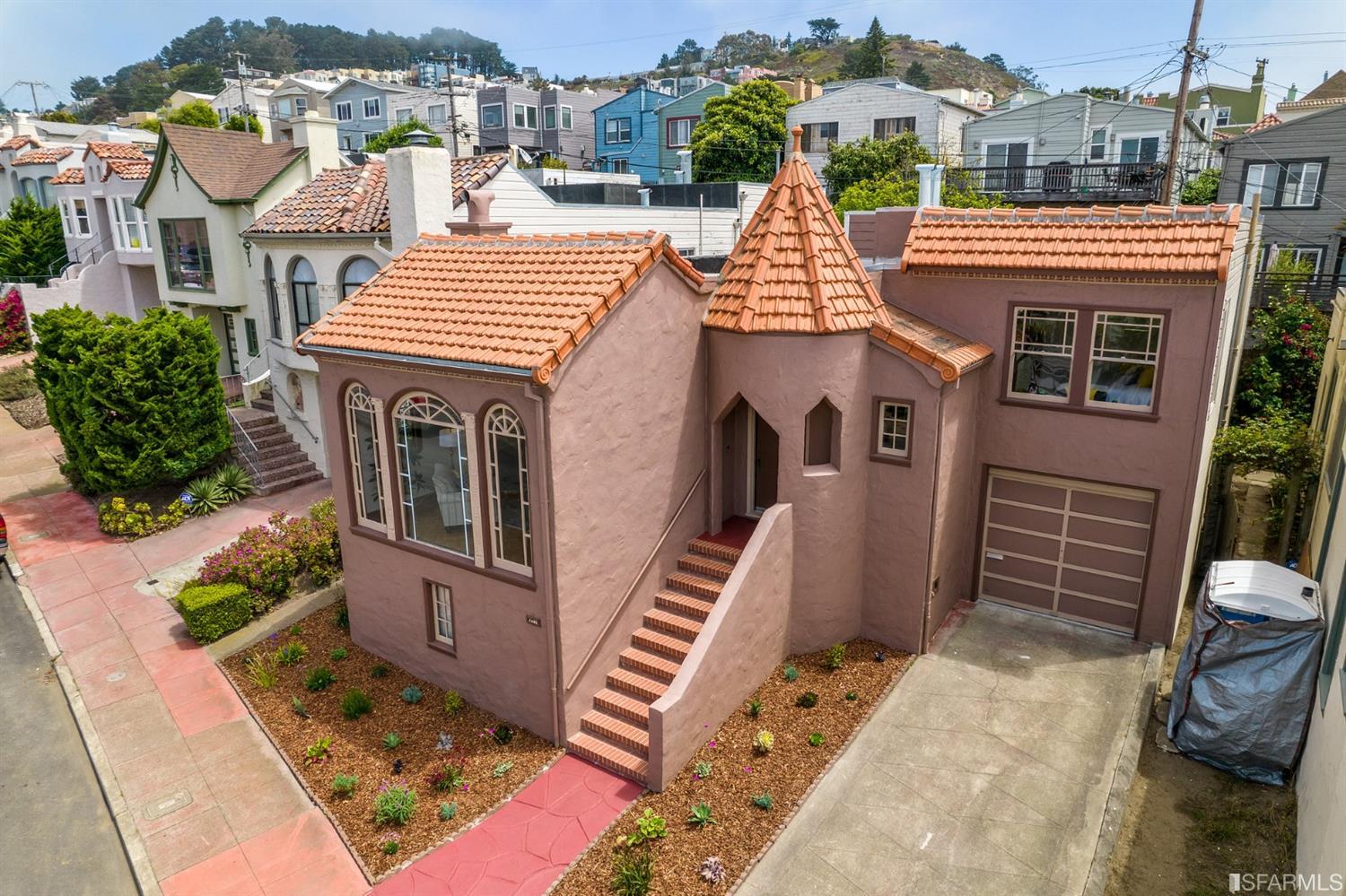 If you think about it, housing security seems to be a serious motivator in fairy tales.

But it’s hard not to notice that retiring to a castle or at the very least a nice cottage when all is said and done feels pretty instrumental to the whole genre.

Similarly, a house in San Francisco is many people’s idea of a dream come true, which is why it’s perhaps fitting that the occasional SF home adopts what critics like to call the Storybook style, as in the case of 2282 16th Avenue, a beautiful little three bed, two bath slice of cake circa 1928 that went on sale this week for the enchanted sum of $1.6 million.

Storybook homes–sometimes labeled the Fairytale or even “Disneyesque” style–was a housing fad peculiar to California in the early 20th century, with exterior facades modeled after the likes of “an eclectic mix of medieval fortifications, French farmhouses, English peasant cottages,” and other whimsical conceits, writes Texas-based housing designer Anni Lee.

Or at least, they’re meant to invoke certain cultural/pop cultural ideas of those terms–Lee compares them to period revival homes of the same era, but “not meant to be taken so seriously.”

Most Storybook stock pops up in Southern California, where design writer Kristin Hohenadel testifies that they became popular during the 1920s and 30s on account of Hollywood films and wider access to popular photography giving the public a taste for elements like miniature towers and turrets, intensely peaked roofs, thatched roofs, crooked walls, and artificially weathered building materials.

And as with most fairy tales there’s even a bit of a dark side to this narrative, as architect Arrol Gellner, author of the book Storybook Style, says that American soldiers returning from World War I gravitated toward “the romantic architecture of rural France and Germany”–before it fell victim to the ravages of war, that is.

By comparison, Storybook homes in San Francisco are more rare, but they do dot the landscape here and there, especially in the city’s western neighborhoods.

2282 16th Avenue is not the strongest example of the style in the city; in many ways it’s similar to nearby Mediterranean-style homes. But whoever put that Fairyland-esque turret over the front entry and lovingly crafted those roof tiles to recall thatching knew what they were doing.

Strawberry-pink is not often a successful color gambit on SF homes, but in this case it helps tie the other more whimsical elements together. Note that until a few years ago this place was a comparably dull tan color, so this was a smart transition.

Realtor Michael Yrazabal notes in the listing that “all corners are rounded” on the place’s original woodwork–nice touch. Whoever buys this place will have to spin a lot of straw into gold to fetch that $1.6 million price tag, but at least it’ll be a happy ending for them.