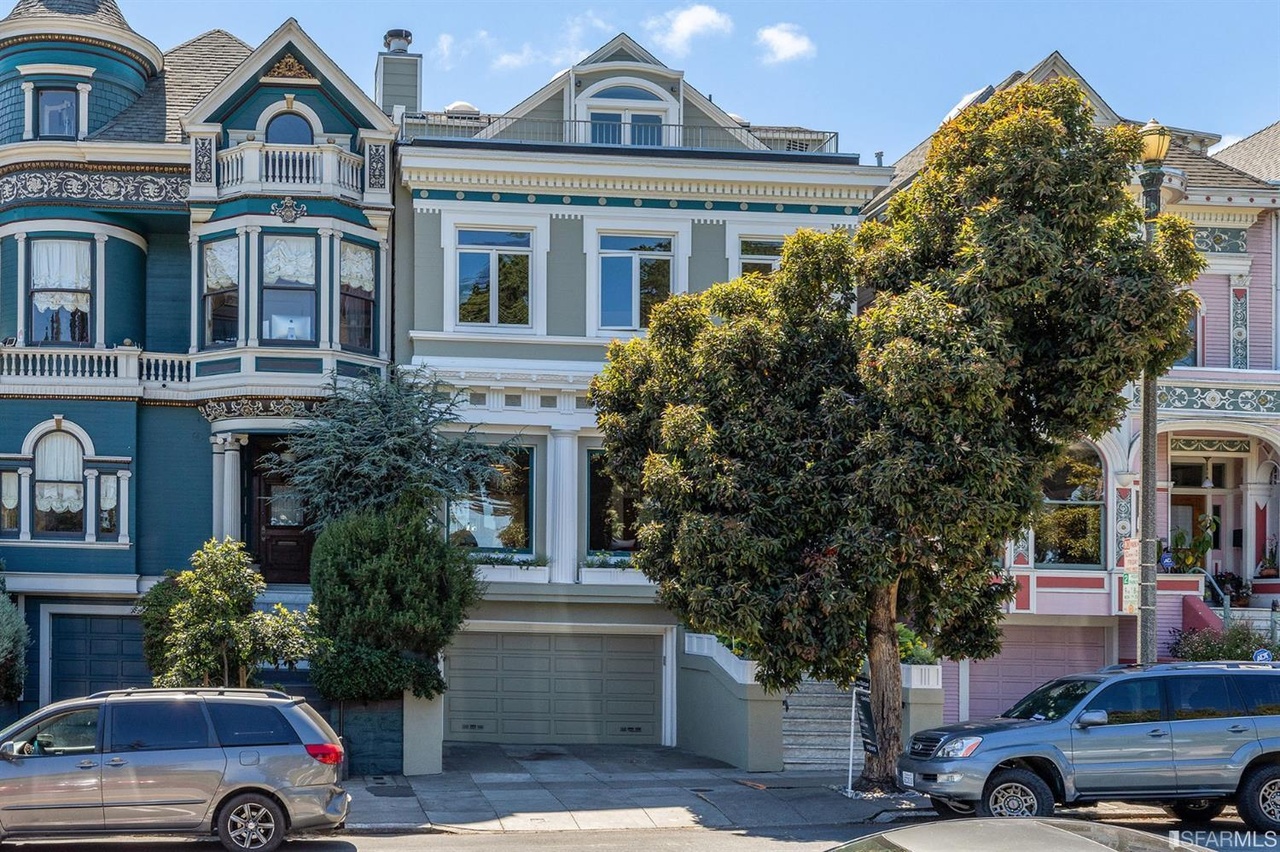 Just a stone’s throw away from Alamo Square’s Painted Ladies (not that it’s advisable to throw stones around such prized assets…), an enormous early 20th century house with a profoundly classy Edwardian exterior at 711 Scott Street just listed, asking an equally high-class $7.85 million.

The ad promises six beds, eight baths, and nearly 7,000 square feet of living space, all spread across four stories. Planning Department records date this home to 1910, and indicate that it hasn’t traded hands in a sale in over 20 years.

But the biggest draw here for curiosity seekers and deep-pocketed potential buyers alike may be the home’s history: For years, 711 Scott was the personal abode of legendary San Francisco restaurateur Leola King, the onetime matron of old school San Francisco institutions like the Blue Mirror and Oklahoma King’s.

So successful was King, who came to San Francisco alongside her father, a fellow restaurateur, in 1946 and soon became the first black woman to ever own a nightclub in SF, that she earned nicknames like “Queen of the Fillmore,” reflecting not only her wealth but also the esteemed company she kept.

According to King’s 2015 obituary in the San Francisco Bay View, “On any given evening, you might find the likes of Lena Horne, Joe Louis, Edward G. Robinson, Ernie Kovacs, Ray Charles, Charles Brown, Duke Ellington, Count Basie, [or] Cab Calloway” patronizing King’s establishments–or dropping by this same sumptuous Scott Street home where she once held court.

Sadly, King’s story is also a tragic one, as the shiftless San Francisco Redevelopment Agency destroyed many of her properties and seized others in their long war against the Fillmore, and she eventually went bankrupt in the 90s. Realtor Grace Shohet, who listed 711 Scott last week, confirms that this is indeed King’s onetime home, lost after a fire and foreclosure in 1998. The blaze and subsequent remodel mean that little of 711 Scott still looks as it did in King’s day.

A sad tale, but one that means that the exterior of this Scott Street stunner is one of the last visible artifacts of a great San Francisco legacy. City assessor records indicate this place last sold for $3.1 million in 2000. Whoever manages to come up with the princely sum it’s now asking can say without hyperbole that they live like both a queen–and a King.