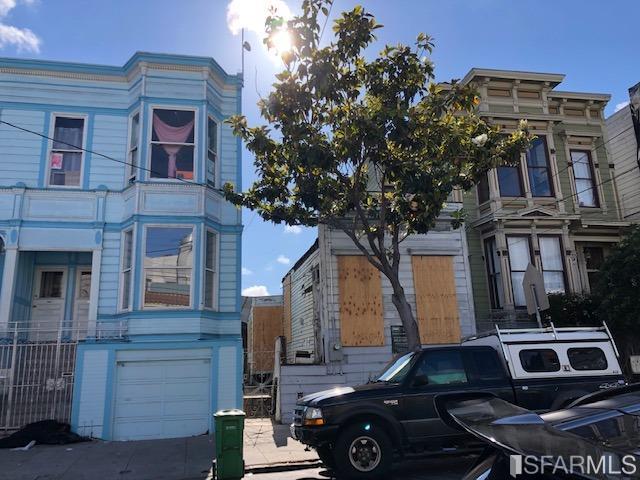 Here’s an imponderable riddle for housing watchers to consider: How much would you pay for nothing at all?

This is not an exercise in Zen enlightenment, but rather a potentially real question for anyone browsing the listing for 1180 Florida Street, as this single-family property in the Mission near the corner of 24th Street was paradoxically listed as a zero bed, zero bath house when it returned to the market earlier this month. (This place last went up for sale in 2020, without any luck that time.)

Of course, there really are rooms behind its boarded-up facade–city records reveal this, as does common sense–they’re just not in any condition that you’d actually want to live in them. The place is a complete teardown–realtor Ana Roqueta writes that it’s “in need of a total rehab,” and a 2018 building inspection indicated among other things that there are no utilities and the roof is caving in.

And yet this scrappy 1,062 square foot property listed earlier this month for $428,000. For perspective, that’s more than the median price of a single-family home in 21 California counties, according to the California Association of Realtors. (None of those counties are in the Bay Area though–obviously.)

But this is hardly the first time a teardown has demanded a princely sum in San Francisco—and it may actually be worth it, at least by a strictly market-value sense of the word “worth.”

Other Florida Street homes just a few blocks down are asking in excess of $3.4 million in some cases, and just two years ago a similarly unlivable property not far away in Potrero Hill sold for more than quadruple this price. The home itself is nothing more than proof of concept that this is a buildable plot of land, which is all that ambitious buyers are looking for.

To some observers it looks like madness–but to others, it’s just the market.