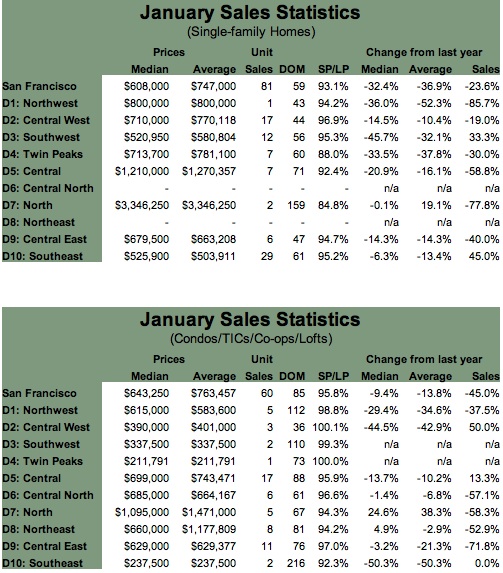 The median price for single-family, re-sale homes fell 14.2% in January from the month before, and it was down 32.4% year-over-year. The average price was off 11.7% month-over-month, and was down 36.9% compared to last January.

All of this is contrast to the rest of the Bay Area, excluding Marin which is following the San Francisco pattern, where rising sales have been the norm since the middle of last year.