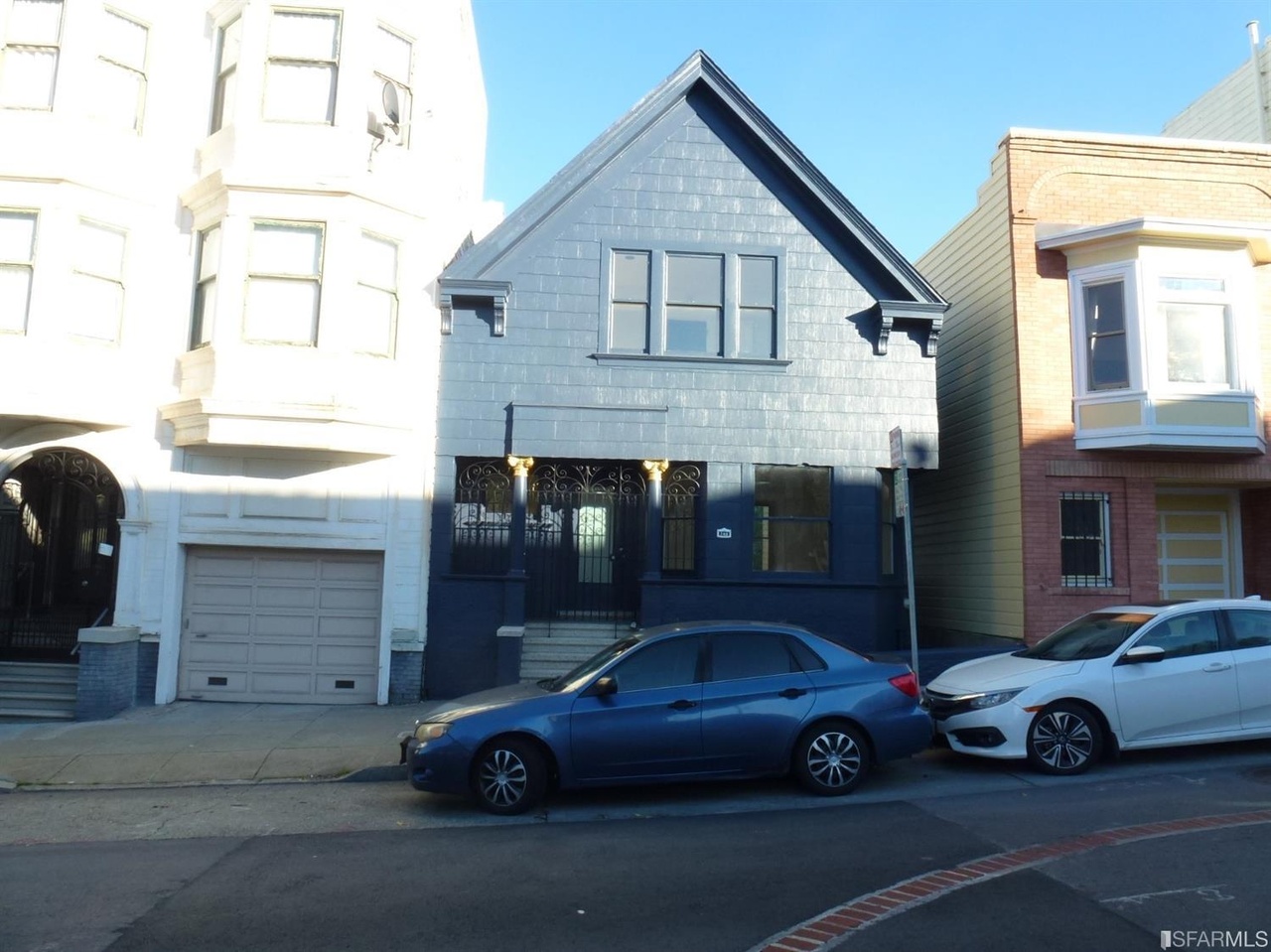 The new year is less than a week old but already busy on the home front, with 18 properties listing since the big ball dropped on Saturday.

But there was only a single property in the city with the chutzpah to actually go up for sale on New Year’s Day itself (at least on MLS): That was none other than 749 Guerrero Street, a sky-blue bit of Mission merch seeking just under $1.7 million for its three bed, two bath setup circa 1909.

The blue facade is a new addition, incidentally, trading in an ordinary white color scheme the place has sported for years. Data about whether the color of a house affects demand remains annoyingly ambiguous, but a new look is always handy for attracting a few new eyes if nothing else.)

Truth be known, this is the latest in a series of price cuts for the property: It first popped up on the market in April of last year seeking $1.85 million, dropped $100K off its asking in a series of two cuts over the next five weeks, then disappeared off the market in July.

This new price is actually angling for a bit of a loss: 749 Guerrero last sold in 2015 for over $1.63 million, which after inflation is the equivalent of more than $1.9 million now.

Per the latest ad, this property includes a rare full basement, which the listing suggests could easily convert into an ADU or some other additional living space that would drive the value higher; but the current owners evidently prefer to move on rather than take the plunge on it themselves.

So there it is: By accident or design, it’s SF’s first new home offering of the year. What the year holds for this place–or the rest of us, for that matter–remains to be seen.