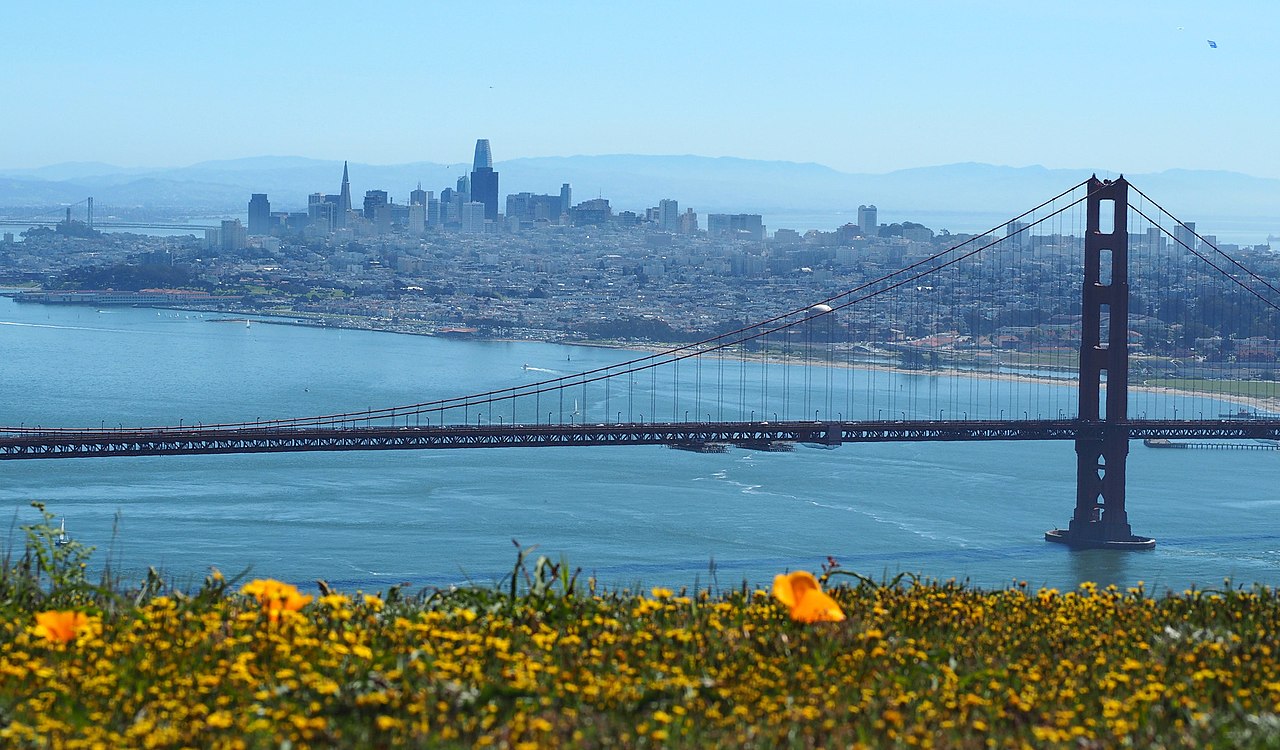 People have questions about San Francisco, and we’ve got the answers.

People use Google for all sorts of things, including trying to find information about our bayside city; some queries are everyday, some are highly specific, and some are even a little weird, but all of them are needful to one degree or another.

We consulted a search compilation tool which summarizes query data from Google and Bing and breaks down what questions people ask most often. Some of the most common inquiries about the city over the past 12 months were impossible to answer—either because they were malformed, redundant, or too strange—but for the top results that made clear and concise sense, we answer all right here.

Some readers may notice that SFGate did a similar experiment to this some months ago; however, I first did it years before that, so fair’s fair.

Why is San Francisco famous? Geez, where to start? The city’s initial claim to fame was as a hub for the Gold Rush; the city itself lacked gold fields of course, but it was the critical port and marketplace that supported the diggings further inland. SF’s population exploded in a very, very short period, creating a sprawling new melting pot in a rough-and-tumble frontier town atmosphere without many of the binding social mores of other big cities.

The promise of fast riches, social mobility, and American bohemia proved attractive to many, and to a degree this reputation continues to this day, although the fine details vary from generation to generation. SF has been famous for a lot of other things over the years of course: Art, literature, manufacturing, Victorian architecture, seismic activity, the Golden Gate Bridge, tech–really this is much too complicated of a question for one short answer. Of course, most people reading this already have their own answers–which leads us to wonder why so many are Googling it?

Why is San Francisco so expensive? Well for starters, major metropolitan cities are almost always expensive, simply because they concentrate demand for necessarily finite resources, whereas outlying rural areas tend to be cheaper because fewer people want to live there, as evidenced by the fact that, well, fewer people live there. (Try to follow us on this one).

But in this case people are almost always talking about SF’s housing costs, which again are a problem that stretches back to 1849, when demand for new housing was so high that ships that sat unguarded in the bay too long might disappear plank by plank to serve as fodder for new construction. San Francisco has basically never had “enough” housing–the only thing that varies is the scope of the problem and how much public attention it gets.

Why is San Francisco cold in the summer? People who have never been to San Francisco might not realize that the city is situated on the tip of a peninsula, surrounded by water on three sides and constantly buffeted by cool ocean air. This of course is the secret of our signature San Francisco fog, which bypasses the surrounding mountains essentially only at this one spot via the entrance to the bay and chills us out to an even greater degree.

The nearby Central Valley is always sucking colder coastal air toward/into it–via a path that passes right through San Francisco, your handy marine layer superhighway. Naturally, this means the hotter it gets inland, the more cold air it’s going to siphon–right through us.

Will San Francisco shut down again? Anything is possible, but while a small number of prohibitions are still in effect since summer, pretty much every kind of business remains open. While SF did ride a spike of COVID-19 cases during the spring that drove public anxiety about a return to the “lockdown” days, nothing much came of it–very probably because the worst of it was driven by unvaccinated residents, and nobody wants to be perceived as punishing the entire population for the sake of people who are mostly subjecting themselves to the disease of their own accord.

Are San Francisco cable cars free? Absolutely not, sad to say: The fare is up to $8.00 these days, which is basically highway–or railway?–robbery. What many SF residents may not realize is that your regular monthly Muni FastPass is also valid on the cable cars, so in a sense it’s “free” to you–that is to say, you’ve already paid for it (every month). Also of note: The cable car MUSEUM is actually free; not really what anyone was asking about, but worth checking out.

How did San Francisco gets its name? The city and county are both named after Mission San Francisco de Asís a la Laguna de los Dolores, itself named for St. Francis of Assisi, the 13th century friar and patron of animals. However, the city (then barely a hamlet) was originally “Yerba Buena”; 1847, Chief Magistrate Washington Bartlett changed the name to correspond with that of San Francisco Bay to “prevent confusion and mistakes.”

When San Francisco was founded? Depends on who you ask: Juan Bautista de Anza’s expedition raised the first Presidio in 1776, but for decades there wasn’t much else around except for the Presidio and the Mission, and it took until 1835 for someone to create the first independent residential homestead in what would one day become San Francisco, and it wasn’t until 1847 that the city got its current name. SF officially incorporated as a city in 1850.

Can San Francisco flood? Of course, just like any city built near a major body of water. Major flood risk is minimal compared to, say, cities build in hurricane zones, but the city has flood maps based on projections of major event storms that definitely bear perusing.

Can San Francisco have a tsunami? Not only can we, we actually had one recently, although it’s hardly surprising if few people remember: In 2011, a tsunami triggered by an 8.9 magnitude earthquake in Japan hit the coast of Northern California, San Francisco included. Of course by the time it got here the wave lost almost all of its mass and momentum, and while the result did unfortunately destroy a few boats and possibly killed one person much further north near Crescent City, by and large nobody really noticed.

Could San Francisco experience a nearby tsunami triggered from one of our local fault lines? Yes, potentially; Stanford seismologist Greg Beroza says that while the San Andreas fault doesn’t raise or drop the ocean, for example, it could set off a monster wave incidentally by causing an underwater landslide or similar marine disaster. While it’s perfectly possible, it seems nobody has ever recorded such a wave.

Can San Francisco survive an earthquake? Yes, of course; we always have in the past anyway, and other cities have recovered from even more serious earthquakes and disasters than SF has faced. What people probably really mean when they ask this kind of thing is how a major quake would effect them directly: Would I lose my home, would I lose my livelihood, would I be inured or killed, would my life ever be the same, etc?

Unfortunately nobody can answer such existential queries; it’s like asking “How much longer will I live?” We can study statistics and assess the odds and give you some rough idea of potential outcomes, but the future is just not for anybody to know. In our experience, earthquake anxiety is very common among people who are moving to or considering moving to San Francisco, but those who have lived here for even a short time generally don’t give it much thought.

Where in San Francisco is the Full House house? That’s 1709 Broderick Street in Lower Pac Heights. In reality the house had very little to do with the show, being used only for a few exterior shots, but such is the power of TV magic that it remains one of SF’s most popular attractions, at least with Millennials.

Which San Francisco building is sinking? Millennium Tower at 301 Mission Street. All tall buildings sink, of course, it’s part of their design, but the accelerated sinking and tilting at this high-priced condo hub has caused significant structural damage and hassle for moneyed homeowners. Note that Millennium Tower is actually two buildings, and the shorter “residences” structure has never suffered any problems.

Which San Francisco neighborhood should I live in? Realistically, whichever one you can afford. Most people pick the neighborhood that caters to their circumstances: The one where they have a place lined up, the one where they know someone, the one close to work or school or an easy route there, etc. It is of course fun to imagine shopping for your pick of a neighborhood, so keep an eye out for our Front Steps neighborhood guides starting in December.

What is San Francisco’s area code? The 415 area code was so closely identified with San Francisco’s cultural identity for so long that the recent addition of the alternate 628 actually struck some longtime locals as an insult of sorts. In reality it’s merely practical: Households own a lot more phones now than they did in the old days, necessitating more phone numbers. Purists still stand on the authenticity of the old number.

Can San Francisco be saved? This is a weird question, and it probably reveals a lot about the assumptions and politics of the people asking it. However, it’s also the headline of a 2017 story in Fortune, and presumably a lot of people Googling the phrase are just searching for that; a reminder that these metrics are never entirely organic.