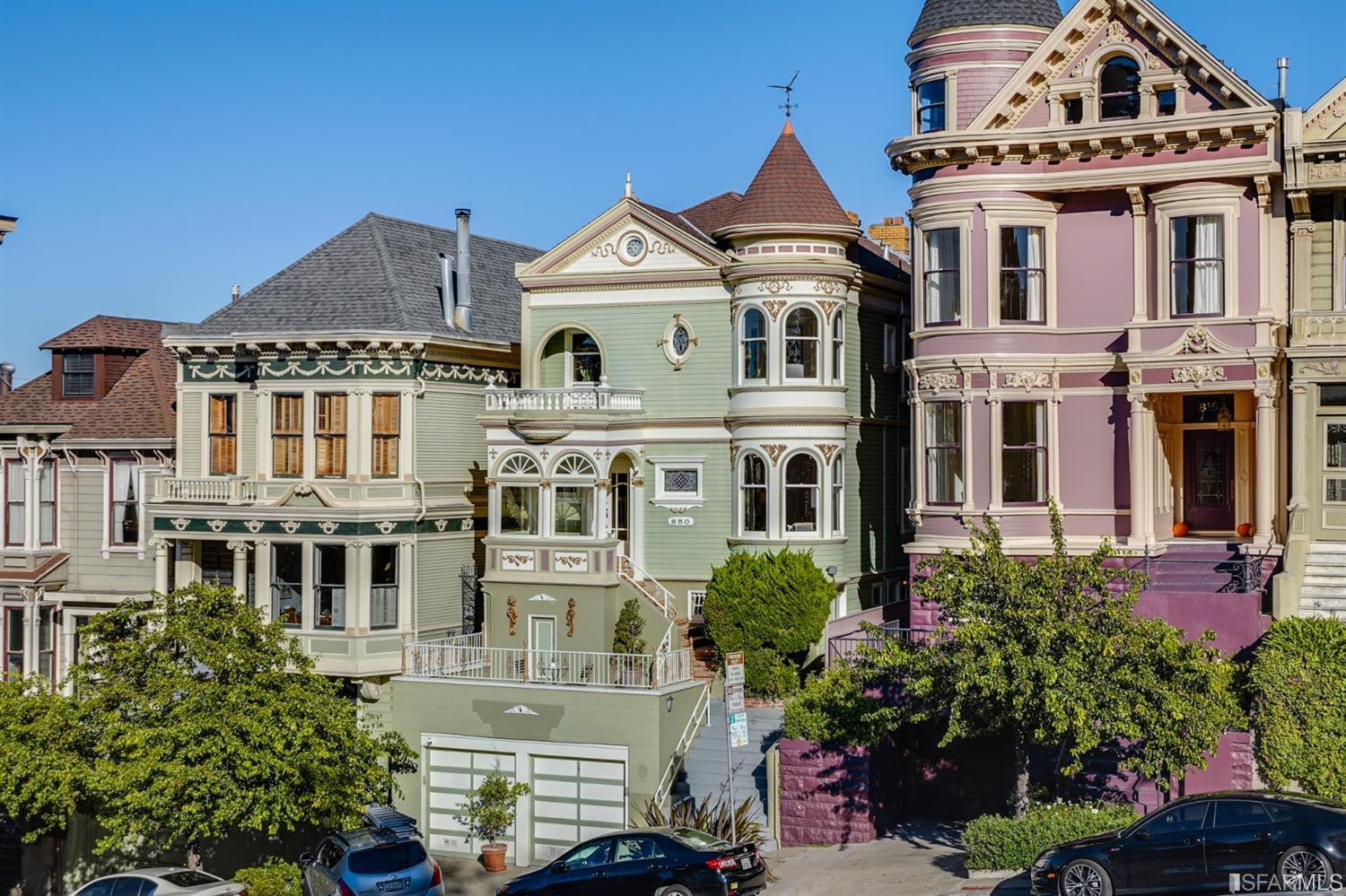 Just so we’re clear, 850 Steiner Street, the four bed, six bath, dramatically turreted Victorian that went up for sale today asking more than $5.12 million, is not one of the most famous houses in San Francisco.

But it is close; as in, geographically, it’s extremely close to the Postcard Row Victorians on Steiner street–just about a block away, in fact.

While the new listing calls this 1899 home a “centerpiece” of the row, really it’s on the edge. Admittedly, this is a bit of an arbitrary distinction, as many homes on these same blocks are just as historic, picturesque, and, in this day and age, incredibly pricy as the Painted Ladies–but you still won’t see 850 Steiner in many postcards.

But that’s probably a good thing in the estimation of many buyers who don’t necessarily want the hassle of living in a tourist attraction anyway. The last time this old place sold was back in 2010, for the surprisingly slender sum of just over $1.26 million–a little less than $1.6 million after inflation–making this new bid more than quadruple the old home value.

If 850 Steiner looks familiar, it might be because this was more recently for sale in 2017, first listing for $5.6 million, then late cutting the price down to more than $4.99 million, and then finally cancelling altogether after 65 days on the market. That ad promised a “very motivated seller,” but apparently motivation is in the eye of the beholder.

Incidentally, that 2010 sale took over 240 days. For all of 2010, the citywide median was 46 days on market, and the median list price was less than $750K–so it really was an entirely different world than we’re dealing with today. Maybe even several worlds away.

There has been some work done on the place since then, including replacing the back deck, adding and legalizing some additional baths, and a kitchen renovation in 2010.