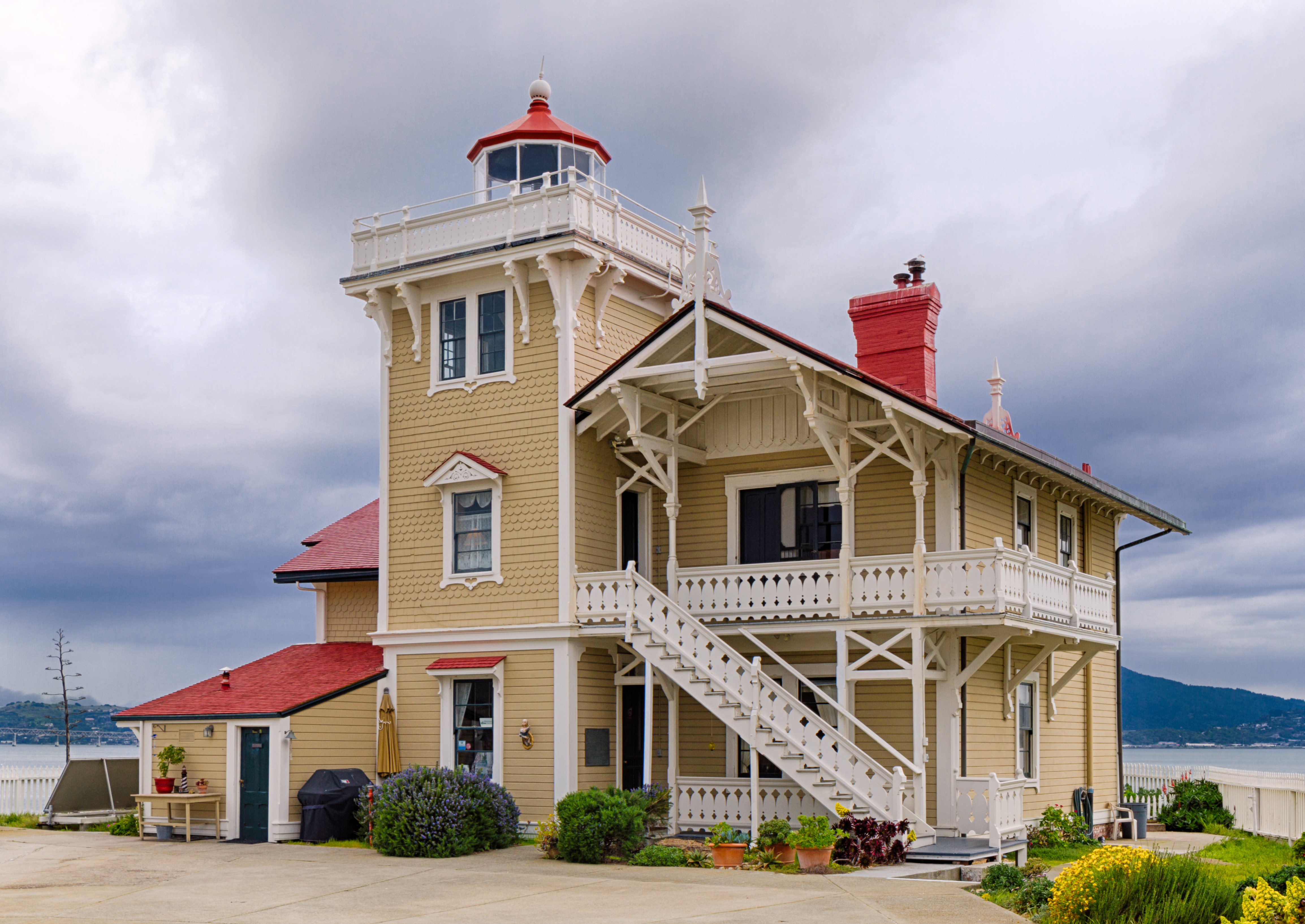 How much would they have to pay you to live on a deserted island in the middle of the bay?

If your answer is somewhere in the neighborhood of $140K per year then you might be in luck, as SFGate has it that Richmond’s East Brother Light Station is once again looking for brave and enterprising tenants to take over lighthouse keeper/innkeeper duties at this obscure locale.

East Brother Light Station might sound like the name of a fringe religious sect that makes you vaguely nervous at the airport, but it’s actually a critical piece of Bay Area maritime infrastructure–and possibly a chance to permanently get away from it all, for anyone with courage to answer the call.

What the heck is East Brother Island? East Brother and West Brother are a pair of small islands right off of Point San Pablo. East Brother, the larger of the two, is significant because the US Coast Guard set a lighthouse and foghorn there in 1873.

Why is there an inn? Since 1979, a private non-profit licenses and maintains the island property, after stepping in to prevent the Coast Guard from demolishing the old place decades ago. The bed-and-breakfast runs four days a week, and the proceeds pay to maintain the historic property. Which is where the job offer comes in.

What’s the gig? According to a June press release, the East Brother Light Station “is seeking applicants for innkeepers of the bed and breakfast inn,” ideally a “two-person team or couple” who will collectively serve as managers, chefs, maids, and all other staff for the five-room establishment. Note that the inn has been closed for more than a year due to COVID-19.

Why would anyone want this job? The salary listed right now is $140K annually–up $10K from the last time this job opened up back in 2019. But the primary compensation is presumably that whoever lands it will be leaving their old life behind and running off to live at the beautiful and remote East Brother locale themselves, the kind of thing people usually do in paperbacks or during particularly wistful daydreams while standing in line for coffee.

What’s the catch? Well, again, you’d be living out there on an island with a lighthouse and not much else; while this is seemingly the charm of the whole arrangement, the potential to go stir-crazy seems pronounced. The island has no access to TV or Wi-Fi, and at least one person working the job has to have a license to operate a commercial boat, which serves not only to ferry customers to and from shore but will also be your only way on or off as well. They’ve had trouble keeping the power on in the last year too, as the Coast Guard is not terribly interested in maintaining anything beyond the light itself.

Is it a nice place? Actually yes, the main house is an 1873 Victorian with beautiful baroque details, and with so many of its landlubber cousins falling prey to questionable renovations in recent years it’s becoming an increasingly unique artifact of older interior styles. The island itself is barely bigger than the light station so there’s not much to say about the scenery, but the sunsets are really something.