It’s no wonder people want to live in the San Francisco Bay Area, because of our climate and general awesomeness, but did you ever stop for a second and take a look at some of your neighbors that also want to live here? Neighbors that just happen to be inventing products and services that are changing the world. 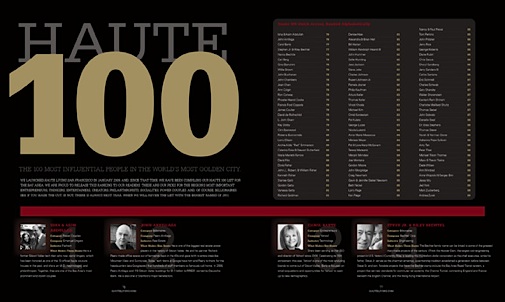 Haute Living has compiled their list of The 100 Most Influential People in the World’s Most Golden City…you know, the “most important entrepreneurs, thinkers, entertainers, creators, philanthropists, socialites, power couples, and, of course, billionaires” that just happen to be your neighbors. It’s some of these people that are buying our best slices of pie in the sky, creating jobs, and changing the world. Why wouldn’t you want to live where they live? Things are good here.

The list definitely worth a look and a consideration as to why real estate in the San Francisco Bay Area continues to outshine the rest of the nation and remains a very solid long term investment.

One thought on “When Thinking Real Estate, Think About Your Neighbors”