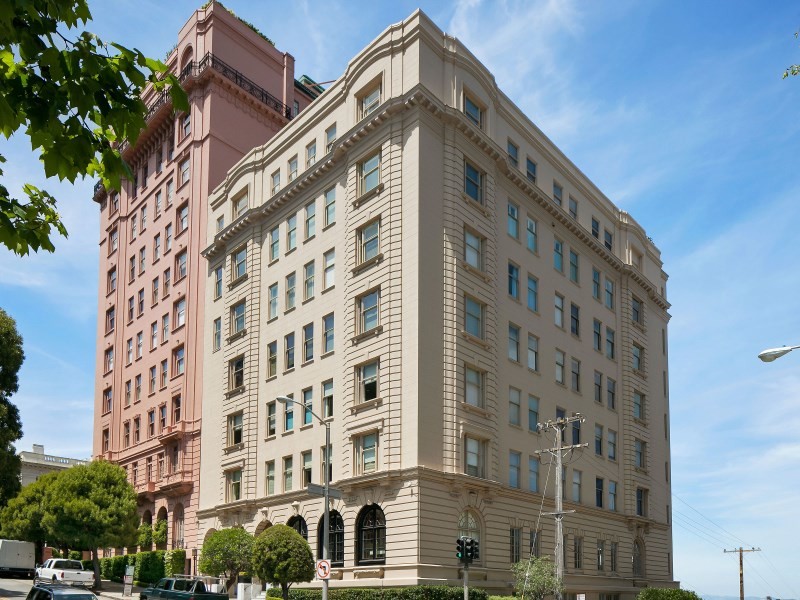 This is Maximum Luxury, a column where we nose around listings for some of the most expensive properties in San Francisco history, for no other reason than that we simply can’t resist.

You probably remember the penthouse over at 2006 Washington Street, which if sold for asking would be the most expensive sale in SF history.

That very pricy pad is still waiting for its record-breaking buyer, but in the meantime a somewhat similar but technically (technically…) more modest offering is up just next door.

Yes, 2000 Washington Street is not nearly as tall, famous, or record-breaking as its immediate neighbor; why, this penthouse is only the FIFTH most expensive home currently for sale in all of San Francisco. How quaint!

At a mere $25 million it’s practically a steal compared to what’s on offer next door, right? In this case, the penthouse is a seventh-floor setup, here described as “one of only two pre-war duplex penthouses in Pacific Heights” and “designed by architect Andrew Skurman, whose design for the penthouse received the Julia Morgan Award.”

That’s true, incidentally, Andrew Skurman Architects took the award five times, including once for a “duplex penthouse apartment” in San Francisco in 2014 that indeed is clearly this same place, although it is interesting to compare the details from then and now.

That was also the year of this penthouse’s most recent sale, at the time for $16 million.

There may be some confusion for Zillow users over whether this unit is for sale now; it definitely is (it went up on May 17), but the Zillow listing has it as “cancelled.”

The reason for this becomes clear if we look at the MLS history: The agent initially listed this place under an alternative address, cancelled that one, then listed it again.

Once again, we swear we’re not airing some sort of vendetta against Zillow, we’re just trying to make it easier for people to avoid these errors. Of course, here we don’t have those kinds of problems.