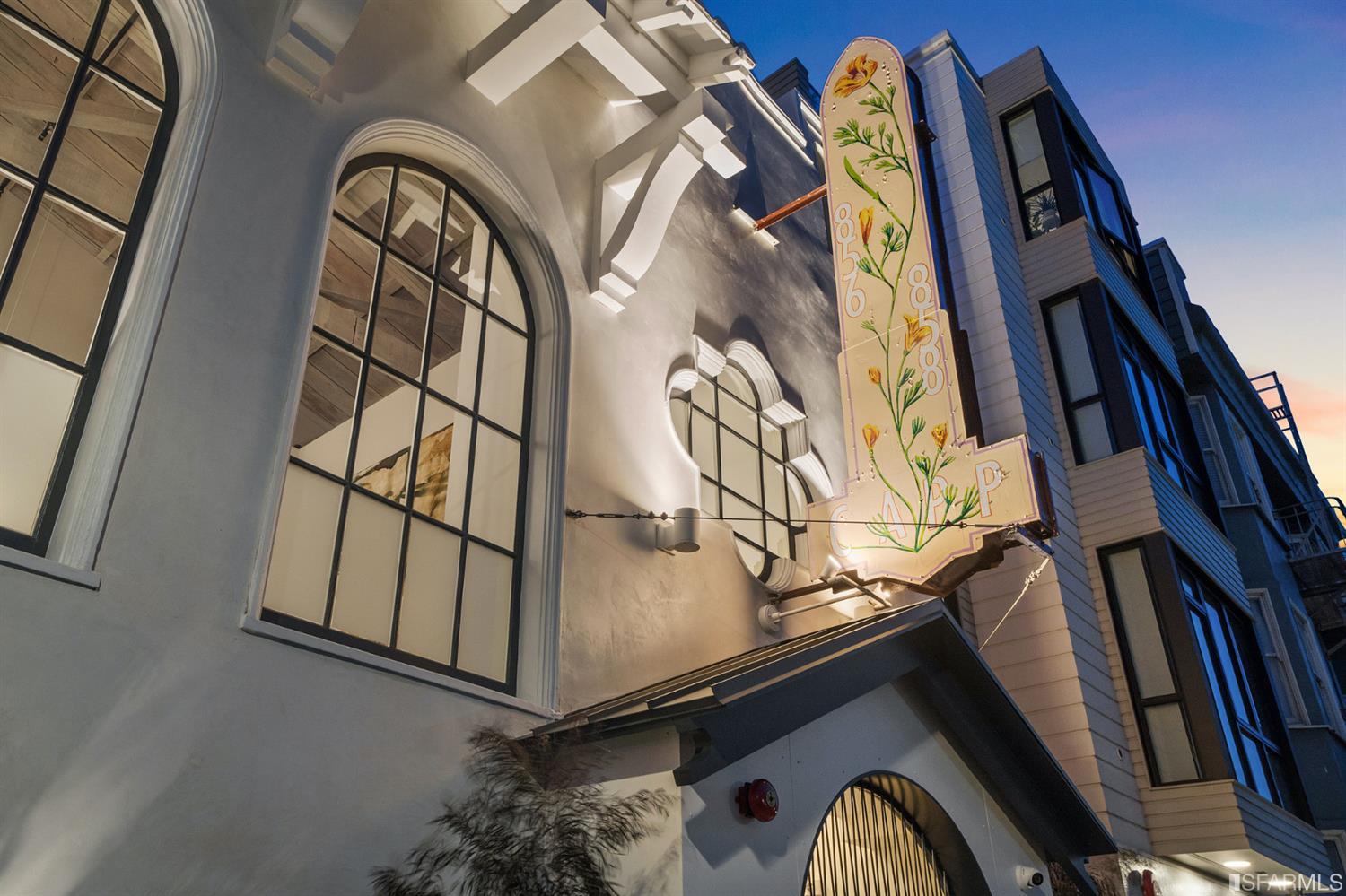 Former churches and other houses of worship can be tricky housing development prospects: They’re often located on prime residential real estate in popular neighborhoods, but they they also often need a lot of work, and in many cases are historically protected properties in SF.

Because of their spacious interiors, churches-turned-condos frequently end up looking like industrial lofts, with high ceilings, big windows, and lots of space–and the new unit at 856 Capp Street looks dead-on for that profile.

This building dates possibly as far back as 1880 (although the listing only goes so far as 1927) but the conversion went into effect just last year, yielding nine high-end new homes right next to 24th Street BART.

Previously, this building belonged to the Iglesia Del Pacto Evangelico family of churches. That congregation shuts its doors sometime around 2013, after a fire damaged a neighboring home on the same lot.

A second church group moved in, but that setup was evidently temporary, as the owners already planned to sell the place to developers.

Those development plans stretch back to 2015 but only just took shape last year–because after all this is San Francisco and even miracle work can only speed things up so far.

Of the resulting nine units, seven have already sold, netting paydays up to $1.9 million, and an eighth went on the market in February for just under $1.75M.

That leaves this new listing as the last to make a showing, seeking $1.55M for two beds and 2.5 baths. By way of a historic curiosity, there’s an actual 1906 earthquake shack on the property–you can scope it via satellite on Google Maps–which the conversion per law kept intact, but it doesn’t appear to be part of the deal.