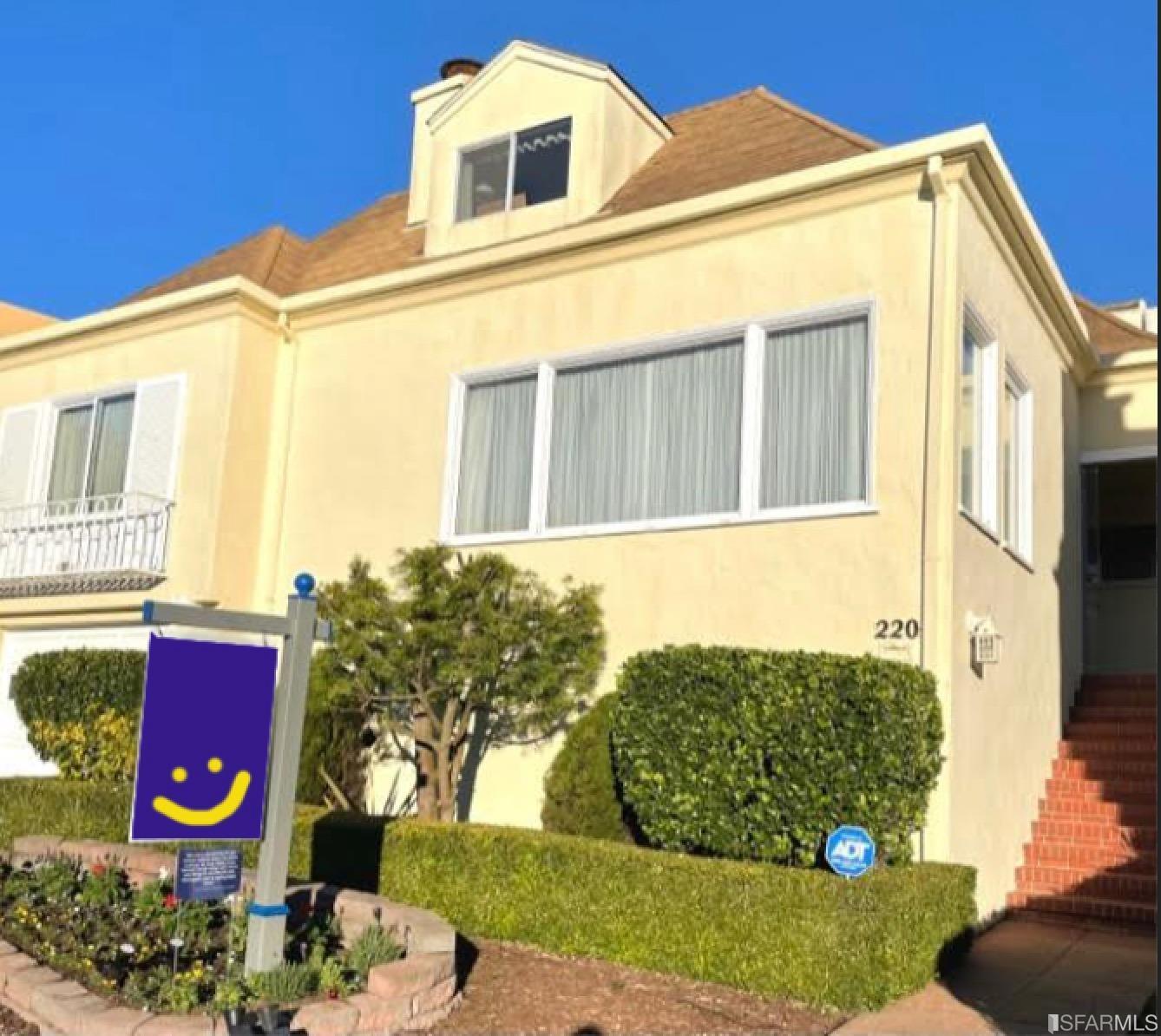 Here’s a riddle for you: 220 Westgate Drive is a four bed, two bath house that just went up for sale near Balboa Terrace, so what does this place have to do with St. Mary’s Cathedral, clear across town? Well, answering that demands some history:.

Old St. Mary’s has overlooked Chinatown since 1854; another St. Mary’s Cathedral appeared on Van Ness in 1970 and is noted for its, ah, distinctive profile when the sun hits a certain angle. (We’ll leave it at that.)

But unbeknownst to many today, there was once another St. Mary’s in San Francisco, built near this same spot on Van Ness in 1891, a towering neogothic red brick affair somewhat similar to its Chinatown cousin, overseeing the intersection of O’Farrell and Van Ness.

If you’re wondering why you’ve never noticed any such cathedral these days and also what any of this has to do with this home listing, both answers lie in a tragic September evening in 1962 when fire consumed most of the interior of the second St. Mary’s, apparently an act of arson.

The inside was a loss, but as you can see from the file photo, most of the brick-clad exterior survived. Rather than renovate the place, as they did with Old St. Mary’s across town after the 1906 fire, the archdiocese elected to demolish the damaged church and replace it with the nearby modern building and its, ahem, distinctive anatomy.

When demolishing undamaged parts of a damaged building, where do the materials go? Probably most of us would guess they’re simply thrown away, and in many cases that’s true, but sometimes bits of old buildings end up salvaged for new construction–in this case, ending up as part of the patio of this house at 220 Westbrook. Who knew?

We’re not sure how much of the value of nearly $2.25 million price tag this place is currently seeking is in those bricks, mind you. But note that good brickwork can last centuries but, sadly, is rarely afforded the opportunity in most cases, so if nothing else the eventual buyer will be investing in construction with staying power.